The Selecao’s streak of 10 consecutive wins comes to an end; Peru beat Venezuela 1-0 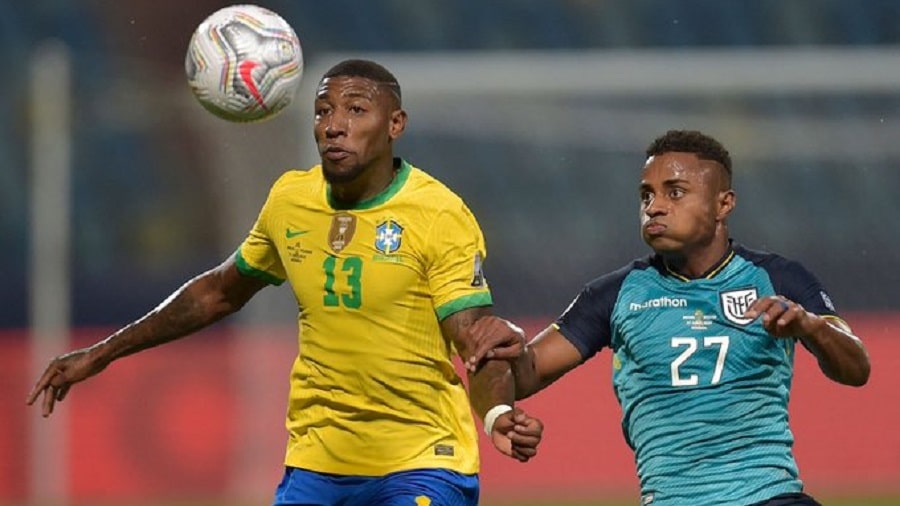 Brazil's next challenge will be either against Uruguay or Chile, the two teams which can finish fourth in Group A.
Twitter/@FCBarcelonaFI
Our Bureau, PTI   |   Published 28.06.21, 11:11 AM

Ecuador held a below-strength Brazil to a 1-1 draw to secure a spot in the Copa America quarterfinals. Neymar, defender Thiago Silva and striker Gabriel Jesus didn't play against Ecuador at the Olimpico Stadium in Goiânia. The draw moved Ecuador to fourth spot in Group B, eliminating Venezuela and likely setting up a quarterfinal match against Argentina. Brazil had already secured top spot in the group before the match began, allowing coach Tite to continue testing his lineup with an eye on the 2022 World Cup in Qatar.

The defending champions opened the scoring in the 37th minute with a header by Eder Militao after a corner. Angel Mena equalised for Ecuador in the 53rd when he finished with an angled shot in front of goalkeeper Alisson. The draw ended a streak of 10 consecutive Brazil wins.

Brazil's next challenge will be either against Uruguay or Chile, the two teams which can finish fourth in Group A.

Ecuador coach Gustavo Alfaro feels certain his team will face Argentina in the next stage of the tournament, but adds the draw with Brazil gives him confidence.

"We know who we are and that we can have a good game like the ones we had against Colombia, Peru and Brazil. There's no reason why we couldn't do it against Argentina," said Alfaro, who is Argentinian.

"We respect the hierarchy of Colombia, Uruguay, Brazil and Argentina, but we don't fear. I want them to play like they have played so far."

Brazil defender Marquinhos said the game against Ecuador was important for Brazil "so all players of the squad could have at least some time of play, so everyone can be ready when knockout begins".

"Also," he added, "players who were tired had some rest so they can go to the knockout and play their best."

Marquinhos also expressed concern about the pitch at the Nilton Santos Stadium in Rio de Janeiro, where Brazil will play in the quarterfinals and, if they win, in the semifinals of the tournament.

Peru beat Venezuela 1-0 with a goal by Andr Carillo from close range in the 48th minute. The Venezuelans needed a win to progress to the playoff stage. The Peruvians started the tournament being hammered by Brazil 4-0, but recovered after a 2-1 win over Colombia. The 2-2 draw against Ecuador had already put the team close to securing its knockout stage place.

"Peru was overcoming itself as matches went on. We played against very intense teams and had little time to recover," coach Ricardo Gareca said.

"To impose ourselves against different adversities and manage to get a spot fairly speaks clearly about the fortitude (of) this national team."

Group B ended with Brazil on 10 points, followed by Peru (7), Colombia (4), Ecuador (3) and Venezuela (2). The top four in each group advance. Argentina leads Group A, which will be decided on Monday.

Lionel Messi's team could only lose top spot if they fail to beat already-eliminated Bolivia and Paraguay wins against Uruguay.