The US Open champion, who competed in karting and motocross events as a child and is a big fan of Formula One, said Hamilton was a “really cool guy” 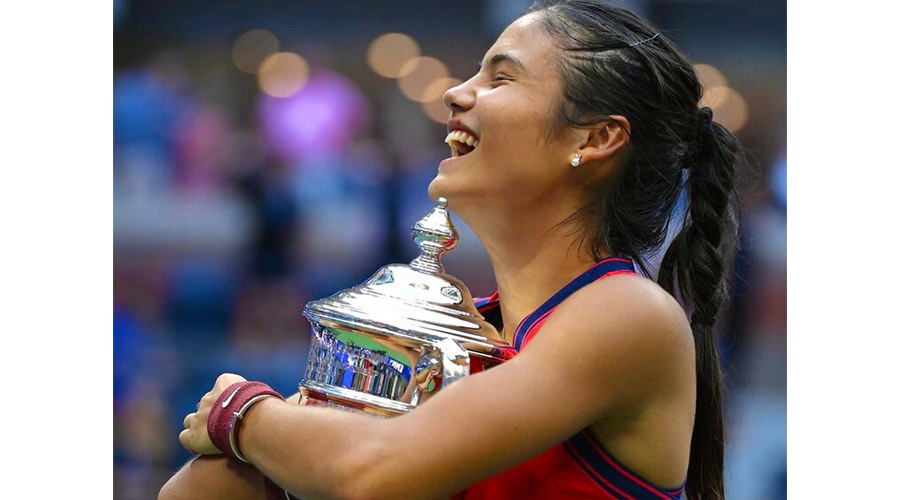 US Open champion Emma Raducanu has thanked Lewis Hamilton for his advice and support since her thrilling maiden grand slam win in September, describing the seven-time Formula One world champion as her role model.

Raducanu was speaking after her straight-sets win over Elena-Gabriela Ruse at an exhibition event in London on Sunday,

Playing 79 days after an extraordinary run in New York culminated in victory over Canada’s Leylah Fernandez and being crowned Britain’s new tennis queen, the 19-year-old enjoyed a belated homecoming at the Victorian concert hall.

With respect to the former big names appearing at this week’s Champions Tennis event, the crowd had only come to see Raducanu, who has risen from obscurity to become one of the world’s most marketable athletes.

Raducanu, who competed in karting and motocross events as a child and is a big fan of Formula One, said Hamilton was a “really cool guy”.

“Hamilton said: ‘Be patient, you’ve just got to ride the wave. It’s all good. Don’t worry’. Good reassurance. He has been such a good role model for me in terms of helping me out through the next stages,” Raducanu told British media. The 19-year-old also shrugged off talk of beating Hamilton to the BBC Sports Personality of the Year award next month

“No, definitely not. I am rooting for Lewis in the race,” she said.

“I just don’t even think about it. For me, it’s something that’s so far out of the realms of possibility.”

Raducanu, who is preparing for the 2022 season by undergoing intense five-hour daily training sessions, also spoke about her personal goals. “It was amazing to play at home in front of everyone here,” she said. “I started my pre-season this week on Tuesday. I’ve done a lot of fitness but not so much tennis, so I was nervous coming out to play in front of everyone.

“For me, my expectations of myself are to keep improving, I want to look back at the end of the year and see that I made gains in different areas,” she said.

“I know it will take a lot of patience to get to where I want to be and smooth out that consistency. It's all about building robustness physically. It will be my first calendar year on the tour, it will be a cool experience to play a full schedule. I’m still quite young. We will learn and get better.”