CoA suspends Pandya and Rahul, both set for first flight back home 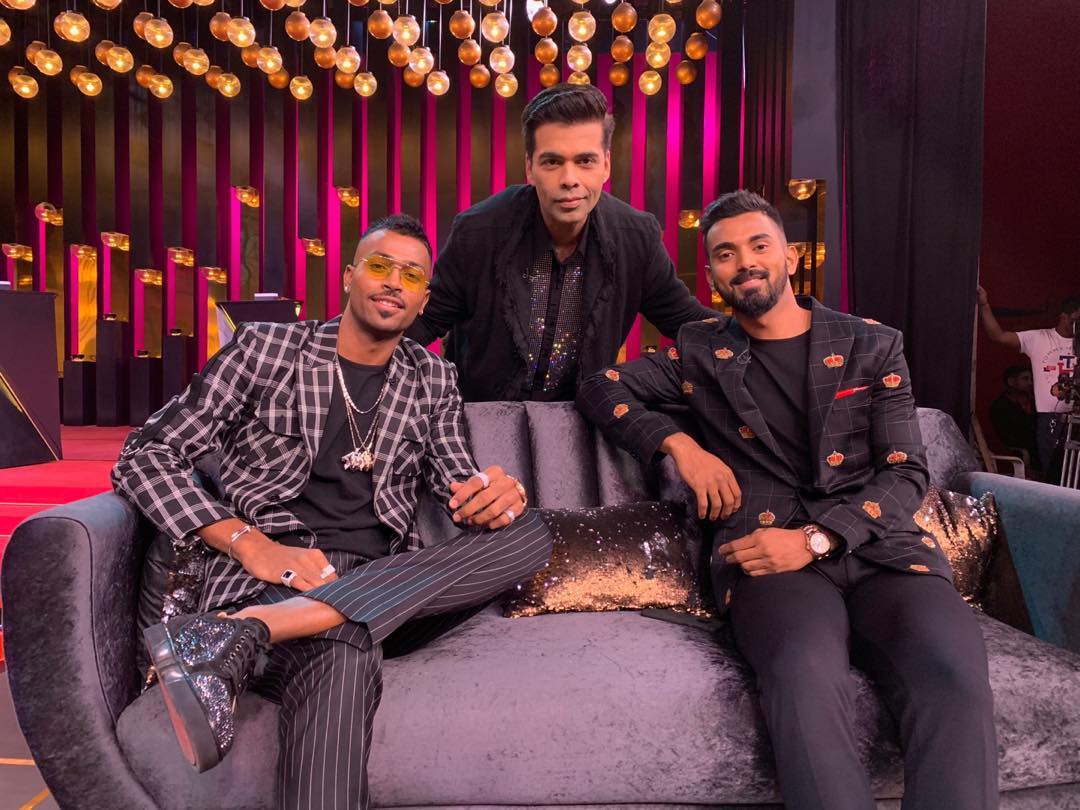 KL Rahul (right) and Hardik Pandya (left) have each been served a second show-cause notice, all because of appearing on Karan Johar’s talk show on TV and inappropriate comments by Pandya.
Instagram/Hardik Pandya
Lokendra Pratap Sahi   |   Sydney   |   Published 11.01.19, 10:50 PM

K.L. Rahul and Hardik Pandya have, pending completion of a disciplinary enquiry, been suspended by the Supreme Court-appointed Committee of Administrators (CoA).

The decision, based on the opinion provided by the Board of Control for Cricket in India (BCCI)’s legal consultants, was conveyed to the team management and the players around 11.00 pm local time on Friday.

Pandya and Rahul will head back home, possibly by the first available flight, on Saturday itself.

To Diana goes the credit for not only initiating steps leading to the suspensions, but being proactive for the past four days.

Rahul and Pandya have also each been served a second show-cause notice, all because of appearing on Karan Johar’s talk show on TV and inappropriate comments by Pandya.

After the stink raised by Amitabh, both the suspension letters and the fresh show-cause notices have been signed by the CoA.

Rahul Johri, the BCCI’s CEO, had been eager to sign the second show-cause notice (for purposes of continuity), but Diana disapproved.

Amitabh must have chuckled.

Significantly, that Johri had been sent on ‘leave’ during the time allegations of sexual harassment against him were being probed, is something which came into play.

While Rahul obliged dozens of autograph and selfie seekers after the practice session in the afternoon, Pandya avoided contact with fans after he’d completed his session.

Pandya, in fact, chose to walk down a tennis court instead of taking the fenced-off passage leading to the practice area. On the way to the session, however, he’d taken the normal route.

Unusually, not one fan asked Pandya either for a selfie or autograph when he was walking in head bowed.

It couldn’t have been a nice feeling for Pandya, generally seen as the bindaas type.

“The first job was to suspend Pandya and Rahul, thereby sending the correct message. Now, the modalities of forming a disciplinary committee would be worked out. It’s an unusual situation as the BCCI elections haven’t been held under its new Constitution,” a well-placed source told The Telegraph.

An effort may be made to have Rai, Diana and the three office-bearers on the disciplinary committee.

At the pre-series Media conference, India captain Virat Kohli answered every question relating to Rahul and Pandya. He could have avoided, saying that the BCCI was looking into the affair, but didn’t take the easy way out.

Actually, Virat used the occasion to make his and the team’s position crystal clear.

“Whatever has happened is unfortunate, but certain things are out of your control...

“We are all waiting, like everyone else, to learn what the decision will be...

“From the Indian team’s point of view, we definitely don’t support any inappropriate comments...

“The two players have realised what went wrong and understand the magnitude of what has happened...

“While we are waiting for the decision, from the Indian team’s point, nothing changes in terms of our beliefs in the change room...

“It does nothing to the spirit we have been able to create within this change room...

“Purely individual opinions have been expressed (on the talk show) and the Indian team does not support such views...

“That has been communicated...

“As responsible cricketers, we don’t align with such opinions...

“When you don’t have control over some things, you have to adjust to the situation and address them the way they unfold before you.”

Virat couldn’t have put it any better.

While Pandya looked a certainty for the XI, his first India match since the injury during the Asia Cup, Rahul too may have played.

Virat’s planning has gone out of the window and no amount of coffee (sans Johar, please) is going to put things back in place quickly.

With the World Cup just months away, it’s a blow Virat and India could have done without. Indeed, he may well be seething.

Virat didn’t bat during the training session and left the SCG for the InterContinental before the rest of the team did.

The national selectors, meanwhile, have been advised to pick replacements.