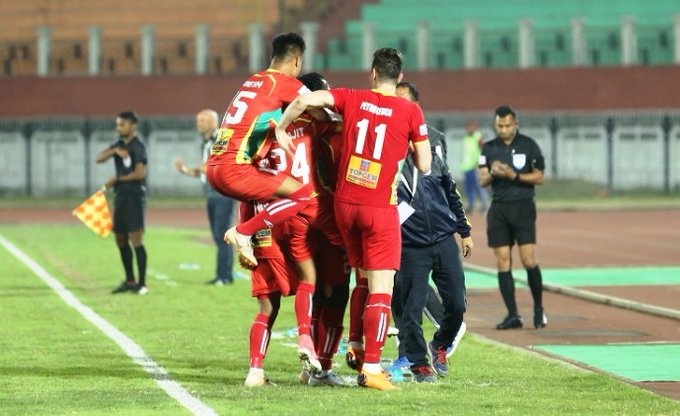 TRAU FC translated their attacking strategy into action as they beat Churchill Brothers by a solitary goal in a I-League 2019-20 fixture at Khuman Lampak Stadium here on Wednesday.

Trying to save themselves from relegation, TRAU have moved up to eight spot with 19 points from 16 matches from the win this evening, while Churchill Brothers slip to fourth spot with 20 points from 14 matches.

The lone goal came rather late, in the 77th minute, via a penalty. Churchill defender Robert Junior Primus brought down Princewill Emeka in a goalmouth melee. TRAU’sPatrick Oguchi Uche made no mistake in converting.

Meanwhile, in Srinagar, Real Kashmir FC registering a 1-0 victory over Neroca FC. One of Kashmir’s own, Danish Farooq, scored what turned out to be the match-winner.