For Chennaiyin FC, the win helps them keep alive their playoffs hopes in ISL 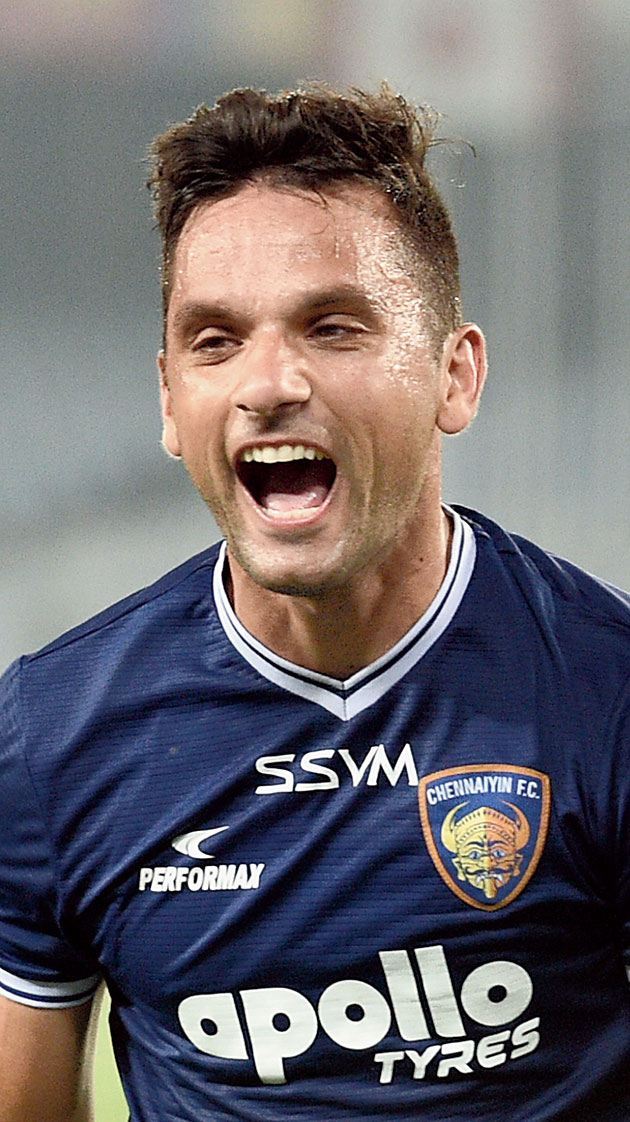 Chennaiyin FC took advantage of a malfunctioning midfield and a subdued Roy Krishna to prevail 3-1 over ATK in Sunday’s ISL VI clash here at the Salt Lake Stadium.

Rafael Crivellaro, Andre Schembri and a late strike by Nerijus Valskis did the needful for Chennaiyin, while for ATK, Roy pulled one back.

Sealing an AFC Champions League berth now gets tougher for ATK as they remain second post the defeat in what was their last home match of the season.

For Chennaiyin, the win helps them keep alive their playoffs hopes.

Right from the onset, the visitors spotted the gaps in the ATK defence and made good use of them, taking a lead as early as in the seventh minute.

Roy lost the ball to Eli Sabia and the latter passed it to Crivellaro, who ran almost 30 yards from the midfield before converting with a left-footed grounder, giving goalie Arindam Bhattacharjya no chance at all.

A little after the half-hour mark, Bhattacharjya did well to deny Chennaiyin, deflecting an attempt by Edwin Vanspaul Henry.

But soon after, ATK conceded yet another goal for which, Bhattacharjya was partly responsible.

His effort to clear Anirudh Thapa’s corner could have been better.

But it wasn’t so and all Schembri needed was to head the ball into an open net.

ATK, though, did try to bounce back as seconds after conceding the second goal, they reduced the margin.

Chennaiyin goalkeeper Vishal Kaith grassed the ball and it found its way into the goal after Roy tried a tap-in off Javier Hernandez’s aerial centre.

In the added time, rubbing salt into ATK’s wounds, Valskis calmly lobbed Thapa’s long ball over Bhattacharjya, who had advanced as far as beyond the 18-yard circle.

The ball was headed only way, confirming Chennaiyin’s victory and sending co-owner Abhishek Bachchan into euphoria.