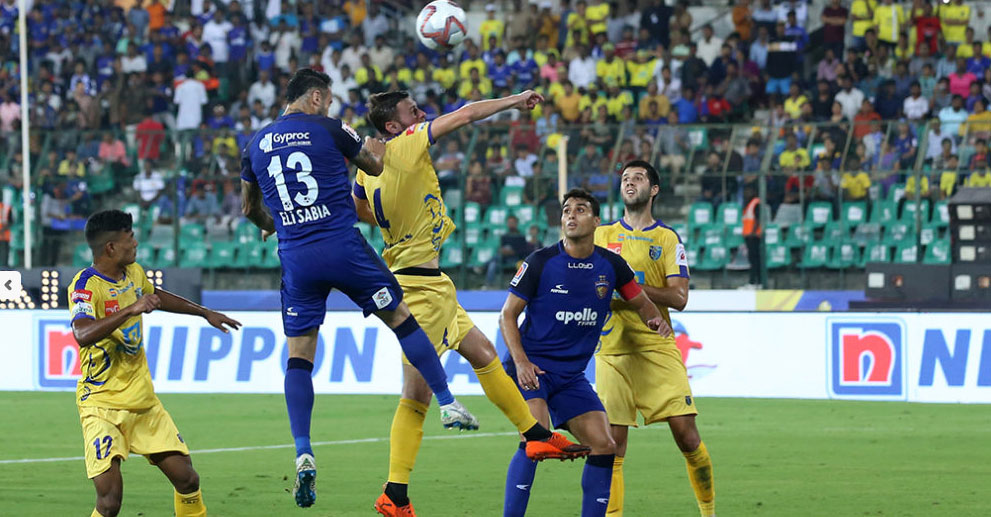 The game took a turn in the 25th minute when Chennaiyin caught the Kerala defence off-guard with a quick free-kick. Schembri was sent clear on goal and the Maltese striker squared it for Nerijus Valskis to turn it in.

However, the goal sparked huge protests from the Kerala players and officials, with the referee eventually disallowing it after consultation with the linesmen.

CFC regained the lead immediately after the match re-started.

Rafael found some space in the middle and chipped a pass for Valskis.