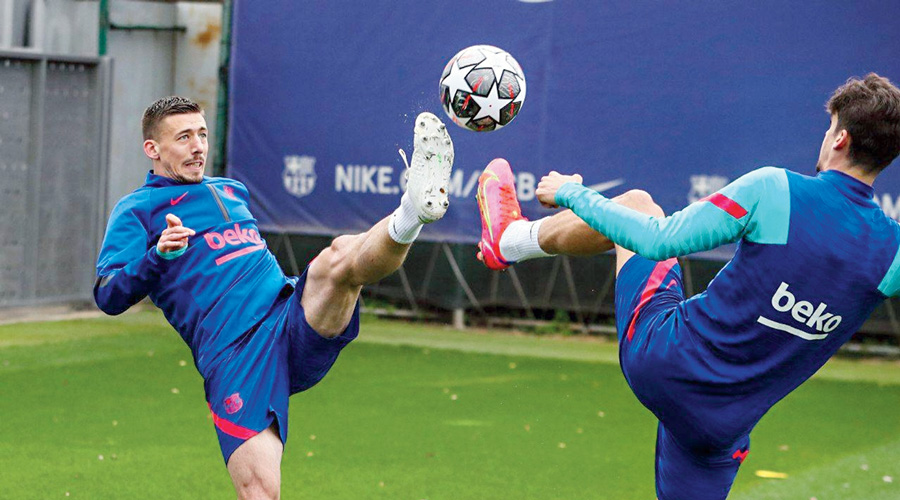 Paris Saint-Germain travel to Barcelona for their Champions League round of 16 clash on Tuesday with the French side’s unrelenting pursuit of Lionel Messi adding intrigue to a rivalry laced with recent history.

Barca’s 6-1 win over PSG in the last 16 in 2017 after losing the first leg 4-0 was among the greatest comebacks ever in the competition and led to the Paris side paying $269.29 million to prise away Neymar, the standout player that night.

Now they have set their sights on Messi, with PSG’s players, coaches and directors talking of their excitement about the prospect of bringing the Argentine to the French capital when his Barcelona contract expires in June.

Backed by the Qatari royal family, PSG are one of the few clubs that could afford Messi’s eye-watering salary, which was revealed by Spanish newspaper El Mundo last month to be the biggest in world of sport.

PSG sporting director Leonardo has said they have “a seat reserved at the table” for when Messi wishes to negotiate with new clubs should he decide to call time on his 17-year career with Barca, while winger Angel Di Maria has made it clear he wants to be reunited with his Argentina team mate in Paris.

The comments have riled Barcelona coach Ronald Koeman but PSG manager Mauricio Pochettino said last week that he did not understand the fuss.

Messi, who has admitted that his attempt to leave Barca last summer led to a dip in form earlier in the current campaign, is back to his best and warmed up for the PSG game with two sensational goals in a 5-1 routing of Alaves.

“Messi is 100 per cent committed to Barcelona and will make his decision at the end of the season. We don’t pay attention to what other clubs and players say,” Barca left back Jordi Alba said on Monday’s pre-game news conference.

“A lot has been said, there are many opinions, but the last word will be his. I hope he stays for many more years but it’s his decision and we’ll have to respect it. His mind is focused on Barca right now, you can see that in every game.”

Koeman had previously said PSG were talking up their chances of signing Messi to try and crank up the pressure on Barcelona, who will be without the injured Neymar on Tuesday, but the Dutchman was more relaxed the day before the game.

“They haven’t managed to destabilise us. I don’t know whether that was their intention or not,” he said.“But Messi belongs to Barca and I have a lot of hope he will stay here.”

The Catalans, who have won their last seven La Liga games, are missing Uruguayan defender Ronald Araujo plus forwards Ansu Fati and Philippe Coutinho but are boosted by the return of defender Gerard Pique after three months out with a knee injury.

PSG lost Neymar to a groin injury last week and are also without Di Maria, who has the same issue, but midfielder Marco Verratti returns after recovering from a hip injury.

Liverpool might be slight favourites against RB Leipzig in Budapest but the Germans are boosted by a four-match winning run, Leipzig coach Julian Nagelsmann said on Monday.

“We are in a good flow. We have won the last four matches while Liverpool have not won five out of their last seven,” Nagelsmann told a news conference ahead of their departure for Budapest.