After a season in which Europe’s powerhouses stumbled, the match is a showcase for the contemporary dominance of England’s Premier League 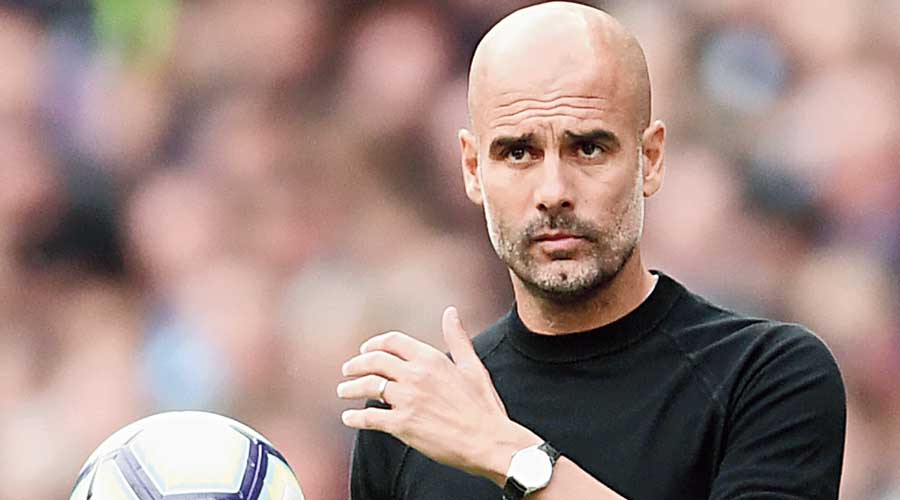 Manchester City face Chelsea in the Champions League final at the Estadio do Dragao in Porto on Saturday.

After a season in which Europe’s traditional powerhouses stumbled, the match is a showcase for the contemporary dominance of England’s Premier League.

As much as it will be a battle of top footballing stars, the final will also be a clash of coaches — City’s Pep Guardiola, a master tactician who won the competition twice when guiding Barcelona, while Chelsea’s German boss Thomas Tuchel led Paris St-Germain to the final last season, where they were beaten by Bayern Munich.

Here are the key tactical battles to watch out for:

How to breach the defence

The two finalists have conceded just four goals each in Europe this season. City in fact did not concede for 790 minutes of Champions League football.

Under Pep, City have produced some magnificent passing football, but this year, largely thanks to the signing of Portuguese defender Ruben Dias, they have added steel at the back to the flair in the final third. Chelsea, with Brazilian veteran Thiago Silva at the heart of their defence, have also tightened up at the back.

Task cut out for Chelsea’s wing-backs

Tuchel’s system at Chelsea has been designed to give licence to the wing-backs to attack. Be it Cesar Azpilicueta or Reece James on the right and Ben Chilwell or Marcos Alonso on the left, the coach has players who are effective in transition and provide width. The tricky factor against City is that Pep Guardiola always plays with two wide attackers, probably Riyad Mahrez on the right and Phil Foden or Raheem Sterling on the left, and their threat is so great that the Chelsea wing backs may find themselves with restricted opportunities to get forward. If that happens then the “inside forwards”, Mason Mount and Christian Pulisic, could find themselves more isolated. But Tuchel is a coach who is always willing to adjust his formation and personnel to cope with the opposition.

Tuchel has shown in Chelsea’s two recent victories over City that he can set up his team to effectively cope with their system but there is only so much that tactics can do to stop a player as brilliant as Kevin de Bruyne. If the Belgian gets space, his ability to run at the defence and shoot from distance is a clear and obvious danger. Even when restricted, his passing range makes him a constant threat - be it through balls or sweeping passes out to the wide players. Chelsea’s two holding midfielders N’Golo Kante and Jorginho have the capacity to limit De Bruyne.

Although Guardiola has two excellent centre forwards in club record scorer Sergio Aguero and Brazilian Gabriel Jesus, he has increasingly favoured playing with a midfielder given the main central role — the “false nine” system. Bernardo Silva is the most likely candidate for that position and if City do go down that route, it could leave Chelsea with the classic dilemma that faces teams up against the false nine: do you ask your central defenders to move out and shadow Silva or do you expect holding midfielders to take care of him and leave the back-line to sweep up behind?

In the first half of the semi-final first-leg against Paris Saint-Germain, right back Kyle Walker was clearly under instructions not to advance forward. City were noticeably less dominant in midfield and attack without the England international doubling up with Mahrez on the right flank. With Chilwell and Mason Mount likely to feature down the left attack for Chelsea, there may be a temptation for Walker to stick with his defensive duties.

Timo Werner’s 12 goals in 51 appearances in all competitions hasn’t been the return Chelsea were hoping for from a £50 million striker. The German was on target in the semi-final second leg against Real Madrid but that goal ended a run of seven straight Champions League games without one. Chelsea will need Werner to make the most of whatever openings he gets.