He is ready to play his old club where he is the top scorer, so that will affect him mentally Solskjaer 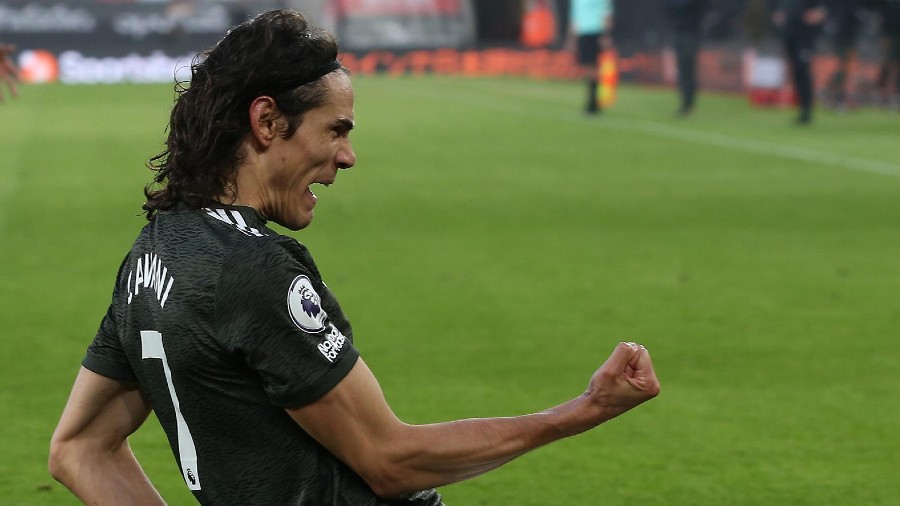 Manchester United manager Ole Gunnar Solskjaer says Edinson Cavani is ready to face his former club Paris Saint-Germain in the Champions League at Old Trafford on Wednesday despite the furore over his social media post.

Cavani is the subject of an FA investigation into an Instagram comment he made in response to a message of congratulations he received for his two-goal match-winning performance in Sunday’s 3-2 Premier League victory at Southampton.

The Uruguayan said he was thanking a friend for the comment when he wrote in Spanish “Gracias negrito”. He later deleted the comment and apologised.

After his outstanding display at Southampton, Cavani is likely to lead the line for United against the French champions for whom he scored 200 goals to become their all-time top scorer before leaving in June.

“He is ready to play and of course it’s special for him to play against PSG, his old club where he is the top scorer, so that will affect him mentally,” Solskjaer told reporters on Tuesday.

“But from knowing him, that will give him energy. He is so professional,” he said. As to whether Cavani would be impacted by the fall-out from his social media post, Solskjaer said: “He has learned a lesson. It might affect him, but he will have to put that to one side when the game is on.”

Solskjaer said he was sure the incident was the result of a misunderstanding. Messi to be rested Lionel Messi will be rested for the second Champions League game in a row and will miss Barca’s trip to Hungarian side Ferencvaros but will not sit out any more games after that, coach Ronald Koeman said on Tuesday.

Barca’s captain had played in every match of the season plus four World Cup qualifiers with Argentina before being rested for last week’s 4-0 win in Dynamo Kyiv.

With the Catalans already qualified for the knockout stage, Koeman said it was more important that Messi was feeling fresh for Saturday’s trip to Cadiz as Barca hope to rise up the La Liga standings following a poor start.