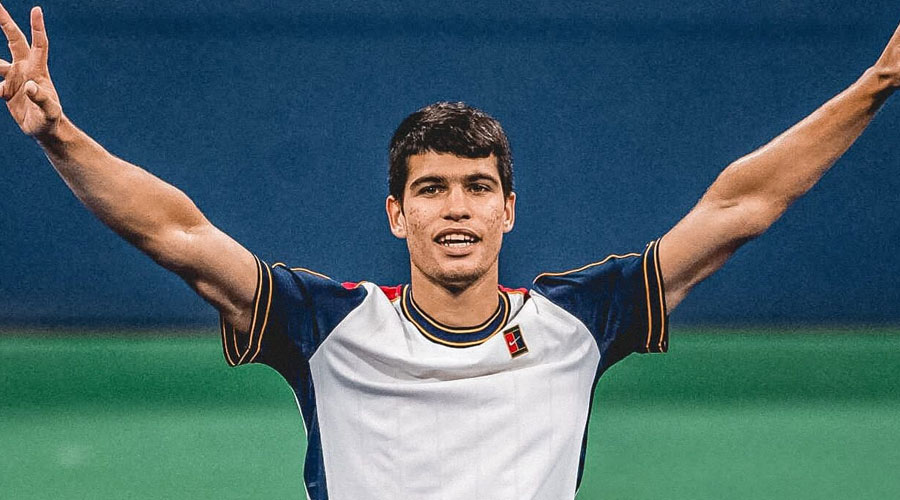 Carlos Alcaraz made it consecutive victories over ATP Tour legends at the Madrid Open on Saturday as the 19-year-old Spaniard clinched a stirring 6-7 (5), 7-5, 7-6 (5) win over Novak Djokovic.

The Spanish sensation backed up his win over Rafael Nadal in Friday’s quarter finals in spectacular style, recovering from the disappointment of losing a first-set tie-break to complete the biggest win of his career against world No. 1 Djokovic.

Alcaraz’s outstanding 2022 season has seen the Spaniard win a maiden Masters 1000 title in Miami and break the top-10 of the ATP Rankings for the first time.

Defeating Nadal and Djokovic back-to-back in Madrid extends his winning streak over top-10 opponents to six, an indication that the 19-year-old possesses the level to consistently match the very best on the tour.

Nadal wasn’t losing any sleep after his loss on Friday. His focus hasn’t changed. It’s still all about getting ready for the French Open in a few weeks.

“I accept this loss naturally and with tranquility,” Nadal said on Friday.

“I know the path I have to stay on so I can arrive (in Paris) with real options in two-and-a-half weeks’ time. That’s what I’m working on right now.”

Nadal came to Madrid without being able to prepare properly because of a six-week injury lay-off. He said ideally he should have skipped the tournament but in the end was happy with how it turned out.

“I have done what I could,” he said. “I have had better days, worse days. But it has not been a disaster in any case. I have competed with the correct attitude. I have played nearly three hours, I think three matches, this is a positive outcome.”

The 35-year-old Nadal was trying to win his sixth Madrid Open title. He opened with a straight-set win over Miomir Kecmanovic then needed to save four match points to get past David Goffin in three sets in his second match.

“I was out there with the correct attitude and analysing every single morning what I had to do to generate options for myself and to improve,” Nadal said.

“It’s clear to me what I need to improve. Now is the moment to work and to be confident that things will evolve in the right way.”

Nadal said he has fully healed from the rib stress fracture that kept him from playing in Miami, Monte Carlo and Barcelona.