Break Point will give insight to my relation with Mahesh Bhupathi, says Leander Paes

'If we had the web series straight after winning the Wimbledon and the French Open in 1999, we could have played for a few more years' 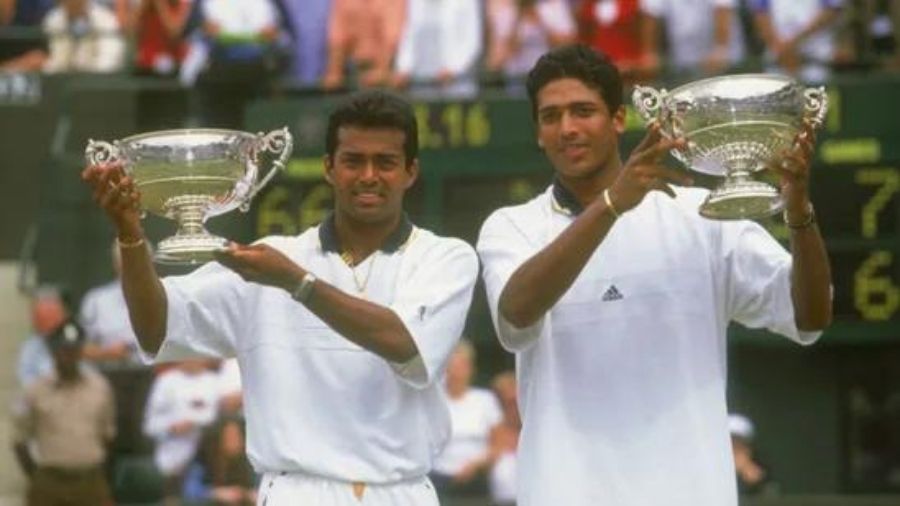 Tennis champion Leander Paes on Friday said the upcoming non-fiction series "Break Point" will give fans an insight into his fractured but successful professional pairing with sports star Mahesh Bhupathi.

Helmed by filmmaker couple Nitesh Tiwari and Ashwiny Iyer Tiwari, the ZEE5 series traces the on and off-court partnership between the two Indian tennis icons, who were the first doubles team from the country to win at Wimbledon in 1999.

Once the poster boys for the sport in the country, being nicknamed the "Indian Express", they played together from 1994 to 2006 and reunited for their second stint from 2008 to 2011. The duo had a public fall out but have now reunited to share their story with "Break Point".

During a virtual trailer launch of the seven-part series, Paes said the project helped them put their career in perspective and how things would have been different if the two simply communicated.

"With Mahesh, it was always difficult to get a word out of him because he is not the most vociferous communicator. But if I could see that archival footage then, in 1999, or in 2000 when the break was happening, maybe things could have been different.

"Maybe if our communication could have been better then, and I will take responsibility for my communication too, if we had a 'Break Point' straight after winning the Wimbledon and the French Open in 1999, we could have played for a few more years," Paes told reporters.

He said when they delved into the scrapbooks over the last 25 years, including archivals from the Wimbledon, the Olympics, the Asian games and the French open, there were a lot of things the duo had not addressed.

"Through the highs and lows of Mahesh and my career both on and off the court, there were a lot of things that we had not addressed. There are conversations that we are now a little wiser for so hence we can address them and find closure to them. There are a few conversations we are more mature about so we can laugh at ourselves," he added.

In a partnership spanning more than 12 years, Paes and Bhupati won three Grand Slam titles. Paes said the most special aspect of the duo was their ability to come together to play for the country, regardless of their personal issues.

"Through all our differences, recognising that we are different personalities, we have different emotions, we do our business differently, but yet at the same time the unconditional brotherhood that we have. That translated every time we played for the country.

"It is very unique that most of the times that we stood on podiums with trophies in our hands, our relationship was at its worst. Yet being able to drive forward through that... The brotherhood that we have, he knows that anytime he needs me, I will be around and I know the same for him," he added.

Bhupathi credited the duo's ability to switch on at any time they needed to "regardless of what was going on around us" as their biggest strength.

"The main takeaway from the career was how to fight and succeed through adversities. Most of our success, especially in the tail end of our career came through all the adversities that we faced through the breakup.

"When we won a gold in Doha at the Asian Games, the amount of baggage that we were carrying on to the court before the tournament started was something that two normal Tennis players would not have gone past the first round (with), forget about winning the gold medal. We had the ability to solve problems once we were put in a professional situation and get the job done," Bhupathi added.

Created by Ashwiny Iyer Tiwari and Nitesh Tiwari, with Piyush Gupta as the creative director, "Break Point" will stream on ZEE5 on October 1.