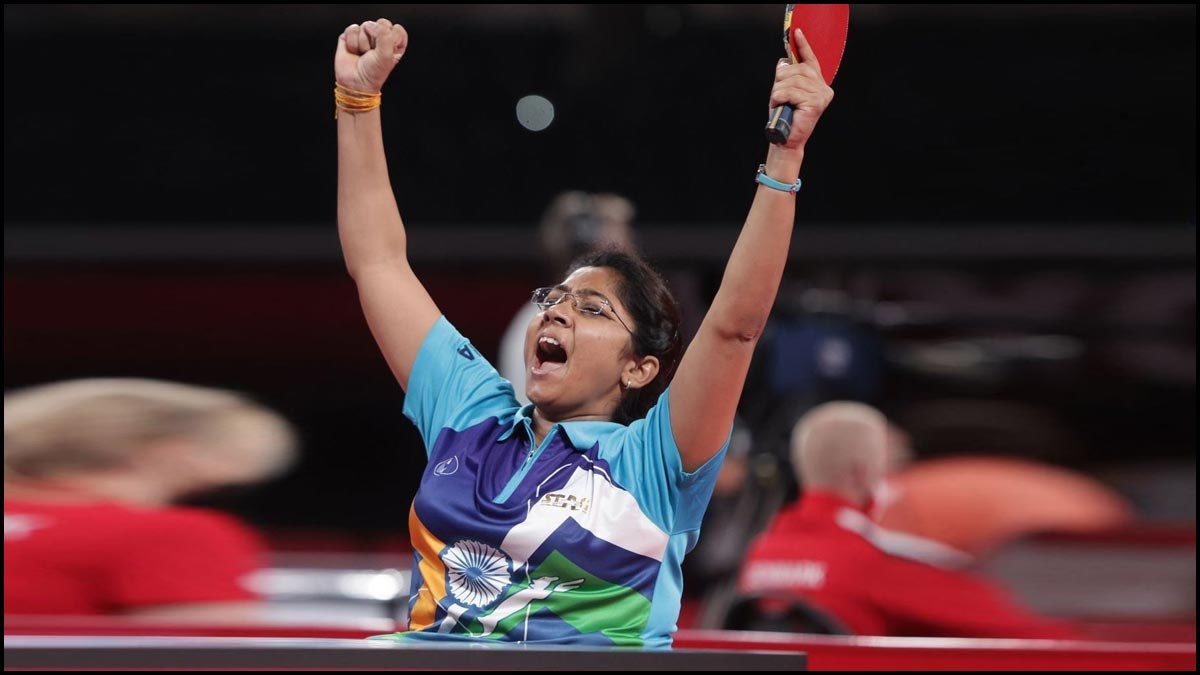 Bhavinaben Patel on Sunday became only the second Indian woman to win a medal at the Paralympics after she signed off with a historic silver following a 0-3 loss to world number one Chinese paddler Ying Zhou in the women's singles table tennis class 4 final in Tokyo.

With this medal, the Indian team opened its account at the Games.

Deepa Malik, who is the current president of the Paralympic Committee of India (PCI), was the first Indian woman to win a medal in the Paralympic Games when she had claimed silver in shotput at Rio five years back.

Patel, a wheelchair player, had also suffered a loss to Zhou, one of the most decorated para-paddlers of China, in her first group stage match earlier in the week.

Up against an opponent, who has five Paralympic medals to her name including gold medals in singles at Beijing and London, Patel seemed to struggle as she couldn't execute her strategy and was left to do the catch up job.

Zhou, a six-time World Championship medallist, didn't allow Patel, currently ranked 12th in her division, to find her angled returns and get into a rally.

In the first game, Zhou broke off from 3-3 to move ahead. Patel tried to keep herself within touching distance with a superb serve at 5-7 and a forehand flick but the Chinese managed to earn the bragging right with a deep push at the baseline.

The second game was a one-way traffic as Zhou jumped to a 7-1 lead early on. Patel narrowed it down to 4-7 but the Chinese soon grabbed a 2-0 lead.

Pushed to the brink, Patel tried to script a recovery as she moved neck and neck with her opponent till 5-5 in the third game. But Zhou once again moved ahead and sealed the contest with a backhand shot.

In the quarterfinal on Friday, Patel had defeated 2016 Rio Paralympics gold medallist and world number two Borislava Peric Rankovic of Serbia to assure herself a medal and script history.

In para table tennis, classes 1-5 are for wheelchair athletes. Athletes in Class 4 category have fair sitting balance and fully functional arms and hands. Their impairment may be due to a lower spinal-cord lesion or cerebral palsy.

Patel started playing the sport 13 years ago at the Blind People's Association at Vastrapur area of Ahmedabad where she was a student of ITI for people with disabilities.

There, she saw visually impaired children playing table tennis and decided to take up the sport. She won her first medal in a competition while representing Rotary Club in Ahmedabad, where she is settled now after her marriage to Nikunj Patel, who has played junior cricket for Gujarat.

She reached world number two ranking in 2011 after winning a silver medal for India in PTT Thailand Table Tennis Championship. In October 2013, Patel won another silver in the women's singles Class 4 at the Asian Para table tennis championships in Beijing.