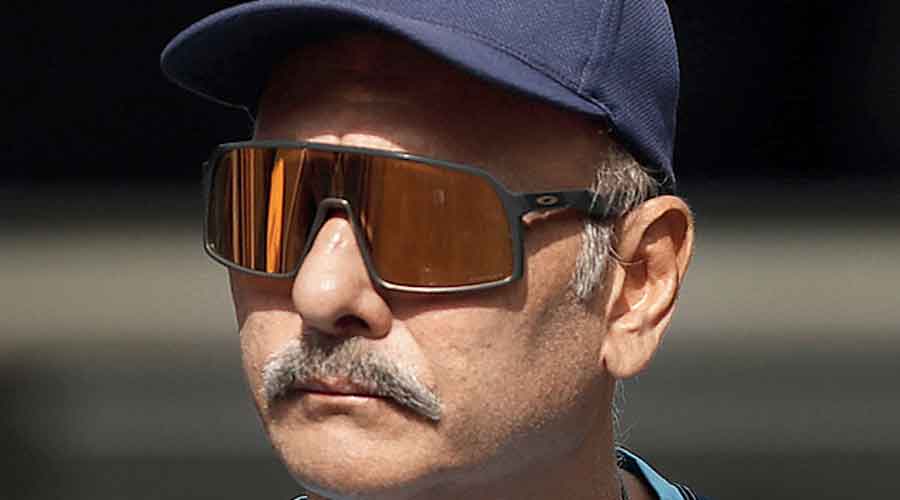 The ongoing five-match series against England is set to be Ravi Shastri’s last as head coach with India’s Test squad.

The former India captain’s contract ends with the T20 World Cup in the UAE and the Board of Control for Cricket in India (BCCI) is unlikely to consider him for an extension since he will reach the age limit of 60 next year.

It is still not clear who will replace Shastri since former captains Rahul Dravid and Virender Sehwag, considered to be the favourites, are reluctant to wear the head coach’s hat. It was learnt that Dravid is unwilling to take charge full-time and thereby spend long durations away from his family. He has made his intentions known to the powers-that-be.

During the recent limited overs series in Sri Lanka where he was the head coach, Dravid had gone on record saying, “There are a lot of challenges in doing full-time roles, so I really don’t know”.

Sehwag, on the other hand, doesn’t wish to go through the hiring process, which includes filing applications and appearing for interviews.

India host New Zealand for a full series after the T20 World Cup and are then scheduled to travel to South Africa. Sources have told The Telegraph that if the BCCI fails to complete the procedure of appointing a new head coach in time for the two series, Rathour is likely to be asked to fill in Shastri’s shoes for the time being.

Dravid could also be sounded out if he agrees to be in charge for the two series.

“One thing is certain, if the BCCI has its way, Ravi will have to go. However, things might change if an influential Union minister steps in and wants Ravi to continue till the 2023 World Cup in India,” a source said.

“The BCCI strongly feels that a change is needed for India to reach the next level. New personnel can bring in fresh ideas.”

The source maintained there would be no change in the Board’s line of thinking even if India emerged champions in the T20 World Cup.

There is also talk that Shastri might inform the Board and step aside from an active role next month itself. That could be done to facilitate the transition and give the BCCI more time to choose his successor.

In line with the policy laid down for the appointment of any professional in the BCCI, an advertisement for the potential candidates to apply will be put out on its website. The Cricket Advisory Committee will then interview the candidates before deciding on the head coach.

Shastri, besides helping India reach the pinnacle in Tests and ODIs, was instrumental in winning the series in Australia twice. But the failure to win any ICC tournaments will remain a blot in his resume.

Not just Shastri, his support staff too worked hard in transforming India into one of the most feared teams in the world. Arun had moulded the fast bowling unit into a potent force while under Sridhar, India’s fielding evolved into a sharp and athletic bunch.

Shastri’s current stint started in 2017 after India lost the Champions Trophy final to Pakistan under coach Anil Kumble, who had to step down in fractious circumstances following differences with captain Virat Kohli. Shastri was first appointed team director during the 2014 tour of England and remained in the position after Duncan Fletcher’s tenure as coach ended with the 2015 World Cup.

It remains to be seen how Kohli will adjust to a new coach and if the BCCI decides to seek his views before going for a change.