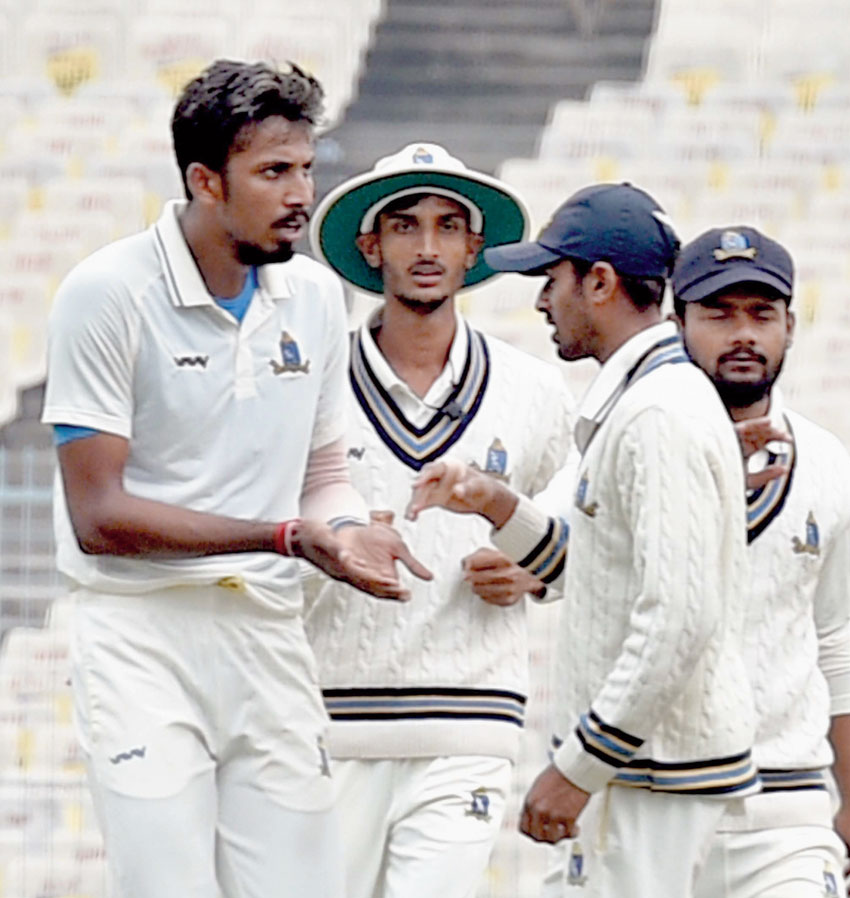 There was no rain on Saturday and so play began at around noon in the Ranji Trophy Group A match between Bengal and Gujarat.

However, only 20 overs were bowled before the umpires stopped play citing “bad light” and it never resumed.

Bengal won the toss and invited Gujarat to bat. But despite the overcast conditions and a tinge of grass on the pitch, the home team’s bowlers failed to inflict much damage on Gujarat, who were 46 for the loss of one wicket when play was halted.

Bengal head coach Arun Lal was unhappy with the umpires’ decision to call off play for the day as early as 3pm. “They called it off too early. See, there has to be a standard mark about the light for play to be called off. It can’t be left to only the umpires to decide on what light is good light.

When queried if pacer Ashok Dinda, who was not considered for the game on disciplinary grounds, can come back to team for the next match, Lal said: “I am not keeping Dinda out, it’s the selectors’ call. He is not dropped. I’m saying ‘you must apologise’ (for the spat with Ranadeb Bose). It’s simple. You apologise and play… What is the problem?

“It’s a disciplinary issue and if you have to run a team, then you have to follow certain disciplines. Otherwise, tomorrow anyone can walk away doing just about anything thinking that he would just be suspended for one match,” Lal said.