Advertisement
Home / Sports / Back in detention for judgment day

Back in detention for judgment day 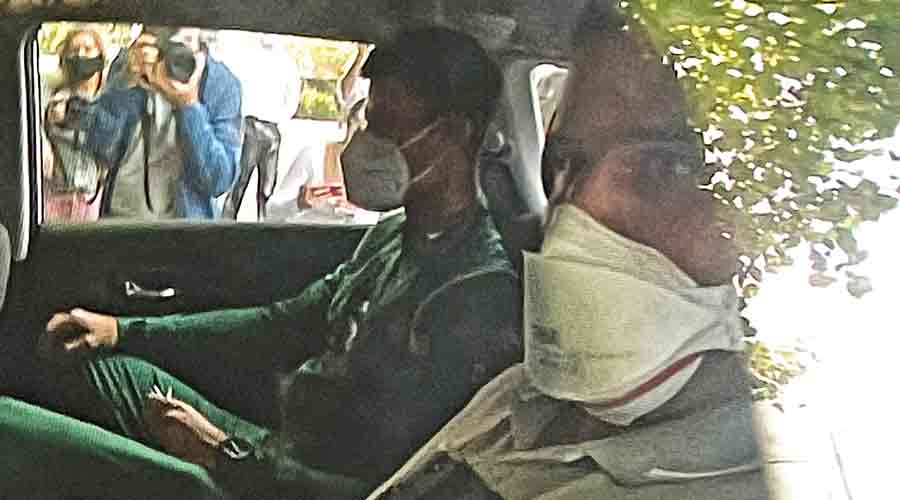 Novak Djokovic sits in the back of a car arriving at the immigration detention hotel in Melbourne on Saturday.
AP/PTI
Reuters And NYTNS   |   Melbourne   |   Published 16.01.22, 04:31 AM

A day after Novak Djokovic’s visa was revoked a second time, his lawyers went to court on Saturday morning to challenge the Australian government’s decision in a last-ditch attempt to save his chances to compete in the Australian Open.

Clinging to his dream of winning a record 21st grand slam title at the Melbourne tournament, Djokovic, the world’s top ranked men’s tennis player, returned to an all too familiar immigration detention hotel as he awaited the court’s verdict on Sunday morning.

The hearing was the latest twist in a dizzying drama over Djokovic’s refusal to be vaccinated against Covid-19.

During a brief hearing Saturday, Justice David O’Callaghan said a full hearing on Djokovic’s appeal would be held on Sunday morning at 9.30am local time (4am IST), and told both sides to submit legal papers laying out their arguments to the court later in the day.

Djokovic arrived at Melbourne’s Park Hotel around 3.30pm (10am IST) on Saturday. It is the same immigration detention hotel where the unvaccinated Serbian
superstar was held last week over visa problems related to a Covid-19 medical exemption.

About a dozen refugee activists chanted “stop the torture ... let them out” as Djokovic and Border Force guards drove into the underground garage of the hotel, which is also being used to hold 33 asylum seekers and travellers in Covid-19 quarantine.

A man cycling past the hotel shouted: “Go home, Novak!” A Border Force spokesperson confirmed that Djokovic had been detained.

In the court on Saturday, Justice O’Callaghan granted the Djokovic legal team’s request that a full panel of judges hear the case rather than a single judge, which means the court’s decision on the matter cannot be appealed. A lawyer for Australia’s immigration minister, Alex Hawke, had opposed that request.

On Friday, a different judge, Anthony Kelly of the Federal Circuit and Family Court, had ordered the government not to deport Djokovic while his appeal is being heard. Hours earlier, minister Hawke had revoked Djokovic’s visa on the grounds of “health and good order,” adding that the move was in the public interest.

Time is running short to resolve the dispute. The tournament starts on Monday morning and Djokovic, the top seed, has won its men’s singles title a record nine times.
Court documents released after the initial hearing in the Federal Court on Saturday showed the minister had justified his decision on the grounds that Djokovic’s presence could whip up more anti-vaccination sentiment in Australia at a time the country is in the midst of its worst outbreak of the virus.

“Although I ... accept that Mr Djokovic poses a negligible individual risk of transmitting COVID-19 to other persons, I nonetheless consider that his presence may be a risk to
the health of the Australian community,” Hawke said in a letter to Djokovic and his legal team.

This explanation in Djokovic’s affidavit was more detailed than the brief statement Hawke released on Friday.

Djokovic’s lawyers are arguing that Hawke did not act rationally when he said that Djokovic’s refusal to be vaccinated against Covid-19 posed a public health risk and could “excite anti-vaccination sentiment” in Australia. Nicholas Wood, one of Djokovic’s lawyers, said the minister did not take into account the impact of forcing the player out of the country.

Djokovic’s lawyers asked for a speedy schedule so that he could potentially be cleared to play.

The lawyers criticised the immigration minister for taking four days since an earlier court ruling to decide to rescind the visa, and for announcing it at 6pm on Friday. “We are where we are because of the time the minister has taken,” Wood said. “We are moving as fast as we can.”

Written with reports from NYTNS and Reuters