Courtesy the two centurions, Australia, reeling at 73/5 at one stage in pursuit of 303, shocked England to win the game by three wickets 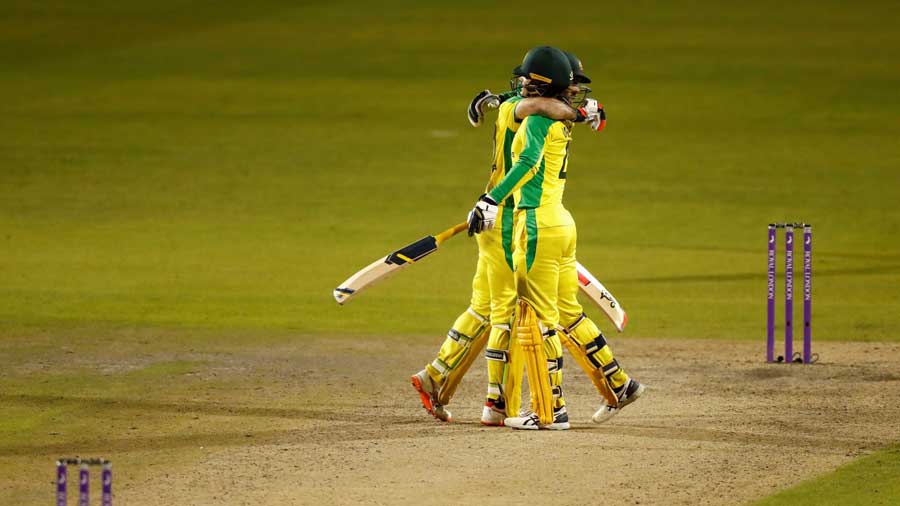 Alex Carey (106) and Glenn Maxwell (108) stitched a magnificent 212-run partnership that helped Australia snatch victory from the jaws of defeat and also clinch the ODI series 2-1 at Old Trafford on Wednesday.

Courtesy the two centurions, Australia, reeling at 73/5 at one stage in pursuit of 303, shocked England to win the game by three wickets.

This was Maxwell’s second ODI hundred, while for Carey, it was his maiden century in the 50-over format.

Both batsmen, though, had their stroke of luck. Carey, when only on nine, was taken comfortably by Adil Rashid at third man with the team total being just 87 in the 20th over. Unfortunately for England, Jofra Archer, who had a forgettable time out in the middle, had overstepped.

Maxwell too was dropped, by Buttler, when on 44 off Rashid’s bowling. England would only look back and rue those missed chances, which went on to cost them the game.

England still didn’t give up, getting both Maxwell and Carey out as Australia needed 10 off the final over for victory. But Mitchell Starc hit the first ball of the deciding over, bowled by Rashid, for a maximum over long-on. And Australia just couldn’t lose from there.

Earlier, Jonny Bairstow struck a brilliant 112 and underpinned another innings rebuild with Sam Billings as England recovered from losing two wickets from the first two balls to set Australia a daunting target.

Starc removed Jason Roy and Joe Root off successive deliveries to leave England in early turmoil on a glorious afternoon, while both Eoin Morgan (23) and Buttler (8) also departed cheaply.

From 96/4, Bairstow and Billings (57) put on 114 runs for the fifth wicket to bring England right back into the match — just as they did in the first ODI last Friday when sharing a stand of 113 in defeat.