The Spanish side have reported 19 injuries this season, with players missing more than 90 matches 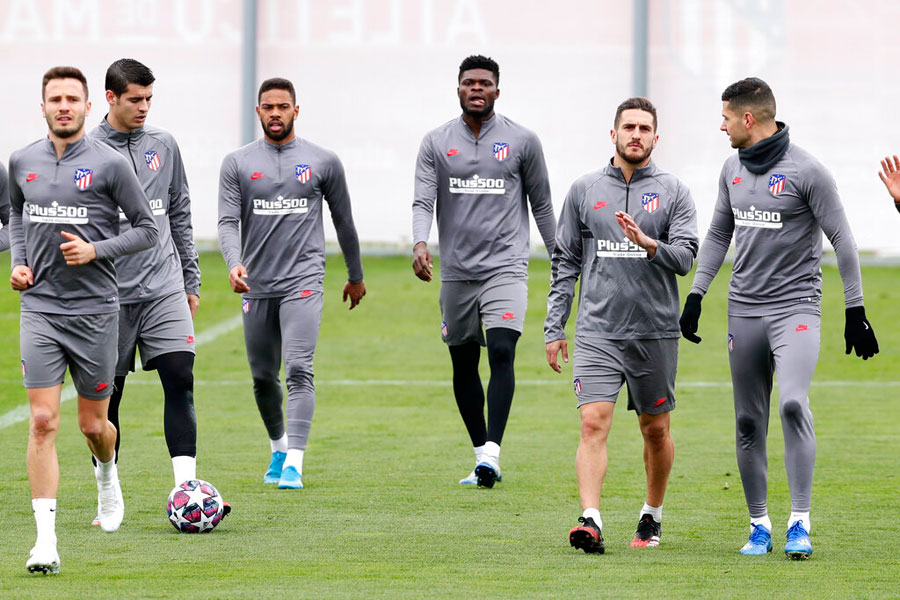 Atletico Madrid were once world renowned for their fitness levels but as they host Liverpool in the Champions League on Tuesday that reputation is in tatters after a glut of injuries and a decline in performances.

The Spanish side have reported 19 injuries this season, with players missing more than 90 matches to the detriment of the team, who are enduring their worst season in eight years under coach Diego Simeone.

They have only won one of their last six games in all competitions and were recently knocked out of the Copa del Rey by third division Cultural Leonesa. They are fourth in La Liga, 13 points adrift of leaders Real Madrid.

Atletico will be missing key personnel against Liverpool such as record signing Joao Felix and Kieran Trippier, while striker Diego Costa is battling to be fit in time for the game after a back injury he sustained in November.

Top scorer Alvaro Morata, defender Jose Gimenez and captain Koke are all available for the match against Juergen Klopp’s side but have missed large chunks of the season.

“We have had a lot injuries but last year we had even more and we finished second, so it’s no excuse,” Simeone said last week.

The Argentine took over a declining Atletico side in 2012 and turned them into one of the top sides in Europe, his success underpinned by superb fitness levels, allowing his team to relentlessly press opponents and survive bruising encounters.

Fitness coach Oscar ‘El Profe’ Ortega, whose unforgiving sessions have been known to cause players to vomit, was the architect of this fitness revolution but his relationship with the squad has become strained.

Defender Stefan Savic had a high-profile confrontation with the Uruguayan after last season’s Champions League match with Juventus, although Simeone stood by his trusted colleague. “He makes mistakes but Profe Ortega is without a doubt the best there is,” Simeone said.

Ortega, who has worked alongside the Argentine since 2006, said of his standing with the players: “It’s like a parent-child relationship, we sometimes fall out but we are still a family.”

As well as their injury strife, Atletico’s struggles can be traced to last year’s departure of influential figures squad such as Antoine Griezmann, Filipe Luis and Diego Godin, with Simeone saying this would be a season of transition for them.

Compared to an all-powerful Liverpool side on course for a record-smashing Premier League title triumph, Atletico certainly look vulnerable.

But midfielder Marcos Llorente is not entertaining any talk of the team’s decline.

“Whenever you lose a few games doubts always appear and you face difficult questions but when you win three or four games everything is forgotten,” he said after Friday’s 2-2 draw at Valencia.

“We have to avoid thinking about that and focus on turning the situation around. The tie with Liverpool will be really difficult but I’m certain we will put up a fight.”

Neymar has been named in the Paris Saint-Germain squad for the last-16 first leg at Borussia Dortmund, despite missing the French club’s last four games through injury.

The world’s most expensive player has been struggling with a rib problem, but was expected to be fit in time for the game at Signal Iduna Park.

The Brazilian missed last season’s surprise last-16 loss to Manchester United with a foot injury, while he also sat out the second leg of the defeat at the same stage of the competition by Real Madrid in 2018.