BFC have won all four games against ATK so far, conceding just once in four matches 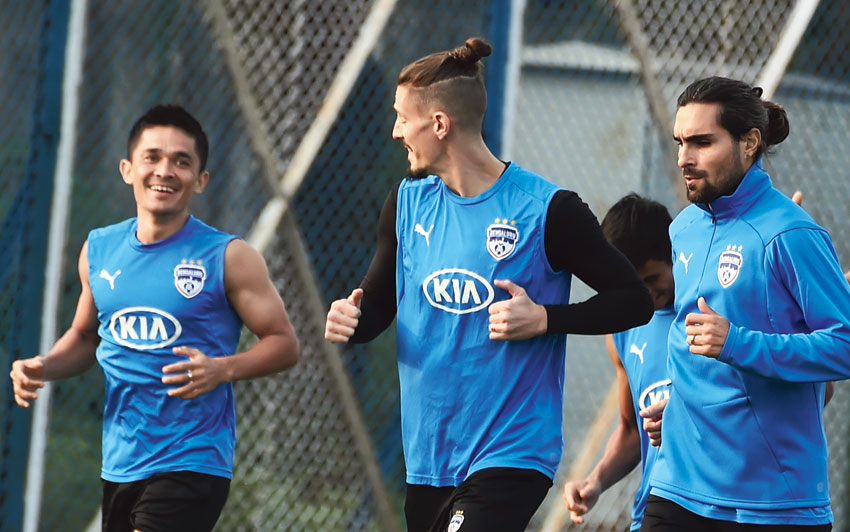 A Christmas Day clash with defending champions Bengaluru FC (BFC) is what awaits ATK here on Wednesday. ATK will look to make their strong home form count, with the league at the half-way stage.

Antonio Habas’ team are the only one to remain unbeaten at home this season and have scored the most goals at home (10). To top it all, Habas’ side have been exemplary in defence at home, conceding just the three goals.

However, their record will be put to test against Carles Cuadrat’s BFC who are unbeaten in away matches this season.

“We have to consider them as the best team this season. For us it’s a very important match. We can know our level by playing against last season’s champions. It’s very important for me and my players,” said Habas.

With eight goals for the season, Roy Krishna is ATK’s primary weapon up front and he has hit a purple patch of late with five of his eight goals coming in the last four matches. With a supporting cast that features the likes of David Williams, Javi Hernandez, Mandi Sosa and Edu Garcia, Krishna will be confident of getting good service.

BFC, however, are way ahead in head-to-head, having won all four games against ATK so far. In fact, ATK have scored just one goal against BFC.

BFC’s defence has been exemplary this season, conceded just five goals in nine matches. In six matches, they did not allow the opponents to find the mark.

Apart from Sunil Chhetri, however, the rest of the attack have not really been impressive.

BFC are placed second on the table with 16 points, while ATK are third with 15.

“Of course, we have a plan for the game. We’ll try to get them under control. They have two very natural forward players (Krishna and Williams),” said Cuadrat.

ATK are smarting after a loss to FC Goa and a disappointing 2-2 draw against bottom-placed Hyderabad FC. Habas will be desperate to return to winning ways.

For Cuadrat, it’s about the celebrations this festive season. “I hope it’s a special day as it’s Christmas and we hope to give a present to all the football fans in India (with a win),” he said.