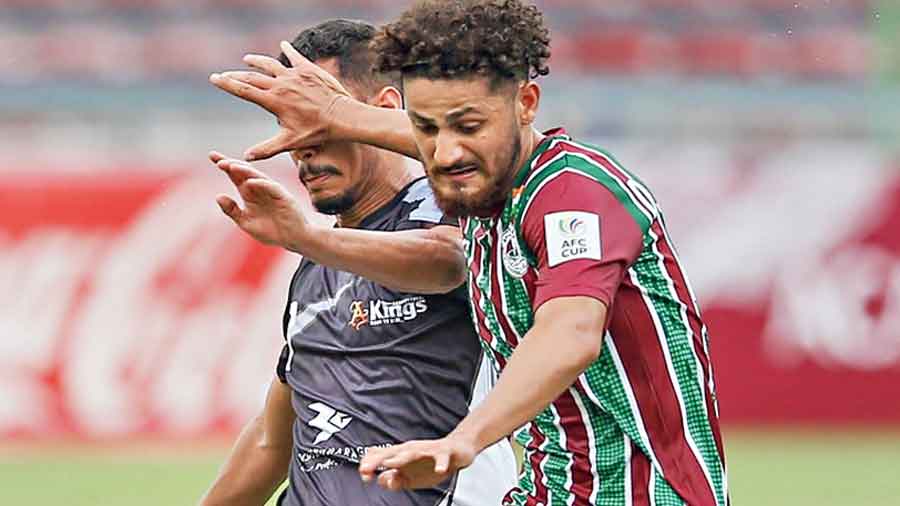 ATK Mohun Bagan made it to the knockout stage of the AFC Cup after they split points with Bashundhara Kings of Bangladesh on Tuesday. At the National Stadium in Male, Maldives, the match ended 1-1.

ATK Bagan thus ended with seven points in their kitty and topped Group D. The team from Bangladesh finished second with five points.

Australian striker David Williams scored the all-important goal for Antonio Lopez Habas’ side in the 62nd minute. It was a must-win game for Bashundhara and they got the start they wanted. The Bangladeshi champions took the lead in the 28th minute through Brazilian midfielder Jonathan Fernandes.

ATK Bagan had their share of opportunities but failed to convert any of them in the first half. Liston Colaco missed an easy chance following an enterprising run from Williams that dragged the Bashundhara defence and goalkeeper Anisur Rahman out of position. Roy Krishna’s overhead kick too went over the horizontal.

But Bashundhara suffered a blow when Sushanto Tripura was sent off in the dying seconds of the first half following an objectionable aerial duel with ATK Bagan defender Subhashish Bose.

After the change of ends, ATK Bagan looked more composed against the 10-man opposition.

They got the equaliser they needed as Williams calmly slotted in Colaco’s pass from 10 yards out. Thereafter, Habas’ boys took control of the game. Not sitting back after the equaliser, ATK Bagan went for the kill but the second goal did not come despite repeated attempts.

ATK Bagan will face either FC Nasaf of Uzbekistan or Turkmenistan’s FC Ahal in the Inter-Zone semi-finals on September 22.