ATK keen to win at home 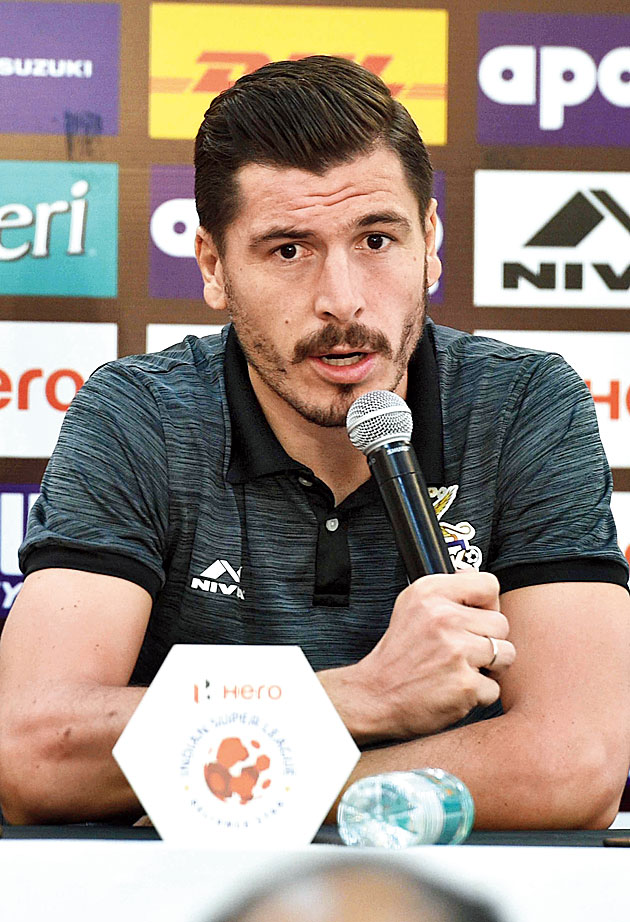 Antonio Lopez Habas will be missing at the ATK dug-out on Saturday, but that will not be a problem for the hosts when they take on FC Goa in the ISL VI match at the Salt Lake Stadium on Saturday, according to assistant coach Manuel Cascallana.

Antonio got a red card for charging at Kerala Blasters assistant coach Ishfaq Ahmed at the Salt Lake Stadium on last Sunday.

“It (Antonio’s exclusion) isn’t going to be a huge problem for us. We are a collective side. Tomorrow without Antonio we are going to play like the same we usually do.”

ATK lost their last match to Blasters 1-0 and would like to bounce back.

“We will be playing at home. It is a special place. If we can beat them (FC Goa), that will be a great achievement,” said Cascallana.

ATK are third on the table with 21 points from 12 matches and are only three points behind Goa.

With a chance to reclaim the top spot, the franchise will be hoping that his frontline, led by the in-form Roy Krishna, can fire against a defence that has displayed a tendency to concede goals at crucial junctures.

Only Aridane Santana has scored more goals (9) than Krishna (8) and the Fijian has managed to combine expertly with his strike partner David Williams who has produced five goals and three assists so far.

However, Williams is set to miss his second consecutive match due to injury. Midfielder Edu Garcia however will be in the 18-man squad.

With 25 goals from 12 matches, FC Goa have been running rampant. Ferran Corominas has scored eight goals and Hugo Boumous is having his best season in Goan colours, with four goals and assists each to his name.

ATK defender Agus Garcia, though, said ATK won’t change their style to keep down FC Goa’s attractive, quick-linking style. “They have one style and we have another. We’re both in the top half of the table.

“They trust in their style and we trust in ours.”

Mumbai City gave their hopes of a top-four finish a big boost with a 2-0 win against Bengaluru FC in Mumbai on Friday. Modou Sougou (13th) and Amine Chermiti (55th) scored the goals. With 19 points after 13 games, Mumbai are fifth in the points table.