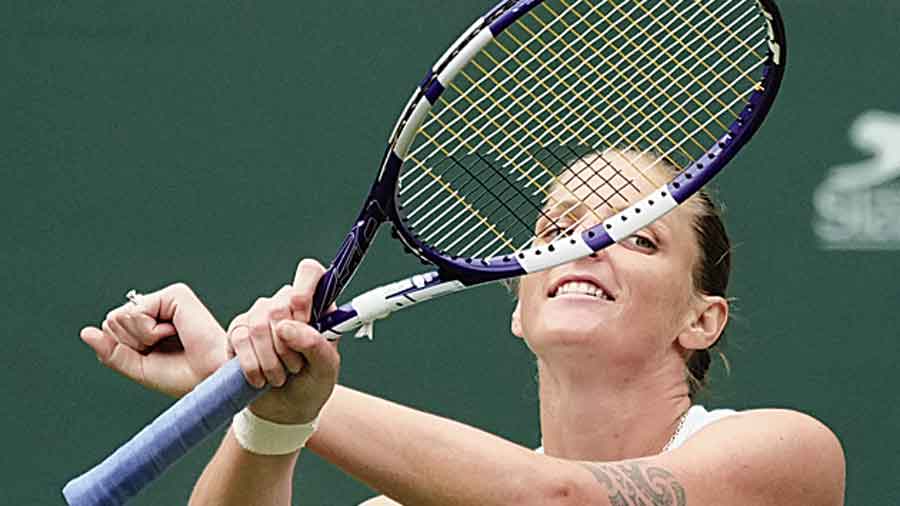 The 25-year-old will now aim to emulate Evonne Goolagong who won the second of her two Wimbledon crowns in 1980.

She will meet former world No. 1 Karolina Pliskova in the final. Pliskova reached her maiden Wimbledon final after coming back from a set down to beat second seed Aryna Sabalenka of Belarus 5-7, 6-4, 6-4.

The Czech goes into Saturday’s decider looking to capture her first grand slam title, having only ever reached one other final when she finished runner-up to Kerber at the 2016 US Open.

After saving a break point in a nervy opening game on a sunny Centre Court, world No. 1 Barty was supreme in the first set.

The 33-year-old Kerber used all her experience on the surface to hit back in the second set and looked poised to take it into a decider when serving at 5-3. But Barty got back in the groove and broke to love.

Kerber’s game went off in the tie-break and Barty surged into a 6-0 lead and despite missing out on three match points she was never going to let her opportunity slip.

A netted backhand from Kerber sent Barty through to her second Grand Slam final, having won the French Open in 2019.

Former Wimbledon junior champion Barty was forced to pull out of the French Open because of a hip injury that needed intensive rehab.

After a tricky start when she lost a set against Spaniard Carla Suarez Navarro in the first round, Barty has warmed to the task of following in the footsteps of Goolagong on the 50th anniversary of her first Wimbledon title.

And she took it up another level against former world No. 1 one Kerber who has returned to form after a slump.

“Angie brought the best out of me today. Very proud of myself and my team and now we get a chance to win the childhood dream,” Barty said.