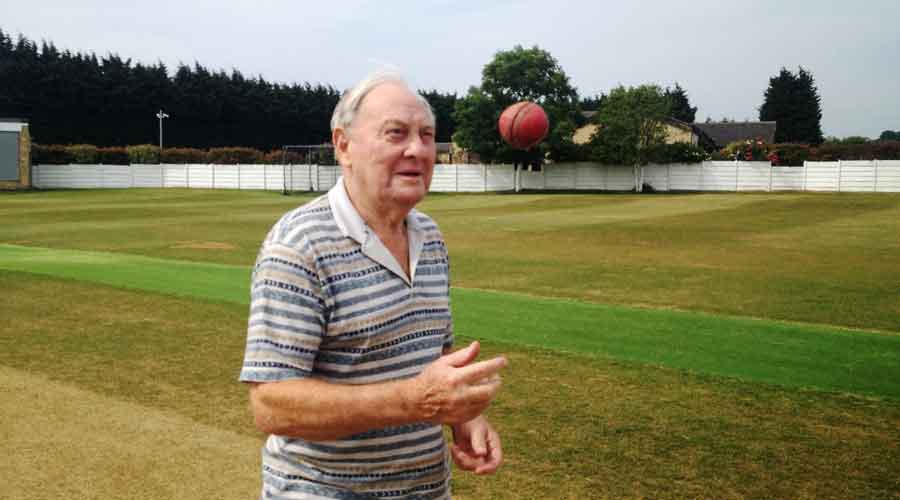 Ray Illingworth, a former England cricket captain, has died. He was 89.

Illingworth, who led England to a Test series victory in Australia in 1970-71, had been undergoing radiotherapy for esophageal cancer.

Yorkshire, the English county Illingworth played for, announced his death.

“Our thoughts are with Ray’s family and the wider Yorkshire family who held Ray so dear to their hearts,” Yorkshire tweeted.

During the triumphant tour of Australia in 1970-71, he led his side to a 2-0 series win in an uncompromising campaign that spanned seven scheduled Tests as well as the sport’s first ODI, in Melbourne in January 1971.

Born in Pudsey — between Leeds and Bradford — on June 8, 1932, Illingworth began playing at his local club in Farsley, where he would reside for nearly all of his life.

He started his first-class career in 1951, two months after his 19th birthday, and it continued for a decade after he played the last of his 61 Tests, before retirement finally came in 1983, aged 51.

Illingworth moved into TV commentary before taking over as England’s chairman of selectors in 1994 and combined that with the job of national team coach for a controversial spell from 1995-96.

When he was England captain, Illingworth demanded more power in selection decisions. However, when he was coach, he would not allow skipper Michael Atherton the same privileges and the pair frequently clashed. The pair were generationally and temperamentally incompatible and Illingworth’s eye for a player appeared more than once to be offering only blurred vision.

Illingworth had a heart attack in 2011. His wife Shirley died earlier this year after battling cancer and Illingworth had offered his support for law changes over assisted dying.

“I don’t want to have the last 12 months that my wife had,” he said. “She had a terrible time going from hospital to hospital and in pain.

“I believe in assisted dying. The way my wife was, there was no pleasure in life in the last 12 months, and I don’t see the point of living like that, to be honest. “But we don’t have assisted dying in England yet, so you don’t have the option do you?”