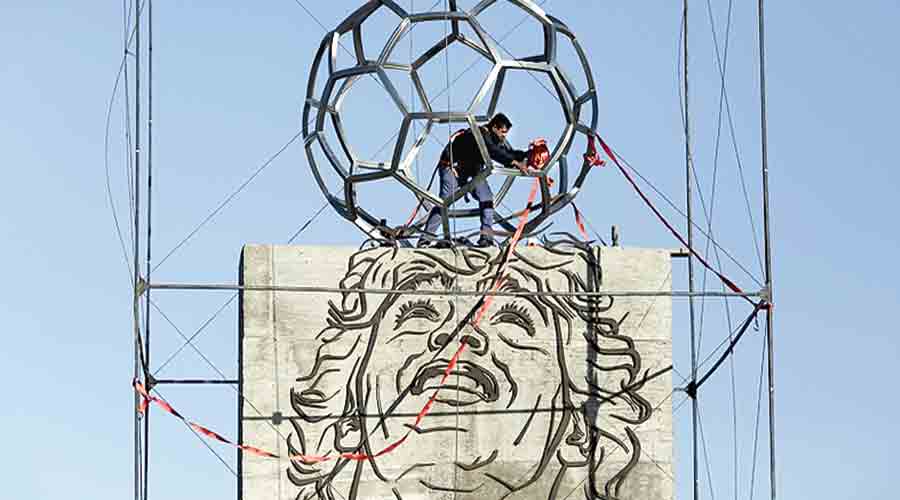 Argentine football is gearing up for a weekend of celebrations to mark the birthday of late football icon Diego Maradona, with matches across the country being paused and clubs and fans dressing to remember the superstar.

“Today (Saturday), 61 years since his birth, his memory is more present than ever,” the Argentine Football Association wrote. “Because Diego is eternal.”

The AFA has told all clubs that players are to wear T-shirts with Maradona’s picture on the front and team captains are to wear a blue and white armband with his silhouette on it.

All matches have been told to pause after 10 minutes for a minute’s applause.

The association hopes 1,000 games will be affected  and asked fans to take pictures and upload them using the hashtag #1000PartidosPorEl10, or “1000 Matches for the 10”.