On lily-white tennis courts, a revolution 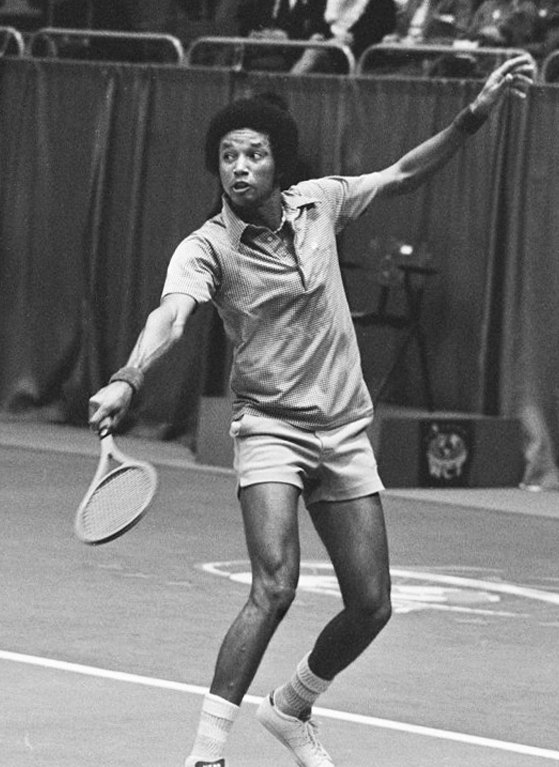 Arthur Ashe, the first black tennis player to overcome all manner of discrimination to win the US and Australian Open titles as well as Wimbledon, which he did in 1968, 1970 and 1975 respectively, is the subject of a major new Hollywood movie that is expected to be released by the end of next year.

Ashok Amritraj, president of the Hyde Park Entertainment group who has produced over a hundred films in Hollywood over the last 35 years and cast many of the biggest stars in the business, announced project “Arthur Ashe biopic” recently after doing the groundwork for two years.

Amritraj’s 26-year-old daughter Priya, who is vice-president of Hyde Park where she oversees the dozen or so films in various stages of development, is also working on the Ashe movie. Ashe’s widow, Jeanne, is an executive producer. The screenplay is being written by the Oscar-winner Kevin Willmott, while Warner Music is a partner.

So far no decisions have been made about the casting though “there’s half a dozen actors I can think of who would be amazing for the role — someone in his mid-twenties”, reveals Amritraj.

Two developments have given his film added urgency. One is the revival of the “Black Lives Matter” movement triggered by the death of George Floyd. The other is the shocking attack last week on the Arthur Ashe memorial in Richmond, Virginia, the city where he was born on July 10, 1943, and where he first learnt to play his tennis in the public courts because blacks were barred from white-only sports clubs. “White Lives Matter” had daubed “WLM” on the structure, which was further defaced with “BLM” sprayed on top.

In his memoirs, Days of Grace, Ashe said that Connors had smacked the ball “with a force that bordered on vindictiveness”.

Amritraj had known Ashe and his wife socially in the ’70s. “I played him in the mid-70s at a WCT (World Championship Tennis) event in St Louis, Missouri. And we had a good match — he won.”

When Ashe was just a boy, “his father told him to keep his eyes down when he was playing tennis. That’s how he was raised.”

The “sensibilities” of the youth were “discovered” by a black physician, Dr Robert Walter Johnson, who set up the all expenses paid “American Tennis Association Junior Development Programme for African-American youths”.

“Needless to say, 1968 was a very pivotal year for Ashe when he won the US Open” because this followed the assassinations of Robert Kennedy and Martin Luther King Jr, as well as anti-Vietnam War and civil rights protests.

This will be a film not just about tennis as Ashe also fought for AIDS patients — he is believed to have contracted HIV from a blood transfusion he received during heart bypass surgery. He publicly announced his illness and founded the Arthur Ashe Foundation for the Defeat of AIDS and the Arthur Ashe Institute for Urban Health before his death at the age of 49 on February 6, 1993. On June 20, 1993, Ashe was posthumously awarded the Presidential Medal of Freedom by President Bill Clinton.

“I’ve been presented a lot of tennis movies over the years and nothing has ever struck my fancy,” Amritraj admits. “This was one that always intrigued me. Many people have tried to do the Ashe story because it’s both inspiring and aspirational. In this time in a divisive world it’s very much a healing story. He is somebody who you compare to an Obama type ofcharacter.”