Important people are the ones who usually get criticised, he commented during a virtual media interaction, ahead of the third Test beginning in Leeds from Wednesday 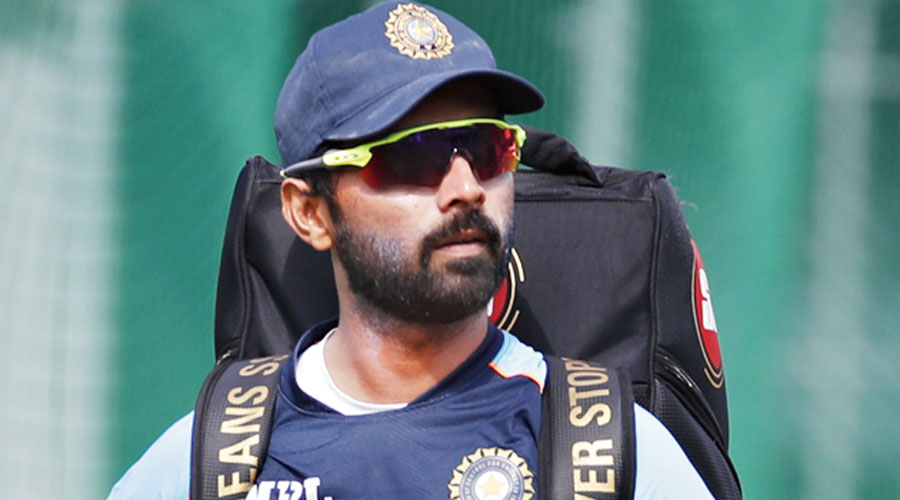 Remaining calm and humble is Ajinkya Rahane’s forte, but that doesn’t mean he can’t be firm when he wants to, on or off the field.

Rahane exhibited admirable temperament during his 61-run knock in the second innings of the previous Test versus England at Lord’s and his effort was one of the key factors behind India’s sensational victory. He expressed his satisfaction over that knock which came at a time when India were in trouble.

On Monday, Rahane showed his off-the-field mental firmness while dealing with questions on criticism, something which he and Cheteshwar Pujara have been subjected to a lot recently owing to their lean patch.

Important people are the ones who usually get criticised, Rahane commented during a virtual media interaction, ahead of the third Test beginning in Leeds from Wednesday.

“I’m happy when people are talking about me. I always believe people talk about important people only, so I’m not concerned about that,” the India Test vice-captain stated in his matter-of-fact tone.

“We think only about the controllable, nothing else.”

Rahane added: “Everything motivates me and so does playing for the country. So I’m really not bothered about criticism… as I mentioned earlier, people only criticise those who are important.”

To be fair to both Rahane and Pujara, their 100-run stand for the fourth wicket at Lord’s couldn’t have come at a better time, especially as India were only 28 ahead with even captain Virat Kohli back in the pavilion. It was the duo that laid the foundation before Mohammed Shami and Jasprit Bumrah made England pay for their faulty tactics, adding a vital 89 in an unbroken ninth-wicket stand.

“It was all about hanging in there. The communication between us was all about thinking of small targets and then building it on from there,” Rahane spoke of his partnership with Pujara.

“He told me to back my game, I told him to back his and the methods he wanted to employ. We just wanted to build one partnership because we knew even 170-180 would have been a tough target to chase down.”

Pujara’s contribution with the bat (45 off 206 balls) was crucial as well, Rahane pointed out. “We always tend to say Pujara plays slow, but that innings of his was equally important for us.”