This mental strength owes a fair deal to the rugby connection in his family, thanks to his father John, who has been an All Blacks player as well as coach 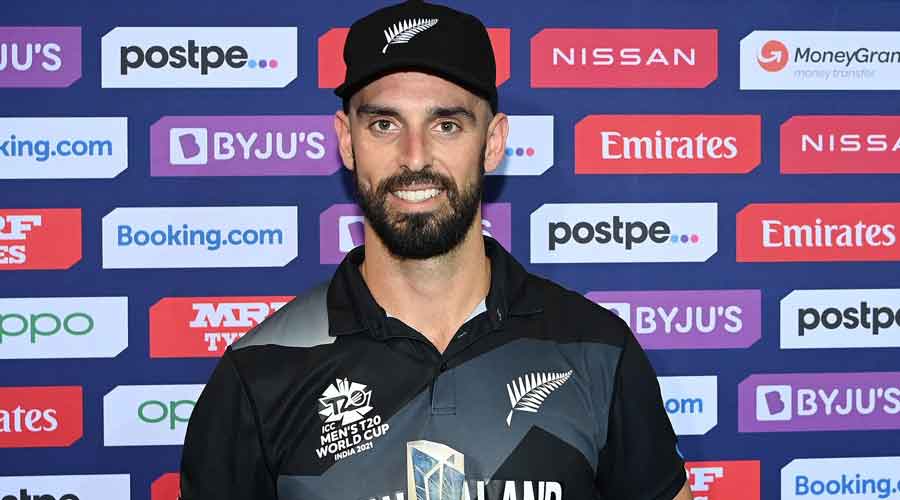 With sports in his genes, Daryl Mitchell is out to prove himself and do justice to the game that has given him the opportunity to make a mark on the world stage.

The match-winning knock that Mitchell, son of a prominent name in the world of rugby, John Mitchell, played in the first semi-final in Abu Dhabi against England on Wednesday, earning New Zealand a T20 World Cup final berth, had a two-part story to it.

In the first half, the Black Caps opener was like that boxer who took all the blows and could only somehow withstand them. But just as it seemed the bout was all but over for him, he got up, gathered his breath and began landing punches that caught the opposition by surprise and eventually led him to glory.

On Wednesday, Mitchell wasn’t at ease early on, especially after New Zealand lost Martin Guptill and skipper Kane Williamson early in their run chase. But that 17th over of their reply, when Jimmy Neesham took on Chris Jordan as well as the all-rounder’s cameo as a whole, turned out to be a lifeline for Mitchell. And the 30-year-old right-handed batsman — who played rugby at school during the winters — made sure that lifeline didn’t go to waste, showing mental strength and fortitude.

This mental strength owes a fair deal to the rugby connection in his family, thanks to his father John, who has been an All Blacks player as well as coach. John, in fact, was the defence coach of the England rugby union side when Mitchell made his Test debut against the Joe Root-led team in November 2019 in Hamilton.

“I think it (the rugby connection) helps as it’s in the family genes. And growing up in a family that has performed at high level has to have an impact on a child’s upbringing and mindset,” Glenn Pocknall, who was New Zealand’s head coach when they toured Bangladesh for a T20I series in September, told The Telegraph on Thursday.

Captain Williamson and head coach Gary Stead certainly deserve credit for collectively deciding to promote Mitchell up the order as the opening partner of Guptill in this   World Cup. Prior to the showpiece event, Nos. 4, 5, 6 and 7 used to be his positions in batting orders for New Zealand as well as for Middlesex in the Vitality Blast.

“He started opening only from the warm-up games of this World Cup,” Pocknall, also coach of New Zealand’s wicketkeeper-batsman Devon Conway at Wellington Firebirds, added. “His plus point is his knowledge of his game.”

Preferred over the likes of Finn Allen and Tom Latham, Mitchell, who can also bowl a bit of right-arm medium, has so far done well enough to vindicate the team management’s faith in him.