At present, all he wants is to keep learning and growing 'both as a cricketer and a person' 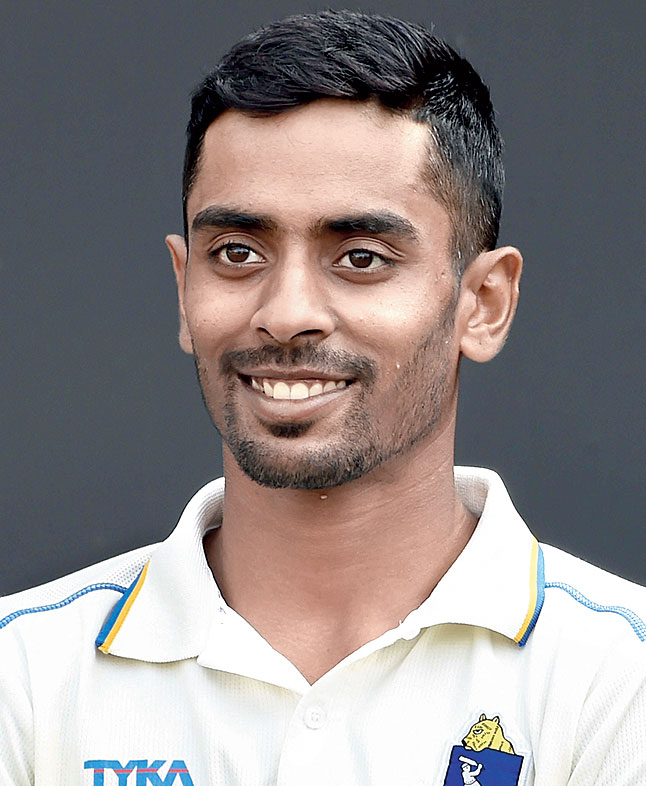 Bengal captain Abhimanyu Easwaran was not picked for the home Test series against South Africa. But he is not depressed. Instead, that acts as a motivation to do even better.

“Not being selected for India wasn’t really a disappointment. I just don’t think about selection matters. I try and do whatever is in my hands.

“Selection is not in my control. I just take one game at a time whatever tournament I am playing, whichever team I’m representing. I try to enjoy that game and give it all I have. I think if I can give my 100 per cent in every single game, that is what matters,” Abhimanyu told The Telegraph from Jaipur on Saturday.

At present, all he wants is to keep learning and growing “both as a cricketer and a person.”

“I’ve had both good and bat times in the game, but I have tried to enjoy every moment so far. I really hope this journey continues and I keep learning and growing both as a cricketer and a person every single day,” Abhimanyu emphasised.

The youngster seems completely unfazed by the fact that this season he will have to lead a Bengal team that comprises players like former captain Manoj Tiwary, Ashok Dinda and Wriddhiman Saha — even if the ’keeper-batsman is available only for one or two matches. All three of them, including vice-captain Sudip Chatterjee, are senior to Abhimanyu.

“It’s good for me that we have so many seniors in the side. Players like Ashok Dinda and Manoj Tiwary will be of good help for me since they have perfomed at the domestic level for so many years. So, their presence is a bonus for the team and obviously for me, their experience counts.

“I can probably take some help from them when needed,” Abhimanyu explained.

The skipper will be missing Bengal’s first two matches of the Vijay Hazare Trophy, against Gujarat and Services on September 24 and 28, because of his Board President’s XI game versus the Proteas in Vizianagram starting Thursday. Sudip is set to lead in his absence.

Abhimanyu, however, does sound upbeat about his team’s chances in the tournament. “We came to Jaipur to play a few practice games, which is a really positive aspect since we’ll be playing all our group matches here.

“Since we have had a good preparation, now it’s about keeping a calm head and execution. Players know each other’s roles. So, it’s time to come good for the team.”