Will the human race survive? 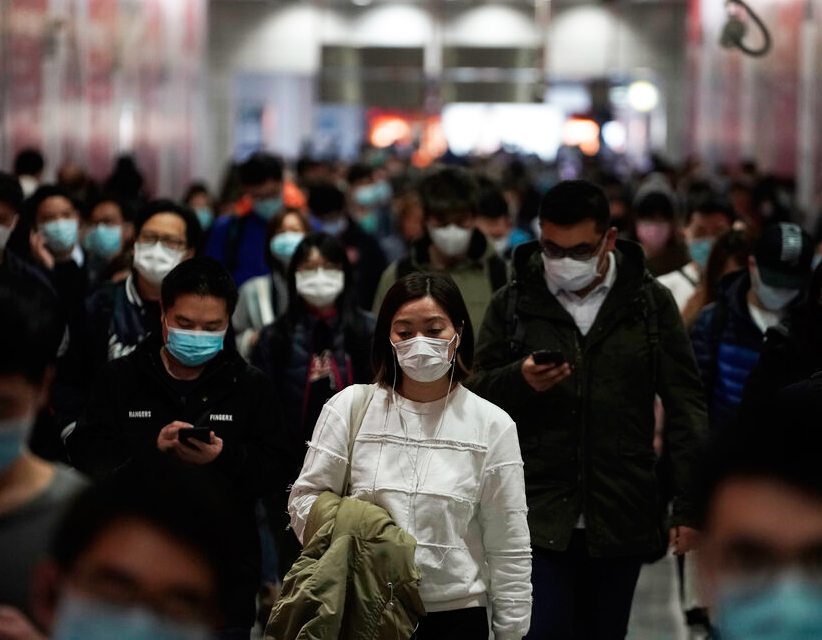 People wearing masks, walk in a subway station, in Hong Kong, Friday, February 7, 2020. Hong Kong on Friday confirmed 25 cases of a new virus that originated in the Chinese province of Hubei. According to the latest figures, 233 new cases of the novel coronavirus have been confirmed globally.
(AP)
Koustubh Panda   |   Published 09.02.20, 06:56 PM

Pathogens, particularly viruses which were never known to affect humans before, are rapidly jumping from other species to attack humans fatally. More alarmingly, we are helplessly witnessing their killing spree with no clue how to control the invasion. Indeed, this threat has never been as serious as it has been in the last two or three decades, enough to make us question whether the human race will ultimately survive.

By the beginning of the 1970s, the world had started to believe that infectious diseases had been all but conquered with the phenomenal success of immunisations and antibiotics. However, the early Eighties brought us the scary revelation of the role of newly emerging pathogens in diseases otherwise thought to be non-infectious. The major ones were Helicobacter pylori for gastric and peptic ulcer, Chlamydia pneumonia for coronary heart disease and the human immunodeficiency virus (HIV) for one of the deadliest immunological diseases ever encountered. Thereafter, several infectious diseases emerged —including SARS, MERS, Ebola, Marburg, West Nile, chikungunya, avian H5N1 influenza or bird flu, H1N1 virus influenza or swine flu, Nipah and Zika — that virtually shattered the very edifice of our clinical capability and confidence to control killer viruses.

Genome sequence analysis of the victims of the human Wuhan Coronavirus (2019-nCov) has also revealed that the virus is close kin to the SARS virus that was responsible for the 2003 epidemic in China and the MERS virus from the 2012 epidemic in Saudi Arabia, and that it probably evolved from the bat. Most of these pathogens were originally believed to infect only animals and not humans.

Zoonoses — diseases that transmit from animals to humans — is certainly not a new phenomenon. Although viruses are essentially considered host-specific parasites and thrive utilising the biological machinery of a specific host, they can spread their virulence to other species if they manage to enter them and pick up their DNA. Such viruses can then genetically evolve to become a new type of virus to re-invade and kill its new host. If a virus that is normally known to affect birds makes its way into humans and picks up some human DNA, they can gradually evolve into a new virus with virulence for humans — this explains the recent avian H5N1 virus which caused havoc in the form of bird flu. Thus, when we get exposed to animal viruses we become potential incubators for the development of such new human viruses although we are not immediately affected.

One of the primary factors being attributed to the surge in zoonoses in recent times is the unprecedented increase in interactions between humans and different animal species. However, the three determining factors that decide the overall pathogenic potential of such viruses and how dangerous they can become are: (i) their capability to change their genome in the new host to dodge immunological defence; (ii) the rate at which they grow and spread; and (iii) the medium through which they spread or transmit. For example, the influenza virus can elicit genome changes and coat protein variations (vaccines generally identify viruses through their coat proteins) at an alarming rate, making vaccine development — the only way to effectively combat these viruses — almost impossible.

The H1N1 influenza virus, the causative for swine flu, grew and spread faster than any virus in history but the avian H5N1 virus, a more deadly one, luckily didn’t manage to spread as fast. What if it had? Similarly, a virus spread through the air can be more dangerous than one which is spread through blood, explaining why HIV, despite being one of the most deadly viruses encountered, didn’t manage to spread as much as feared.

Adding to this crisis is the alarming rise of drug-resistant pathogens popularly called superbugs, products of the indiscriminate overuse of and failure to complete the prescribed dose of antibiotics. Tuberculosis, for example, is now incurable as most Mycobacterium tuberculosis, the bacteria that predominantly causes the disease, are resistant to almost all known antibiotics. Several other diseases such as malaria, typhoid, cholera, gonorrhoea and septicaemia have now become incurable again as the available drugs are failing to act against them.

A survey of the cause of death in Indian hospitals would reveal that a majority of patients die of septicaemia or sepsis — a form of blood poisoning from drug-resistant bacteria — and not from the illness for which they are admitted. Our hospitals are hotbeds of multiple drug-resistant (MDR) pathogens largely contributed by infected carrier patients who are seldom quarantined. Nor are the ICU units sterilised. The unaccounted deaths are attributed to “opportunistic pathogens” that naturally reside in our body and flare up when we are immuno-compromised. But opportunistic pathogens are seldom resistant to all antibiotics — if they are, they are called superbugs — and no one is ready to admit this.

The deliberate attempt to develop killer pathogens by humans as an act of bioterrorism is also a disturbing development. Several countries have embarked on projects to develop “biobombs” containing lethal pathogens such as anthrax, smallpox, flesh-eating bacteria and tularemia or rabbit fever that can be released as aerosols from the air to inflict silent deaths. These pathogens are usually mutant varieties with multiple drug resistance and thus difficult to contain or destroy. Once spread, it would be almost impossible to control their infectious proliferation and the consequent biological devastation.

On a more realistic note, if one sets to argue that evolution is all about “survival of the fittest” and the ultimate sustenance of those species that can overpower and decimate the rest, there is every reason to worry that humans are perhaps under a serious threat from these emerging killer pathogens — they can kill us but we cannot kill them. Moreover, if the pace at which they are invading and killing us continues, we may not perhaps live to witness the decisive fate of this fear.

The writer is a professor and the head of the department of biotechnology at the Dr B.C. Guha Centre for Genetic Engineering and Biotechnology, University of Calcutta