What was meant to be an exercise to bring talented artists, photographers, musicians, gamers and customers together, has turned out to be a big success 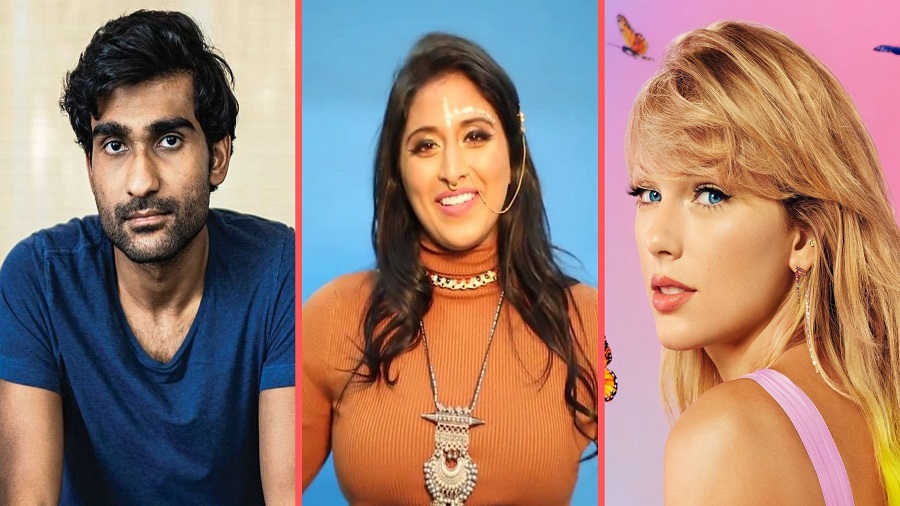 ‘Today at Apple’ programme has seen the tech company work with stars like Taylor Swift. In India, Prateek Kuhad, Raja Kumari and others will conduct the virtual programme.
File picture
Mathures Paul   |     |   Published 17.10.20, 12:49 AM

Apple products are analysed to death but most tech writers end up overseeing one programme of the company which is important to its foundation — ‘Today at Apple’. It’s an initiative that helps customers get the maximum out of Apple devices, be it in way of photography, video editing and even coding. What was meant to be an exercise to bring talented artists, photographers, musicians, gamers and customers together, has turned out to be a big success.

‘Today at Apple’ programme — started in 2017 — is typically held at all Apple stores around the world. But given the impact of Covid-19, the company has tweaked the model by offering virtual sessions, which are conducted by creative pros. Besides creative pros (Apple employees who are pros), Apple also works with local talent and also some of the big names in creative fields. Some of the talent Apple has worked with includes Billie Eilish at the company’s store in Los Angeles before she became a major artiste on the music map. Then Taylor Swift did her bit with a music lab. Christopher Anderson, a member of the cooperative Magnum Photos, has also given his time in the past.

The programme (free) in its virtual form will take off on October 17 in India and customers will be able to view the schedule on Apple Store online and register for the sessions. At the time of launch, online sessions will focus on photography and music, led by local creatives and Apple’s Creative Pros. So, who are some of the people leading these sessions? Photographers include Siddhartha Joshi, Avani Rai, Anurag Banerjee, Prarthna Singh and Hashim Badani while musicians include Raja Kumari, Prateek Kuhad, DIVINE, Lisa Mishra and Aditi Ramesh.

At the start, the live sessions will be in English. But over time, there is a chance to expand the programme based on the needs of the customer. One of the big draws at ‘Today at Apple’ is coding. At coding sessions people of all ages are introduced to something like Swift Playgrounds and everyone gets to explore coding concepts with the same code professional developers use every day. The option may arrive in India at a later date.

Besides ‘Today at Apple’

In addition to the programme, another offering is coming your way on Apple Store online, starting October 17 — engraving in English for AirPods, iPad and Apple Pencil and seven regional languages, including Hindi, Gujarati, Marathi, Telugu, Bengali, Tamil and Kannada, and emojis for AirPods. There will also be free AirPods on purchase of iPhone 11 as part of the festive period (starting October 17).

Update: The news about engraved AirPods has resulted in a surge in demand and delivery time for the same may take longer than usual.

Bruce Springsteen isn’t just releasing a new rock album later this month, he is also offering a documentary on the making of the music. Bruce Springsteen’s Letter to You — written by the rock legend and directed by his frequent collaborator Thom Zimny — offers performances from The E Street Band, in-studio footage and never-before-seen archival material, featuring “a behind-the-scenes look at the iconic artiste’s creative process”.

Set to release on Apple TV+ on October 23, the documentary finds The Boss in the middle of a “45-year conversation” with the men and women who have surrounded him. In the trailer he says, “The years of playing together have created an efficiency in the studio. Ideas tumble around the room, confusion often reigns. And then, suddenly, dynamite.”

The album, which will release on the same day as the documentary, features nine new songs and includes new recordings of three unreleased songs that predate Springsteen’s 1973 debut album, Greetings From Asbury Park, N.J.