Is it possible that scientists have underestimated the virus, not researched it enough, and made humankind all the more helpless before its guiles? 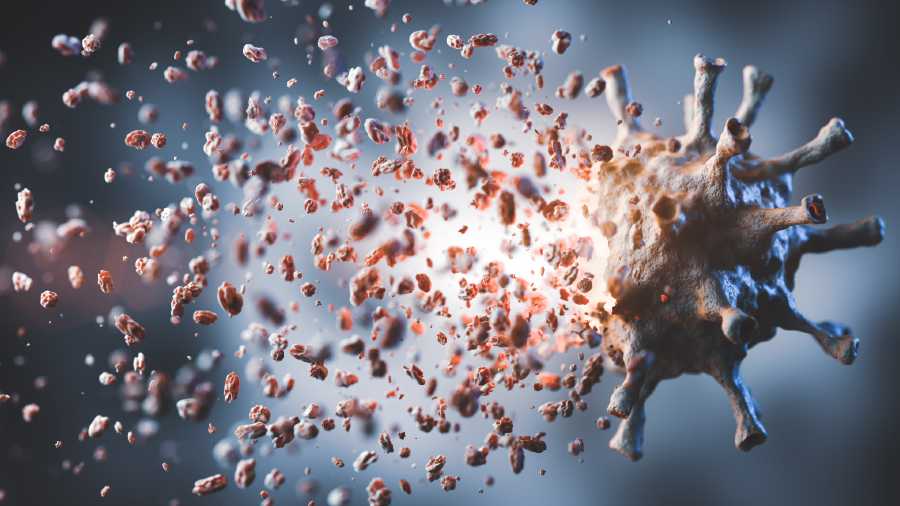 In the past, scientists have debated the prospects of considering the virus a living entity but have ultimately refused to acknowledge that it has life or that it conforms to the biological definition of a living being. The most compelling ground for this stance is that a virus cannot survive independently and neither can it multiply without the biological support of a host.

But given the insidious manner in which such viruses have been invading us of late, it would be prudent to revisit the moot question — are viruses indeed biologically inert? Is it because of the sustained refusal to acknowledge the real biological potential of this apparently “lifeless” pathogen that today we are clueless about how to tame it amidst a pandemic gone virtually out of control?

Even today, viruses are introduced in the classroom as a packed bundle of genetic material comprising either DNA or RNA, which is “gift-wrapped” in a protein coat. It is perhaps this oversimplification of the physiological entity of viruses and the consequent reservation to consider and study them as a living organism or even a “pseudo living entity” that has nurtured the notion that viruses, as dead entities, cannot evolve.

One of the factors that has come in the way of us considering a virus as a living being is perhaps the way we continue to define life and the living. A virus cannot independently grow or carry out any metabolic activity even while surviving with the biological support of its host. This has squarely denied it the passport to the world of the living. However, the genome of some viruses such as the mimivirus and megavirus has revealed the presence of signature genetic motifs associated with the expression of vital life-sustaining metabolic enzymes curiously found in their hosts.

Indeed, sequencing of several viral DNA over time has shown that viruses don’t invade their host to just replicate their genome; at times they also steal vital genetic material from their host and integrate it into their very own genome in order to usurp host traits that they possibly envy. They can also reverse and integrate their genome into the host’s genome. In most cases, the gene abduction from the host gives a strong evolutionary advantage to the virus not only for the improvement of its prospects of independent metabolism and survival but also in expanding its host base.

Notably, viruses can choose any organism across the three domains of life — archaea, bacteria and eukarya — as its host or target. Scientists studying such host-virus interaction had initially opined that all viruses are host-specific, implying that a virus that infects a particular plant or animal would continue to infect only that specific plant or animal and no other. However, over the last twenty years, this perception has been debunked with the alarming emergence of several viruses that could jump species. Noteworthy among them are killer zoonotic viruses that were erstwhile known to only infect specific animals but which, with time, have genetically transformed to turn humans into their fresh hosts. Genetic analysis of these viruses revealed that they had typically usurped critical gene motifs from the human genome to acquire the capability to target humans. Many of these viruses, in fact, cannot even start replicating without stealing a part of the host genome by a process called “cap snatching”. The HIV, Sars, Mers, Ebola, Marburg, West Nile, Chikungunya, avian H5N1 (bird flu), H1N1 virus (swine flu), Nipah, Zika and the current Sars-Cov2 form notable examples of such newly evolved zoonotic viruses that still remain clinically indomitable.

Even if one supposes such viruses to be “brain dead” and mere biological slaves of their host, it is difficult to conceive why the host would itself promote a suicidal support for the virus to undergo such genetic changes or mutations that would help the virus to acquire the capability to harm or kill it. The Ebola virus has genetically evolved to evade the human immune machinery to make the human body its permanent home while retaining its capability to harm. Which leads us to the question — who is responsible for engineering these changes in the viral genome that selfishly benefits only the virus, if the virus is biologically inert?

Once again, the premises for considering the virus as living and capable of genetic evolution would depend on how one defines life. If life is defined in terms of the potential for replication even under biological dormancy, a virus can perhaps be considered as living like the bacterial spore or the seed of a plant. Similarly, if life is assessed in terms of the potential of the core biomolecules in an organism to carry out life functions and not their cellular integrity, the viral DNA or RNA can perhaps serve as such defining factors of life much like the intriguing protein prion, which can trigger and influence the biological behaviour of other proteins to cascade brain damage in humans.

Whatever be the approach of defining life, there needs to be a scientific consensus on acknowledging viruses as either living, inanimate, or an intermediate entity of life and determining its eligibility to be recognised as life’s fourth domain following archaea, bacteria and eukaryotes. This can be decisive for adopting effective deterrents to avoid the tragic and shameful re-emergence of viral pandemics such as the one we are experiencing right now.

The writer is professor and head of the department of biotechnology at the Guha Centre for Genetic Engineering & Biotechnology, University of Calcutta