The AKG Y500 headphones are a perfect gift for an audiophile

Light, comfortable and stylish, the AKG Y500’s sound will rock you time and again 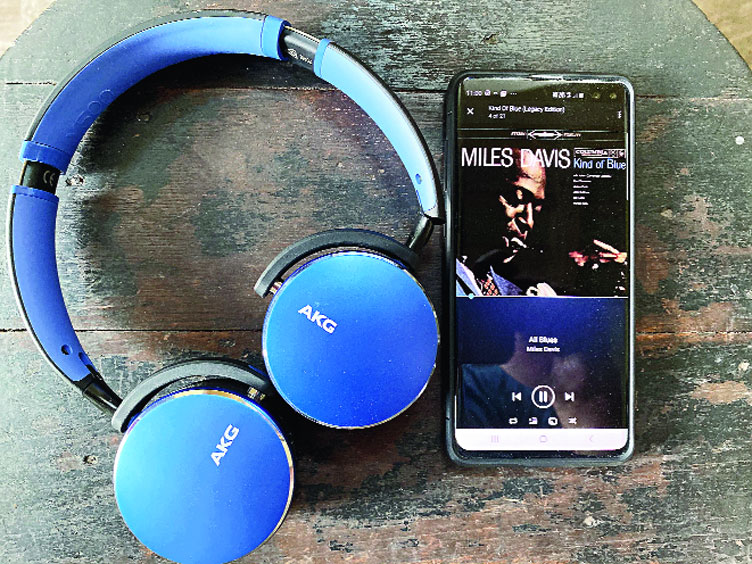 Twenty inches from either shoulder sits your hard-at-work colleagues. Ten inches from your ear stands a talkative uncle making his way back home on a crowded underground train. A couple of hundred metres away from your ear are screeches of buses filling the park that hosts your morning jog every day. This is the moment when headphones come across as one’s best friend.

Headphones and cars have a thing in common — once you get locked in to a particular type, it’s difficult to let go; just like an SUV-driver would cock an eye at hatchbacks, on-ear headphone users would think twice before switching to ear buds. Yes, there is a certain “thingness” about a well-engineered tech product and this comes across on AKG by Samsung’s Y500 wireless on-ear headphones. It is one of those products that can be flaunted on the streets, yet it’s easy on the pocket.

This is a brand that goes way back in time, has a Grammy in its kitty and was an outstanding purchase that Samsung made a few years ago (Samsung Electronics acquired Harman which has brands like JBL, harman/kardon, Infinity, AKG, AMX, dbx, Lexicon and others). Adding panache is the combination of aluminum highlights and plastic, complete with plump memory-foam earcups with silver edging. The build is as sturdy as it looks and the earcups not only fold inwards but they also rotate up to 90 degrees so you can store them flat. As for fit, it sits snugly on the head, making it ideal for long hours of use.

The headphones offer a decent fit for someone with big Mr Bean ears like mine or my better half’s square ears. What we also like that the pads sit on the ears and not around it. Of course, that brings us to the question of noise isolation and leakage.

The most important part of on-ears headphone is the placement of the earcups, which can’t be off by even a centimetre. The AKG Y500 gets the placement spot on. Not the one for headphones that add a metallic sheen to the treble, this Bluetooth wireless headphone does a good job at offering a sound that’s relaxing and at the same time lively.

Benny Goodman’s clarinet or Miles Davis’s trumpet carry a natural conviction. When Goodman hits the highs in Under Paris Skies, there is crispness while the other instruments are given space to breathe. Or when Nina Simone gets into the groove in Feeling Good, her timbre is on point while listening on the Y500. Shifting gears to Madonna’s Confessions On A Dance Floor, the headphones deliver a bass slam. Even though this is not a noise cancellation headphone, the sounds are not dulled down by the all the city noises around you.

Ambient Aware is a neat feature. Press a small button next to power on/off and music gets lowered, allowing you to hear noises around you, which is a helpful feature if you are in crowded spaces and need to be aware of what’s happening. But it doesn’t always work very well… not in all spaces, like in a room with a whirling fan; there’s some more work that needs to be done. A better option would be to just slide the device off the head and the music automatically turns off. Put it back on again to pick up from where you left. This is a winning feature.

Also spot on is battery life. AKG claims the Y500 will keep rocking and rolling for 33 hours. Of course, we couldn’t sit 33 hours straight, listening to music but over a week, the total was close to the 34-hour mark. This is far more than the usual 20-odd hours one gets on most on-ear headphones. Charging time also needs to be talked about — five minutes of charge gives around an hour of music.

Another option that’s much needed for 2019 is there — pairing with multiple devices. One can pair the headphone with two phones and you can flip between the two, depending on which source is active.

Included in the box — inside a neat-looking travel pouch that can be used to carry the headphone around — is a hands-free on-the-wire microphone for use with phones that still have a headphone jack. Of course, there is a microUSB charging wire also but since this is a product from Samsung, wouldn’t it be lovely to have a USB-C system, the same that’s used for the phone?

The latency issue faced with many wireless Bluetooth headphones has been well taken care of on the Y500. The drivers deliver detailed sound across a range of genres, capturing all the instruments of a classical piece as efficiently as packing enough bass to make pop music appear punchy without overpowering the vocals. Most importantly, the headphones are musical enough to leave one tapping his or her feet.

Light, comfortable and stylish, the AKG Y500’s sound will rock you time and again.

Automatic play/pause: The music will automatically pause when the headphones are taken off and resume playing when placed back over the ears.

Battery: Enjoy up to 33 hours of playback time (t2 got around 34) on a single charge and get an hour’s use from a five minute speed charge.

Multiple devices: Pair two compatible devices simultaneously with ease. If you’re listening to music on one device and receiving a call on the other, your headphones will intuitively switch to the call and back to the music once you hang up.

Ambient aware: With ambient aware technology built in, decide how much of your surroundings to let in or keep out.