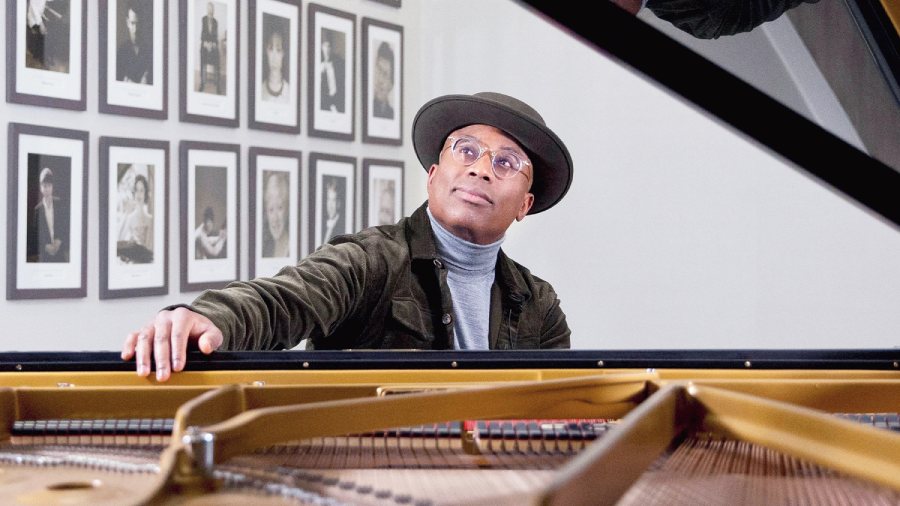 Music has mostly been stereo for decades though the source has kept updating — vinyl to cassettes to CDs and streaming. That’s changing, thanks to Spatial Audio with Dolby Atmos. A most interesting development in recent times has to do with the technology at the heart of the experience Apple Music offers.

It will an understatement — perhaps even a mistake — to compare this with the upgrade from standard definition to 4K because both of these fall flat… on the screen. A movie theatre will be a better analogy. At a movie theatre sound is projected from left, right, centre and top to become immersive and embrace everyone present. The new technology makes the listener walk into a sound space that’s equally immersive but it can happen anywhere — at home, lying on your sofa, on the tube, in office, on the road or lying on the grass counting stars.

Since its launch on June 7 last year, the technology has simply spoilt listeners for good. Experiencing Spatial Audio is like enjoying a jam session in New Orleans or doing the rounds of cafes in Tangier while reality has you stuck in Bangalore or Calcutta traffic.

The power of the technology increases exponentially while listening to classical music. “I always like to think of listeners as virtuoso listeners. I think we’ve evolved in so many ways, from consuming music passively to moving towards almost becoming co-creators with composers and producers. I always imagine people who listen to our music as co-creators with me… reimagining sound. Spatial Audio reimagines sound in an incredible way that for me is just thrilling,” said acclaimed pianist, composer and producer Alexis Ffrench over a video call, who has a new release in the form of a brand-new record titled Truth (Sony Music), available for streaming in Spatial Audio (and lossless) on Apple Music.

Surrey-born Ffrench has been breaking stereotypes for decades, pushing classical music towards finding more acceptability among the youth. Spatial Audio on Apple Music may help achieve this goal as youngsters love technology and innovation. When the iPod launched in October 2001, the idea was simple — carry 1,000 songs wherever you go. The pitch is not very different with Spatial Audio — in your pocket is a seemingly infinite library of music and now you can take them to a “space”. Spatial Audio offers the sonic feel of being in an auditorium and having the best seat in the house or even in the same position as the conductor or the musicians themselves. It’s like you’re there in the middle of all the sound. No matter how you move your head, the sonic space remains around you.

Apple’s love for classical music cannot be underestimated, respecting a category with a 1,000-plus-year history and 100-plus years of recorded history. The number of classical albums on Apple Music is mind-blowing, featuring all the big new releases, from artistes like Yo-Yo Ma to Alexis Ffrench. It is about respecting a history created by the likes of Glenn Gould with the album Bach: The Goldberg Variations or Arthur Rubinstein visiting Nocturnes (Chopin). Last year, Apple acquired one of the most prominent classical music streaming services called Primephonic. Hopefully, we will soon get to see a new app from Apple where only classical music gets celebrated.

Look for the Dolby Atmos badge on Apple Music

“Because of the pandemic I was at home, conscious of the challenges that all orchestras faced. I wanted this to be an orchestral record. I started listening to tonnes and tonnes of orchestras and listening to their sound and how the pandemic was affecting them. I then started listening to the different spaces they were in and I read about what they were doing to overcome the various challenges. That was the starting point. Many of these really fantastic orchestras were sounding different, obviously, because of distancing. But we came across this orchestra in Vienna; they had a fantastic space. I started thinking about the end process — spatial audio, without loss and incredible sound,” said Alexis.

Truth has been recorded at the world-famous Real World Studios near Bath with the musician working remotely with a 70-piece orchestra in a custom-built studio in Vienna. The artiste who normally writes, orchestrates, performs and produces all his own albums, has worked with co-writer John Maguire on One Look featuring Leona Lewis. “As I wrote One Look I could hear lyrics on it,” said Alexis.

Helping Ffrench in his quest is senior recording engineer Andrew Dudman. “For the last 50 years, people have been making stereo recordings, trying to make them sound as wonderful as they can… coming out of just that flat plane of two speakers in front of you. And there are tricks you can do to make the sound wider. What Spatial Audio allows is take that flat 2D plane and envelop you in a (new) space,” said Dudman on the video call.

The best thing about Spatial Audio is that if you are a subscriber of Apple Music, it’s free for you to enjoy and so is lossless audio. The number of unique songs available in Spatial Audio on Apple Music has increased 8X since launch and monthly Spatial Audio plays on editorial playlists have grown by 125 per cent since the launch of Spatial Audio. No matter how much you read about the new technology, there is no substitute for experiencing it. Hear it and you will not be able to listen to music any other way.

Apple Music has a catalogue of more than 75 million songs available in lossless audio.
Picture: The Telegraph
At a glance

•  What is Spatial Audio with Dolby Atmos?

The music comes from all around you and sounds incredible. It creates immersive audio experiences with true multidimensional sound and clarity.

•  How can you experience it?

It can be enjoyed on Apple Music. On the iPhone or iPad, update to the latest version of iOS or iPadOS. Visit settings and tap ‘Music’. Under ‘Audio’, tap Dolby Atmos. Choose Automatic, Always On, or Off.

•  How can you see if a song is available in Dolby Atmos?

Play the song on Apple Music, then check for the Dolby Atmos badge in Now Playing.

•  Listening to it on headphones...