Snapchat: Getting the spotlight game right

In case you haven’t been using this application lately, there is more than one reason to dive back into the app 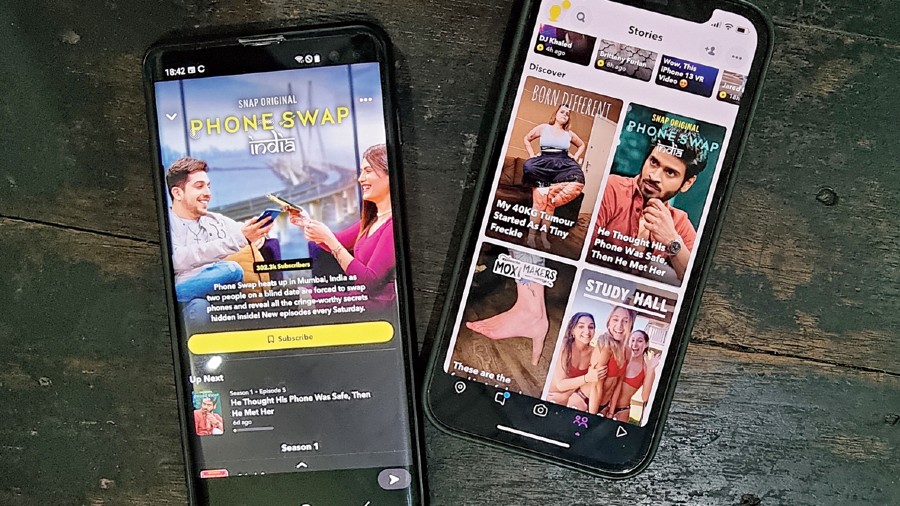 Snapchat has drastically improved its Original line-up and now has an Indian show called Phone Swap.
Picture: The Telegraph
Mathures Paul   |   Published 03.05.21, 12:10 AM

Even after its features got copied blatantly by Facebook, there is no slowing down Snapchat. According to the latest results, revenues for the company have surged in the latest quarter, with Snapchat users increasing. Now it has 280 million daily average users, compared with 265 million in the prior quarter and 229 million a year earlier. The constant improvement could be because of the innovations on the app, the latest being Spotlight, besides, of course, a steady flow of new lenses and filters. In case you haven’t used Spotlight, head for the app right away.

Get the Spotlight game right

To describe it simply, Spotlight is a short video feed that mimics TikTok, with a small difference. Unlike TikTok, Spotlight videos don’t have a comments section. Also, other users won’t be able to see your display name unless you are 18 years or older and have a public profile.

There’s a reason behind choosing the approach that has been popularised by TikTok. It opened up the feed to videos based on whatever the app has learned about you and not necessarily whom you follow and what you don’t follow. The algorithm helps a dancer or singer who may not be famous but has a fun snippet to put out. The idea is to democratise the process of delivering short videos; it’s not about having a million followers but about having videos that can take users on a path leading to a million followers. Not that the videos on TikTok can entertain everybody but the unpredictable nature of the videos has helped the social network grow.

Inspired by the feature, Facebook has added it in the form of Reels on Instagram. The initial buzz around it was amazing, especially when TikTok was going through a phase when its survival in the US market was questioned and the platform was banned in India. Reels comes across as a separate component and not an integral part of the Instagram experience, as if a restaurant has run out of coffee and is asking a customer to pop over to the café next door and then return to pay the bill.

Snap has been able to take a different approach because its product, Snapchat, is known for being quirky. Even without public follower count, likes or comments, videos have almost the same quality as that on TikTok. The company is spending a considerable amount in paying creators.

Snapchat is also investing heavily on original shows. At first it was about presenting original shows developed in the US but the company has realised the potential of the Indian market.

In case you haven’t watched it, there is a Snap Original titled Phone Swap on which “two people on a blind date are forced to swap phones and reveal all the cringe-worthy secrets hidden inside”. New episodes get uploaded every Saturday. Since it’s a Snapchat show, it ends up popularising the vertical-format video, which is something one wouldn’t like to watch on the television. Directors are changing the way they shoot because of Snapchat. On the other hand, Instagram TV or IGTV was early to the party but somehow the content doesn’t have the finish of Snapchat. Nonetheless, both applications are pushing the boundaries of entertainment.

Adding to the entertainment factor are games. There are quite a few casual games within the app and the latest is its first Indian Snap Game, Ludo Club. Created with Bangalore-based Moonfrog Labs, while playing the game you can also chat with friends. Since launching Snap Games in April 2019, more than 100 million Snapchat users have played such titles.

That Snapchat is growing beyond the US is evident from the number of users on the Android platform. About a week ago, during its earnings report, Snap said its user base mostly uses Android instead of iOS. It’s an important step that the company’s CEO Evan Spiegel has acknowledged. It’s a “critical milestone that reflects the long-term value of the investment we made to rebuild our Android application”. The app was originally launched only on iOS and released its first Android app in 2012.

Social media platforms in general have done well during the pandemic as a tool of communication as well as a place where people locked inside their houses found a virtual world. Engagements in the world of Snap increased with Snap Maps and Spotlight. “It is in the early days of monetising those assets. When you look out over the next several years, that’s really the opportunity for continued overall revenue growth,” Ronald Josey, an analyst at JMP Securities, has told The Wall Street Journal. President Joe Biden’s administration has used Facebook, Twitter and Snap for its promotional campaign for vaccine eligibility.

Now that Snap has been in business close to a decade, it is also inspiring the interface of other apps, like the new dating app on the scene called Feels. Here profiles are an amalgamation of pictures, videos and answers to prewritten questions but the way one browses is very much like Snapchat Stories. 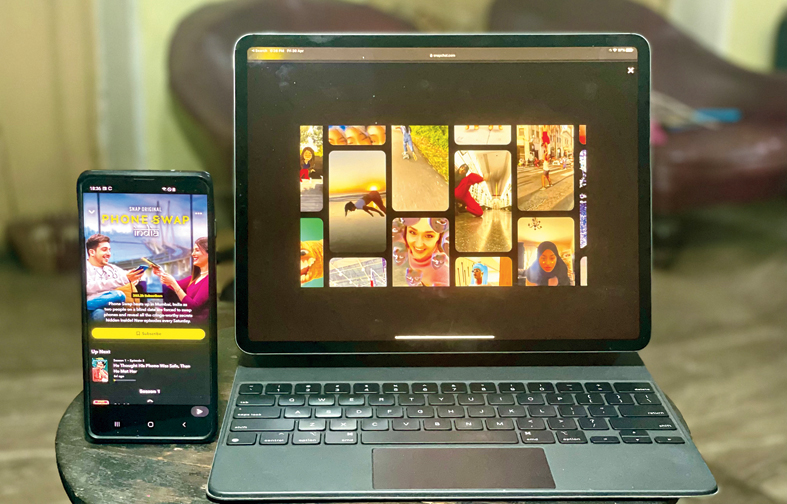 • Snapchat ended the latest quarter with 280 million daily average users, compared with 265 million in the prior quarter and 229 million a year earlier. Though North America remains the company’s largest and fastest-growing revenue base, the app’s popularity is growing beyond the US.

• The company expects second-quarter revenue in the range of $820 million to $840 million.

• Snapchat now has a bigger user based on Android instead of iOS. The app was originally launched only on iOS and released its first Android app in 2012.