Samsung Galaxy A9 is exactly what Gen Insta ordered

Four cameras on one device. Here's our review of the new gadget on the block 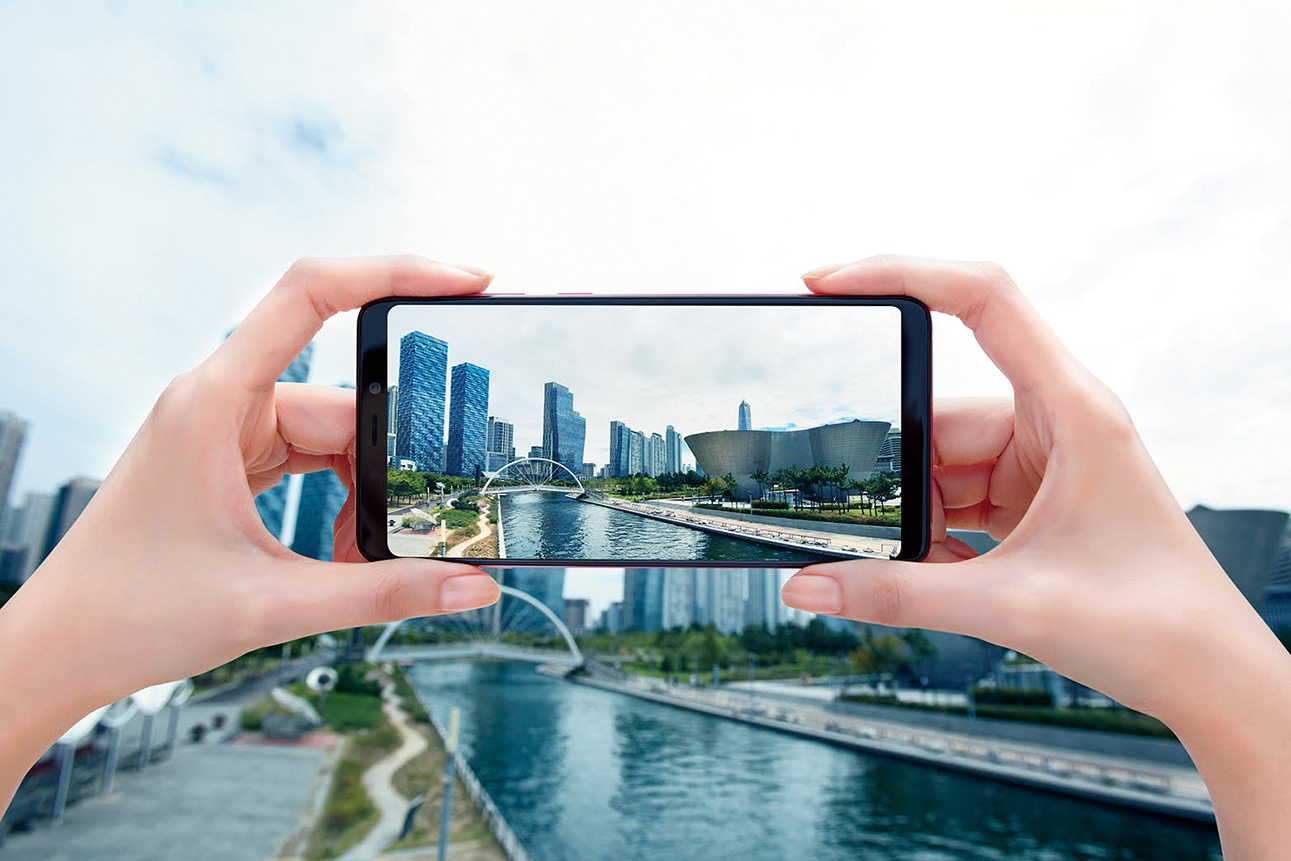 Every year at the Mobile World Congress in Barcelona, the world waits for the benchmark Samsung would set with its flagship Galaxy S phones. A few months later, Apple announces its iPhone offering, delivering a fresh take on what mobile phones can deliver. In the middle, Google chips in. In other words, every company has one big outing every year. Samsung just upped the game by delivering in the mid-segment category, innovations that are usually found in flagship phones.

Several hundred people waited outside W Hotel in Kuala Lumpur on Thursday evening. Petronas Towers was just a stone’s throw away but all eyes were on the entrance to the event hosted by the South Korean giant. The promise — “4x fun”. And what was delivered is the striking Galaxy A9, which the company is calling the world’s first smartphone with a quad-lens camera set-up on the back. This is a device that can capture a large group of friends anywhere inside, say, the twin towers or at a beach, without missing important details or unnecessarily leaving people out of the frame.

The USP of the Galaxy A9

What matters to a layman when it comes to photography are image quality, how much control one has over choice of lens and what a person would do with the photographs that are being taken (share, print and so on). Smartphones, in general, have almost killed point-and-shoot cameras. What it is now trying to do is improve the level at which it can complement a shutterbug’s main camera. This is where the A9 scores big.

Each of the four cameras at the back of the A9 serves a unique purpose. The first is a 24MP (f/1.7) main lens which captures clear images under all kinds of light conditions. The second is an 8MP (f/2.4) camera with ultra-wide 120-degree lens, which will ensure more things fit into the frame. The third is a telephoto (f/2.4) lens with 2x optical zoom backed by a 10MP sensor, which ensures detailed close-up shots. The fourth is a 5MP (f/2.2) depth lens which can be used to manually manage a photo’s depth of field and focus on the subject.

“These are cameras that can help you capture every moment, just the way you see it. The images you can take on this phone was previously unheard of,” said Roy Min, marketing, Samsung HQ.

Yes, Google has done a good job in the photography department even after restricting — like in earlier years — the number of rear cameras to just one on its new Pixel phones. Google, being a software company, has deployed software solutions to make one camera do the same work as a dual camera set-up. It’s what IDC analyst Ramon Llamas recently said about the Pixel 3... that it doesn’t break new ground on hardware, but “software is a different story. It’s mostly about convenience here.”

But what the A9 sets out to do is completely different. While Google has miles to go to keep Pixel prices reasonable and thus sell more units, Samsung has been successful across categories with its innovations. Even with four cameras at the back of the phone, the pricing of the device hasn’t gone out of control. With whatever time t2 could spend with the A9, the pictures came out fantastic. It is just a matter of days before it scores well on DxOMark (a leading source of independent image quality measurements and ratings for smartphone cameras). The A9 is certainly going to spice things up in the mid-tier and lower rung of the premium category while the recently-launched Galaxy A7 (with three cameras in the back) is a tiltpoint in the lower part of the mid-tier.

Second, the A9 and the A7 are a good strategy to appeal to a younger audience who may not be able to afford flagship devices. The number of youngsters gathered at the launch highlighted just that. Instead of TV or film stars, the company roped in K-pop girl band AOA to perform their hit song Bingle Bangle at the event while BtoB member Yook Sungjae spoke about the importance of cameras on a phone.

Third, we are not sure whether the new camera system would eventually feature in the Samsung’s flagship devices but it can very well be an R&D exercise that involves working on a technology which can make way to a big-bang moment when the company celebrates the 10-year anniversary of the Galaxy S series at MWC next year.

What about other features?

The A9 comes with specs that make it an attractive purchase — 6.3-inch full HD+ display, octa-core processor with 6GB of RAM and powered by a 3,800mAh battery. There’s 128GB of internal memory, a microSD card slot that supports up to 512GB of external memory. The 3.5mm headphone jack is still there.

When and how much?

The phone will launch in India in November but the price is still hush-hush. In the UK, the phone will be priced £549. 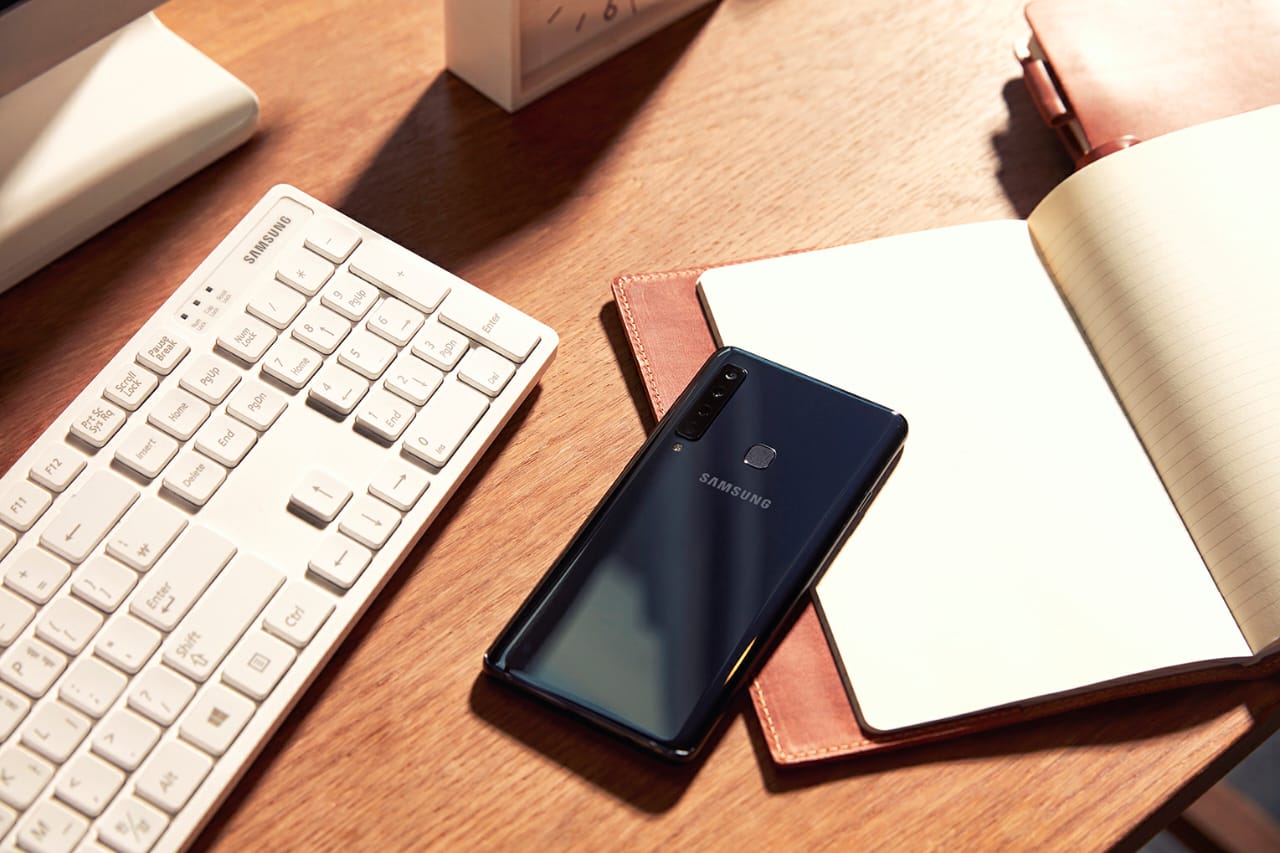