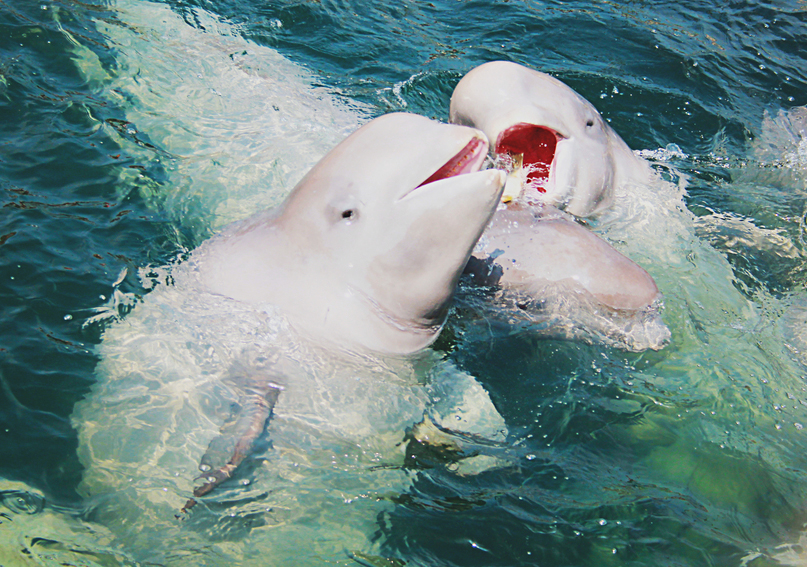 Humans hunting for meat or body parts are threatening to drive to extinction 60 per cent of the world’s megafauna, including iconic creatures such as the beluga whales, the Chinese giant salamander and the Somali ostrich, scientists said on Wednesday.

An international research collaboration that examined the vulnerability of the world’s largest amphibians, birds, fish, mammals and reptiles has said more than 150 species are under threat of extinction mainly through intentional or unintentional human hunting.

The whale shark, the leatherback turtle and the African elephant are also among the megafauna species threatened with extinction by people seeking their meat, body parts, or eggs, the scientists said in their study published in the journal Conservation Letters.

“We’re not trying to undermine the threats these species face from habitat loss, but harvesting for meat or body parts is the biggest danger to many of these megafauna species,” William Ripples, professor of ecology at the Oregon State University in the US who led the study, told The Telegraph over phone. “We were surprised to see how eating also threatens some of the world’s most iconic megafauna.”

Whale shark flesh is highly valued in several Asian markets and the demand for shark-fin soup threatens this species, the scientists said. The Somali ostrich is shot and hunted for food, leather and feathers. And belugas are threatened by overfishing for meat and caviar.

The Chinese giant salamander is an amphibian that can grow up to six feet long and belongs to a family that dates back to 170 million years. But, the scientists said, it is considered a “delicacy” in Asia and “under siege” by hunting, development and pollution.

The extinction of the Chinese giant salamander is “now imminent,” they said.

“Intentional snaring for bushmeat is prevalent in many parts of Southeast Asia and Africa and a major threat to some megafauna species,” Ripples said. “We’re hoping that our study will stir governments into taking additional actions to curb intentional or unintentional harvesting.”

Ripples and his collaborators in Australia, Canada, France, and Mexico analysed data from multiple studies and the International Union for Conservation of Nature for their vulnerability assessment of megafauna species.