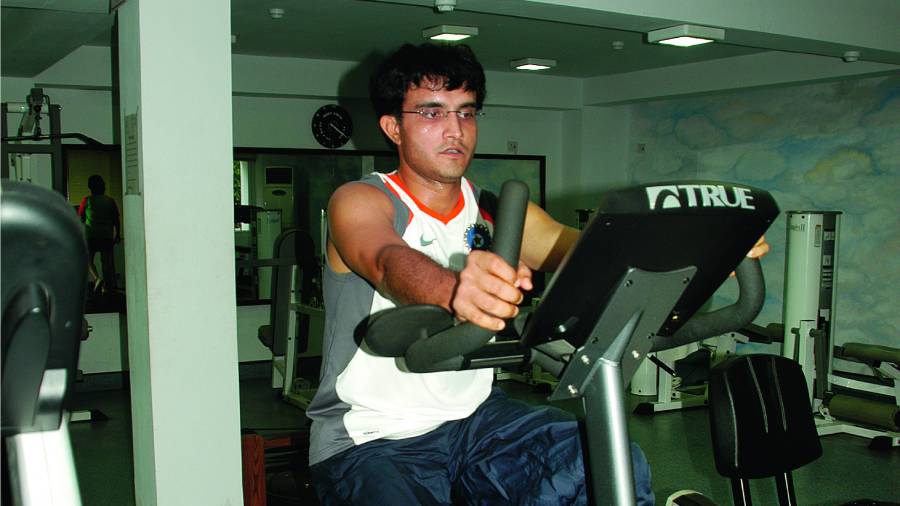 Sourav Ganguly, chief of India’s cricket board and former Indian cricket captain, collapses during a treadmill routine. He has to be taken to hospital and has to undergo corrective procedure. There is shock all around. But why? How? Isn’t Ganguly, a high-profile sportsman, fit? Perhaps. But that is not a necessary insurance against heart ailments. Doctors found three blockages in his arteries, one of which needed an immediate stent implant through angioplasty.

Many people were amazed that a relatively young and fit sportsperson like Ganguly could have been silently suffering from such a heart condition. The doctors at the hospital were, however, not surprised because the former cricketer has a family history of heart disease. Cardiologists attending him issued a statement saying, “Genetic history and long-term stress and other factors may have caused the disease.”

According to cardiac surgeon Dr Kunal Sarkar, people above 45 years of age — Sourav is 48 — are vulnerable to heart disease as age is a key predisposing factor, especially if you have common risk factors such as diabetes, high blood pressure and obesity. “Since he had none of these factors, it’s most likely that his family history has played a role. His father Chandi Ganguly had acute heart problems,” Dr Sarkar says. Apparently Ganguly senior, who suffered from diabetes, had had multiple heart attacks. But should not Ganguly junior, who follows a restricted diet and a regular exercise regimen, have been spared?

While middle-aged adults are exercising more these days and living longer, new research from the University of British Columbia, Canada, suggests that even the fittest among them are not immune to cardiovascular disease — and they often don’t have any symptoms. The study, published recently in BMJ Open Sport and Exercise Medicine, highlights how important it is for middle-aged athletes to have their doctor check their cardiovascular risk factors, especially if they have high blood pressure, high cholesterol or a family history of cardiovascular disease.

For the study, researchers followed 798 “master athletes” — aged 35 and older — who engage in moderate to vigorous physical activity at least three days a week. The participants hailed from a range of sports, including running, cycling, triathlon, rowing and hockey. Of them 94 (11 per cent) were found to have significant cardiovascular disease. Ten participants were found to have severe coronary artery disease (a 70 per cent or greater blockage in their artery) despite not having any symptoms. Among the 94 athletes, 44 were found to have a family history of heart disease.

Many different types of heart disease can be passed down through families. Some are caused by just one or a few genetic changes that have a very strong effect such as a fairly uncommon disorder called hypertrophic cardiomyopathy that mostly affects the muscles of the heart. “One common example is familial hypercholesterolemia, which causes very high cholesterol levels and may lead to premature coronary artery disease — blockages in key arteries supplying blood to the heart — occurring before the age of 50,” says Dr Suvro Banerjee, a senior cardiologist in Calcutta. High levels of cholesterol in the blood can be detected to a large extent through a lipid profile test. According to some news reports, Ganguly had last undergone such a test for very many years. Ideally, people over 40 should get their blood lipid profile tested at least once a year.

Familial hypercholesterolemia is an inherited condition characterised by very high levels of cholesterol in the blood. Cholesterol, a waxy, fat-like substance produced in the body and obtained from foods that come from animals (particularly egg yolks, meat, poultry, fish and dairy products), is required by the body to make cell membranes, certain hormones and compounds that aid in fat digestion. In people with familial hypercholesterolemia, the body is unable to get rid of extra cholesterol, and it builds up in the blood. The excess cholesterol is deposited on the inner walls of blood vessels, particularly the arteries that supply blood to the heart (coronary arteries), forming clumps (plaques) that narrow and harden artery walls. As the plaques get bigger, they can clog the arteries and restrict flow of blood to the heart. The build-up of plaques in coronary arteries causes a form of chest pain called angina and greatly increases a person’s risk of having a heart attack. Ganguly suffered from angina while working out on the treadmill.

Less commonly, familial hypercholesterolemia is caused by mutations in the APOB or PCSK9 gene. Proteins produced from these genes are essential for the normal function of low-density lipoprotein receptors. Mutations in any of these genes prevent cells from making functional receptors or alter the receptors’ function. “Hypercholesterolemia results when low-density lipoprotein receptors are unable to remove cholesterol from the blood effectively. High LDLs in the blood make people vulnerable to heart diseases at a younger age,” explains Dr Banerjee.

According to him, people with a high level of LDL are prescribed medicines such as statins to bring it down. If the problem lies with the PCSK9 gene, the patient is prescribed two monthly injections. However, as yet there is no remedy to fix a faulty APOB gene. Research is on to develop an anti-APOB drug. Until then, statins remain the prescribed solution.

Remember, you can change your odds of having a heart attack regardless of your genetic risks. For some, that might involve statins and other medication. “But everybody benefits from a good diet and regular exercise,” points out Dr Banerjee.