Tomb Raider: The Official Cookbook and Travel Guide will make your imagination run and then eat like the legendary video-game character 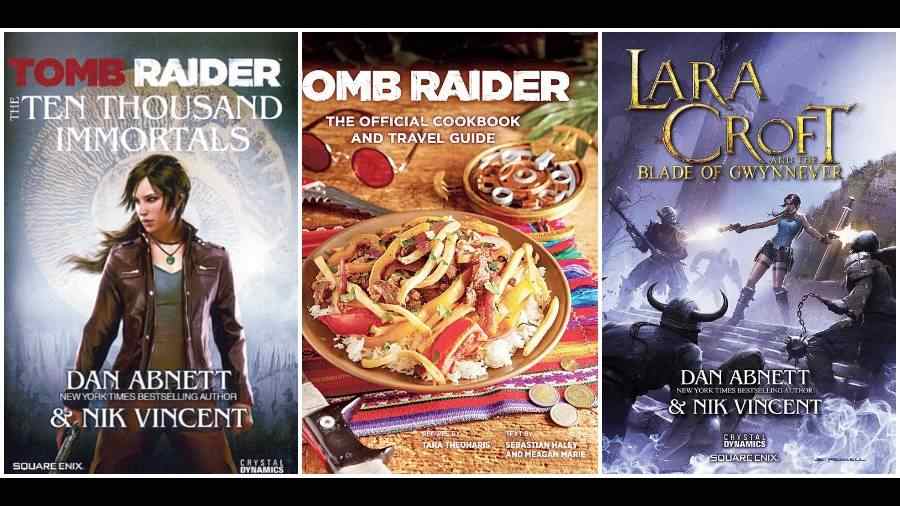 Lara Croft is one of the fittest video game characters we have come across — running, jumping or diving without feeling breathless. What does she eat? This being the 25th anniversary year of the Tomb Raider franchise, there’s a book that gives you the bigger picture —.

A highly detailed book, it captures the history of her journeys, sharing a lot of details about the many places she has visited and the customs of that place. Of course, there is food at the heart of the book. It’s a cookbook and travel guide. There are over 40 recipes complete with details of the many beautiful countries and cities Lara has visited.

For example, there is Vada Pav. After offering a short recipe-origin story about the carb-heavy snack, you are given the recipe for it. How does it connect with Lara? With Tomb Raider III in 1998, Lara had visited India to find a lizard-shaped stone that grants her the ability to fly.

Then there’s Japan and the dish Okonomiyaki, which is a pancake, favoured as a filling and inexpensive snack for children during the Second World War. The location was featured in Tomb Raider: Legend in 2006. There is also something as simple as beans on toast, which happens to be Lara’s favourite meal, as noted in her original bio from 1996. The travel-guide section includes Tiwanaku in Bolavia, the Antarctica and more.

Lara Croft is not the only franchise that has got cookbooks. There is the Street Fighter: The Official Street Food Cookbook, Marvel Comics: Cooking With Deadpool, Star Wars: Galactic Baking: The Official Cookbook of Sweet and Savory Treats From Tatooine, Hoth, and Beyond, and Gotham City Cocktails: Official Handcrafted Food & Drinks From the World of Batman.

In case you are interested in Lara Croft-themed books, check out the novel Lara Croft And The Blade Of Gwynnever, Tomb Raider: The Ten Thousand Immortals, 20 Years Of Tomb Raider: Digging Up The Past, Defining The Future, and The Making Of Tomb Raider.

Returning to Lara’s cookbook, you will a slew of good recipes — focaccia from Italy, jollof from Ghana, and Nepalese momos. The book has as authors Sebastian Haley, a life-long Tomb Raider aficionado, Tara Theoharis, the creator of the recipe-and-party blog The Geeky Hostess, and Meagan Marie, an industry veteran with experience on both the press and production sides of making games.