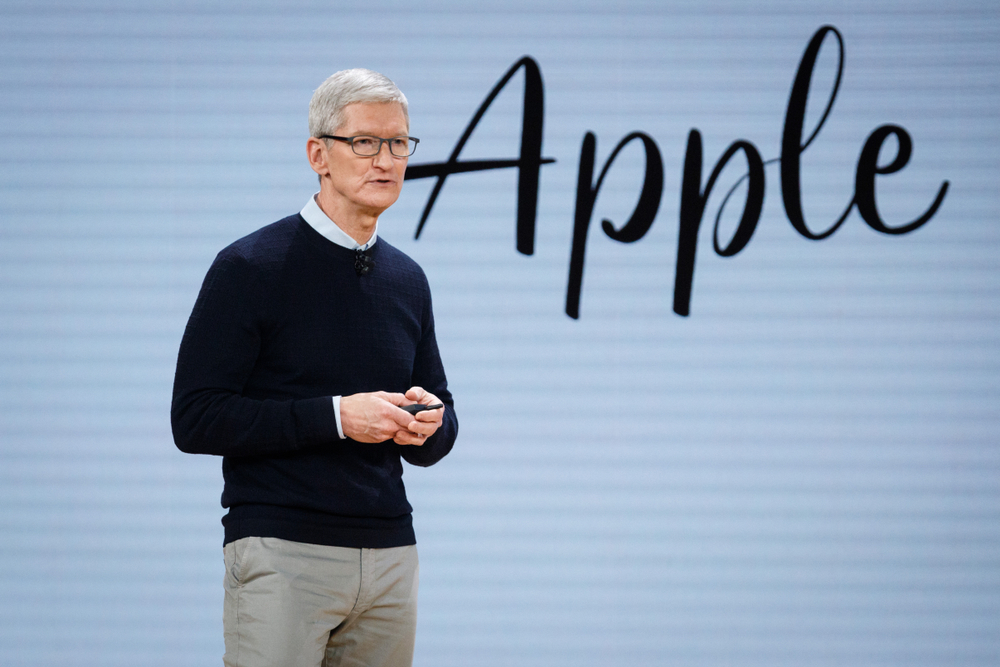 Do not pity Timothy D. Cook. He has made hundreds of millions of dollars as Apple’s chief executive. He is regarded as one of business’ best bosses, and he runs a company with a beloved brand and $130 billion in cash.

Even so, he is hitting what could be the toughest time of his tenure in Apple’s corner office, and his legacy as heir to Steve Jobs will be on the line. Here are five reasons:

President Donald Trump knows where iPhones are made

Apple has clammed up on iPhone unit sales

People are sticking with their old iPhones

Innovation is hard to do over and over again

His bet on China may be backfiring

Apple has been working on artificial intelligence and self-driving car technology — but most industry insiders believe it is way behind competitors like Alphabet.
iStock

Cook said that customers are waiting longer to replace their iPhones, with many instead swapping in new batteries to extend their life.
iStock

With most adults — even children — in the developed world now owning one if not two smartphones, Apple has relied on China to keep growing.
iStock

Apple, one of the quintessential American brands, assembles most of its products in China — and Trump has noticed.
iStock

Apple had reported the metric for years, highlighting tremendous growth in iPhone sales. But those sales have leveled off over the past two quarters.
iStock

Apple’s sophisticated supply chain is among the great wonders of modern business, incorporating hundreds of suppliers in a complex web of factories and shippers to keep up with global demand for one of history’s most popular products. And Cook, who was Apple’s operations guru before he became chief executive, is largely credited with its creation.

But it soon might be in Trump’s cross hairs. Apple, one of the quintessential American brands, assembles most of its products in China — and Trump has noticed. He criticised Apple on the campaign trail, saying he’d force it to start making its products closer to home. While president, he has said Apple plans “to build a lot of plants” in the United States — even though it hasn’t announced plans to do so. (Cook hasn’t publicly corrected him.)

While Apple avoided an iPhone tax in the first rounds of tariffs, it might not be so lucky if Trump is looking for more products to target. If that happens, Apple will be in a pickle. Its supply chain is entrenched in China, and finding another country that can match China’s scale and skill in the labor market will be difficult. The iPhone is also already among the world’s most expensive phones. Increasing the price to pay for tariffs would most likely scare away even more buyers.

Cosying up to the President to spare Apple products from tariffs also risks angering Apple’s employees in liberal Silicon Valley — even some of its customers. So far, Cook has walked a fine line, holding cordial private meetings with Trump while also publicly criticising his policies, without drawing the ire of the president or Apple employees.

On Friday, speaking to reporters at the White House Rose Garden, Trump reiterated that he wanted Apple to move manufacturing to the United States.

He went to say that China, not the United States, gets the biggest benefit from Apple. “They build their product mostly in China.”

Two months ago, Cook slipped a wonky announcement into Apple’s earnings call: The company would no longer disclose how many iPhones, Macs and iPads it sold. “The number of units sold in any 90-day period is not necessarily representative of the underlying strength of our business,” he reasoned.

Apple had reported the metric for years, highlighting tremendous growth in iPhone sales. But those sales have leveled off over the past two quarters. In an earnings call at the end of January, Cook will probably tell investors that the iPhone business is slowing. How much? That will be up to people outside the company to figure out.

Investors were displeased — even before the surprise news about sales in China. Apple shares have since dropped more than 30 per cent, shaving $380 billion off its market value. The most valuable public company in the world not long ago is now worth less than longtime rivals Microsoft, Amazon and Alphabet, Google’s parent company.

People aren’t buying iPhones like they used to. With smartphones now in nearly every pocket in the developed world, new customers are hard to come by. So Apple has increasingly relied on enticing existing customers to toss their old iPhones for faster, slimmer, pricier successors.

The problem is, many people aren’t.

Cook said this week that customers are waiting longer to replace their iPhones, with many instead swapping in new batteries to extend their life. Apple fueled that trend when it cut the price of battery swaps to $29 from $79 in response to revelations that its software slowed down iPhones with old batteries.

That presents a dilemma for Cook. Apple wants iPhones to be durable and long-lasting so consumers will see them as worthy investments. (Many now cost more than a refrigerator.) Apple also knows that the longer consumers use their iPhone, the more they pay for apps and Apple services, a rapidly growing and increasingly important part of Apple’s business.

But the ugly truth might be: Longer-lasting iPhones are bad for business.

Jobs presided over a historic run of innovation in his second tour at Apple, from the iMac to the iPod to the iPhone to the iPad. In his seven years as chief executive, Cook has announced the Apple Watch and AirPods, which have done well but have been far from iPhone-like industry changers.

So what’s next? That is Cook’s biggest challenge.

Apple has been working on artificial intelligence and self-driving car technology — but most industry insiders believe it is way behind competitors like Alphabet. Then there is the world of digital health, where Apple would face intense regulations and bureaucracy.

Or maybe Apple will try to build glasses that overlay a digital interface on what people see. That technology, called augmented reality, faces enormous technical hurdles — as well as the challenge of getting people to wear a computer on their face. Think of a (hopefully) stylish version of Google’s oft-mocked Google Glass.

Whatever he does, Cook faces enormous expectations. It takes a lot to fuel growth at a company that had $265.6 billion in revenue in its last fiscal year.

The Apple Watch dominates the market for wearable technology and would be a smash hit for any other company. For Apple? Watches are still counted in the “other products” category in financial results.

The signature innovation of Apple’s late co-founder, Jobs, was the iPhone. Cook’s has been his ability to crack the Chinese market. That strategy delivered hundreds of millions of new customers and helped make Apple the first private company to surpass $1 trillion in market value by August last year.

But now it might be backfiring. The Chinese economy is sputtering and the trade war between the United States and China isn’t getting much better. With most adults — even children — in the developed world now owning one if not two smartphones, Apple has relied on China to keep growing.

On Wednesday, Cook announced a potential drop of 25 per cent in sales in China, Hong Kong and Taiwan in the most recent quarter. A sharp falloff like that suggests that Chinese consumers are following a trend in other emerging markets like India and Indonesia, where consumers have long passed over iPhones for cheaper, almost-as-good devices from Apple’s competitors.

Apple’s share price dropped nearly 10 per cent Thursday, but bounced back about 4 per cent Friday.