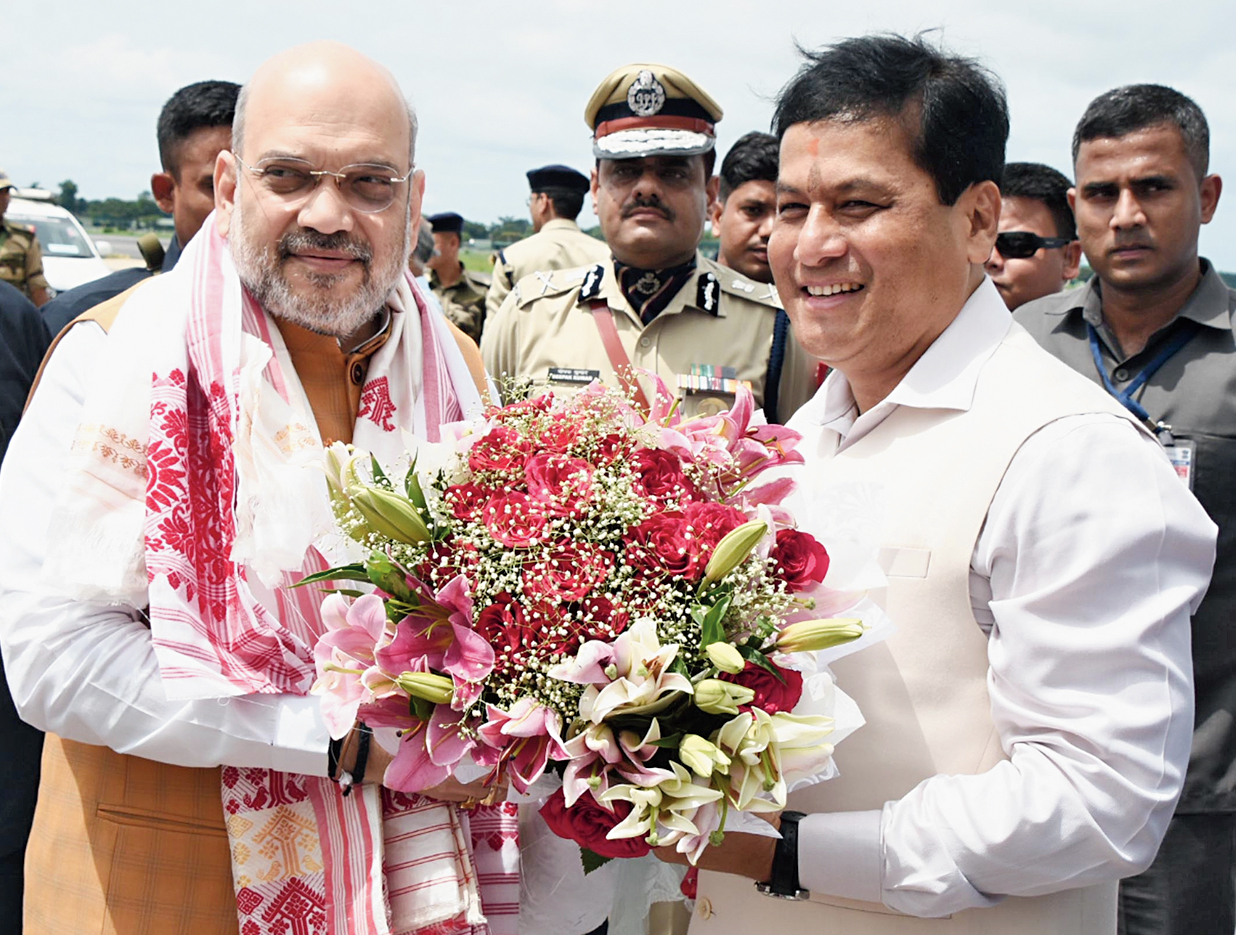 Union home minister Amit Shah on Sunday said it is time the northeastern states go beyond interstate border conflicts and join hands with each other for development.

“Interstate border conflict is a very serious issue here. If the border conflict between India and Bangladesh can be resolved, why can’t we resolve this? Time has come that we go beyond these conflicts and resolve them,” Shah said.

Shah said this on the first day of the two-day 68th plenary session of the North Eastern Council (NEC) here, whi-ch was attended by the chief ministers of all the Northeast states, including Sikkim.

During his speech, Shah said the NEC will earmark 30 per cent of its funds for focused funding of priority areas and deprived sections of society in the Northeast. He said every state will identify those villages or regions which are backward in various indicators and work to bring those regions on a par with the rest of the country.

Union minister of state (independent charge) for DoNER Jitendra Singh said the NEC has been given its highest budgetary allotment of Rs 1,476 crore for 2019-20.

The meeting was also attended by governors and MPs of the Northeast along with senior government and DoNER ministry officials.

Assam chief minister Sarbananda Sonowal requested the NEC to provide special assistance to the northeastern states to realise their export potential and suggested that the existing North East Industrial Development Scheme, 2017, be made more friendly to reap rich dividends of the business potential of the Northeast in view of the Centre’s Act East Policy.

Underlining the state government’s initiatives to promote organic farming, Sonowal urged the NEC to provide necessary support to the Assam government for setting up an organic agriculture university, stating that a proposal with a detailed project report for the same has been submitted to the planning body.

Sonowal requested the NEC and DoNER to set up more medical colleges in the Northeast apart from establishing Kendriya Vidyalayas and Navodaya Vidyalayas.

“The guidelines of the NEC need to be revised to incorporate several crucial sectors such as sport, school education, power, primary and secondary healthcare, irrigation, flood control and water supply, tourism and skill development. This expansion of mandate will enable the NEC to function as a true regional development forum,” he said.

Conrad highlighted the issue of “inability” of central ministries to utilise the 10 per cent of their budget for schemes and programmes in the northeastern states.

“These unutilised funds are not being placed adequately at the disposal of either the ministry of DoNER or the state governments for the implementation of development projects. I would, therefore, like to suggest that the substantial accumulated amount lying with the ministry of finance may be allocated to the NEC for implementation of inter-sectoral and integrated development plans in the Northeast states,” he said.