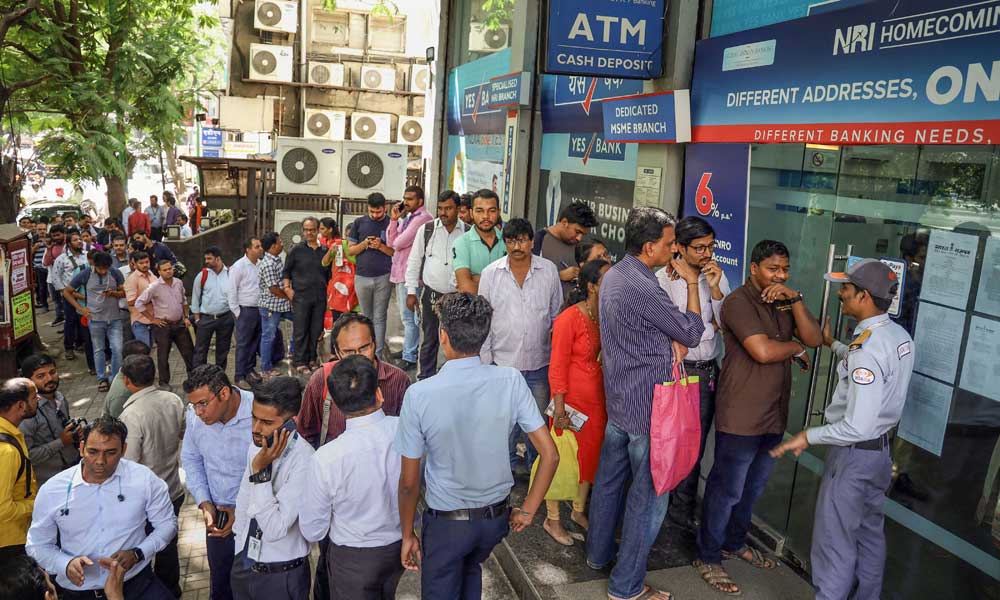 The Yes Bank debacle and the unseemly scramble to rescue the fifth largest private bank raise disturbing questions about the effectiveness of regulatory oversight in the country and the ethical issue of bailing out a crumbling financial institution through executive fiat. The red flags had been raised several times in the past after the lender had earned the unworthy sobriquet of the lender of last resort. The regulator had seen the crisis loom and that is why in September 2018 it turned down the bank’s request to extend the term of cofounder, Rana Kapoor, as chief executive and managing director for another three years after it expired in January 2019.

Yes Bank went down a very slippery slope especially after a Reserve Bank of India assessment revealed in November last year that the bank had been concealing the scale and size of its bad loans. The divergence between the RBI’s assessment and the bank’s revelation in its books for the financial year that ended 2019-20 was Rs 3,277 crore. The RBI assessment showed similar divergences at 11 other banks with State Bank of India — which has now been commanded to step in as Yes Bank’s saviour —topping the list with a reported bad loan divergence of Rs 11,932 crore. Yes Bank’s problems, however, were acute because of two reasons: first, the poor recognition of bad loans meant that it was at great risk of falling behind on a globally mandated capital adequacy metric which assures regulators that a bank has enough money to cover its exigent risks. The second issue was that the bank had been lending indiscriminately to companies and individuals with dubious credit worthiness. The finance minister, Nirmala Sitharaman, named four: the Anil Ambani group, Subhash Chandra’s Essel Group, IL&FS, and Vodafone. One disturbing figure is enough to reveal just how serious the problem of indiscriminate lending has been for Yes Bank. Data reveal that the compounded annual growth rate of Yes Bank’s loan book between 2014 and 2019 was 34.13 per cent compared with SBI’s modest 12.56 per cent.

Many believe that Yes Bank should have been allowed to collapse. It is pointless raising the moral hazard now: aside from the problems that depositors would face in such an eventuality, the systemic convulsions would scupper any hope of an economic recovery. The more immediate concern is to ensure that SBI is not overpaying for a lemon. Analysts believe that the net worth of Yes Bank is down to zero and the SBI ought to have bought the entire bank for a rupee. However, SBI is prepared to pump in Rs 100 billion, at a price of Rs 10 per share, inclusive of a ‘control premium’ of Rs 8. The draft rescue plan has one warped element: bondholders whose claim on the bank’s assets rank senior to shareholders will not get a penny. That could complicate this costly bailout. SBI will stay invested in Yes Bank for at least three years. Can this leviathan recover in such a short period? That is a question to which there are no easy answers.