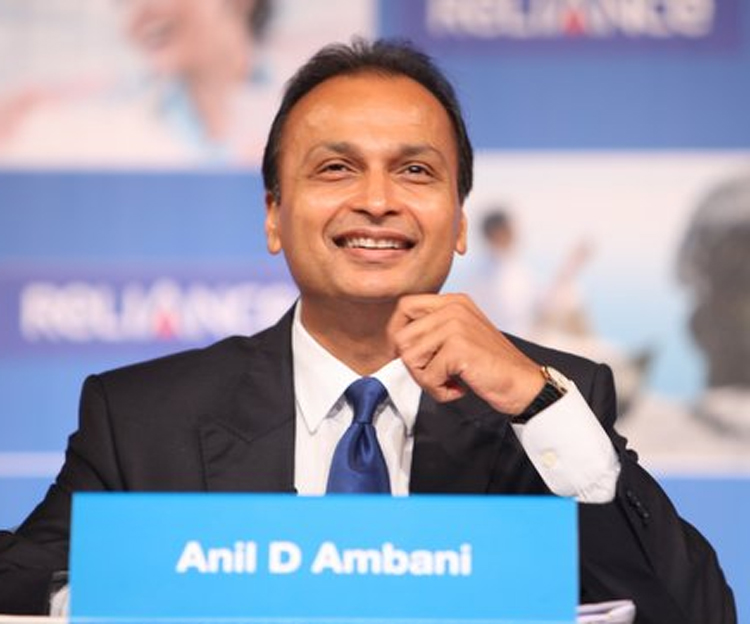 A stack of bad loans had reduced to almost zero the net worth of Yes Bank, whose board was superseded by the RBI on Thursday night.

As panicky depositors rushed to withdraw funds from the moratorium-hit financial institution and investors clobbered the stock which plunged at one stage by almost 85 per cent, the RBI cobbled a rescue plan involving investments by SBI in Yes Bank.

The now-familiar tactic of using public-sector giants to bail out private entities triggered a political uproar and questions why the focus was not on recovering the dues, including those from debtors who now share a cosy relationship with the Modi government.

In the middle of such questions, minister Sitharaman told a media conference: “The exposure of Yes Bank to some of the very stressed corporates has been before 2014. These are public domain names and I am not violating any customer privacy — Anil Ambani (Group), Essel Group, DHFL, IL&FS (and) Vodafone are some of the very stressed corporates to whom Yes Bank has been exposed.”

She was responding to the political furore that had broken out over the crisis at the fifth largest private commercial bank in the country, where deposit withdrawals had been capped.

Anil Ambani had replaced state-owned Hindustan Aeronautics Ltd as the offset partner of Dassault Aviation of France, which had been awarded a contract for Rafale jet fighters in 2015. Later, the French company formed a joint venture with Anil Ambani in Nagpur to make parts for Dassault’s Falcon and Rafale aircraft.

In January 2016, Modi had released from the Prime Minister’s house Chandra’s book, The Z Factor.

Sitharaman said she was revealing these names as the Opposition parties were “very keen to point fingers”. “I am not here to continue carrying the stories of legacy. Yes, the Indian banking system has had severe challenges, thanks to the way in which the government which existed between 2004 and 2014 had handled the matter. I have reasons to put the blame on them,” she said.

Congress leader and former finance minister P. Chidambaram suggested that instead of forcing the SBI to invest in Yes Bank, “SBI should take over the loan book of YES Bank for one rupee, recover the loans, and simultaneously assure the depositors that their money will be safe and will be returned.”

Under the draft rescue plan put out by the RBI, the SBI will pick up a 49 per cent stake in Yes Bank. The SBI has been asked to pick up 245 crore additional shares at Rs 10 a pop. The white knight will not be allowed to reduce its holding below 26 per cent for three years from the date it pumps in the money.

A new board of directors will be formed in which the SBI will have two nominees. The RBI may appoint additional directors at the reconstructed bank.

However, the plan has a few controversial elements that seem not to have gone down well with a certain class of investors. The bond holders of the bank, who include several mutual funds, stand to lose all their money as the plan provides for a complete write-down of the instruments classified as additional Tier 1 capital that was issued by the Yes Bank under Basel III framework.

The draft plan has been placed in the public domain for discussion. The RBI said it would take the final view on the rescue plan based on suggestions and comments it received up to March 9.

The Centre tried to distance itself from those identified with Yes Bank. The Enforcement Directorate raided the residence of Rana Kapoor, Yes Bank founder. In December 2015, soon after Modi came to power, Kapoor had tweeted: “Modi has built global confidence in India. India has the most attractive business investment centre.”

At Friday’s media conference, Sitharaman said the government had asked the RBI look into what went wrong at Yes Bank and fix individual responsibilities.

She bristled at the erstwhile UPA after Chidambaram tweeted: “The BJP has been in power for six years. Their ability to govern and regulate financial institutions stands exposed. First, it was PMC Bank. Now it is YES Bank.”

“When overall bank credit during the above period grew by about 10 per cent, how did YES BANK’s loan book grow by about 35 per cent?” Chidambaram asked.

Sitharaman slammed the Congress government and its “self-appointed competent doctors” for precipitating a crisis at three banks: Global Trust Bank in 2004, United Western Bank in 2006, and Ganesh Bank.

Chidambaram riposted: “Under the UPA, weak banks were merged with other banks well in time to avoid a crisis.”

Many customers took to social media to complain that the bank’s online system was down, preventing funds transfers, while payment apps, such as PhonePe, which use Yes Bank to help process transactions, were also affected.

A moratorium of 30 days was imposed on the cash-strapped Yes Bank on Thursday, restricting withdrawals to Rs 50,000 per depositor.

In the morning, a note on the website read: “Dear Customer, due to heavy traffic on our NetBanking, we are temporarily unable to process your request. Please try again later or use Yes Mobile App to carry out your transactions.”

“Even 50K transfer not working,” Yes Bank customer Fani Bhushan Goel tweeted after logging into his account early in the morning.

Tempers flared at several overcrowded branches nationwide and police had to be deployed in some states to help control the crowds.

RBI governor Shaktikanta Das tried to quell the panic in the morning.