Winter is coming to Afghanistan 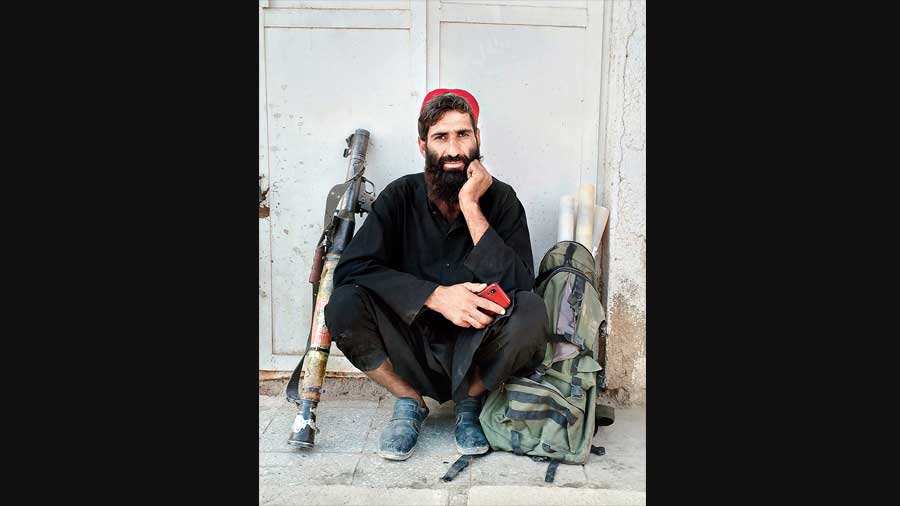 The brutal killing of the journalist, Danish Siddiqui, in Kandahar brought home to India the escalated nature of the conflict in Afghanistan. The expedited withdrawal of troops by the United States of America has coincided with, and perhaps even catalyzed, a new intensity in the intra-Afghan conflict amidst a steady expansion of territory where, effectively, the writ of the Taliban runs.

The situation on the ground changes from day to day but these tactical shifts cannot disguise the larger picture — the situation in Afghanistan is perilous for its government and the balance has shifted in favour of the Taliban. Whatever the future may hold — a negotiated settlement or a further descent into civil war — this changed balance will leave its imprint.

Inevitably, an analysis of the present conjuncture must begin with the US’s policy, for that has been the single-most important factor in Afghanistan in the past two decades. Was the tipping point the Doha agreement between the Taliban and the US that was reached on February 29, 2020? In retrospect, there is now greater unanimity that too much was conceded to the Taliban — an unconditional withdrawal in return for a safe exit for US troops. The Taliban were not required to declare a ceasefire or temper their fundamental opposition to the Afghan government or, indeed, to the idea of an ‘Islamic Republic’ as opposed to an ‘Islamic Emirate’.  What the Doha agreement also meant was a new legitimacy for the Taliban. This was much more than an external legitimacy, although that was important too. What the Doha agreement conferred was an internal status on the Taliban as almost a kind of a putative government-in-waiting. Clearly the Taliban and its negotiators had read the US with greater clarity than the other way around; all that the US really wanted was a way out of a forever war.

So, as expected in most analyses, this role of the US occupies a great deal of space. For some narrators, this is another illustration of the wider US retreat and of the systemic shift in its mindset that now makes it increasingly self-absorbed. For others, it is yet another example of imperial hubris — how the greatest storehouse of knowledge and analysis that the world has ever seen can get its policy toolkit catastrophically wrong.

And, yet, these are almost futile points since, for at least a decade, the US had made clear its intentions of ending its military intervention in Afghanistan. The absence of a visible political process internally in Afghanistan to accompany such disengagement has been equally evident. The poor state of the US’s relations with Russia, Iran, not to speak of China, also meant that a regional supportive ecosystem would remain a weak impulse.

In the end, the US ended up seeking a solution through, what it had always seen as being, part of the problem — Pakistan. All this further weighted the dice in favour of the Taliban. Taken together, it is difficult to envisage how the aftermath of the US withdrawal could have been less bloody. Post-Doha, such diplomacy, such as there was, has been aptly described as throwing spaghetti on the Afghan wall in the hope that something will stick. So far none has. For something new to emerge now on the diplomatic front, a military set-back for the Taliban to reverse their recent gains is a necessary condition.

Afghanistan’s internal fault lines acquire a new prominence in this mixed-up and fraught external context. The great historian, Jadunath Sarkar, describing the Mughal forces campaigning west of the Indus in the 17th century in what is today Afghanistan and the Afghanistan-Pakistan border region, had referred to a twin curse-cum-boon pronounced on the Afghans by one of their own seers: “You will always be free; you will never be united.” The absence of a coherent domestic political process in the past two decades has amplified the role of external influences, which have equally been exacerbated by the former. The 2014 and 2019 presidential elections were not just bitterly contested but their results were also disputed. At one stage in 2020, there were two parallel swearing-in ceremonies of presidential hopefuls — this when the Doha agreement was being negotiated by the Americans with the Taliban. It required the former to directly pressurize the feuding candidates claiming the presidency to back off. Order of a kind may have been temporarily restored by such patch-ups, but the process eroded the legitimacy of the political system domestically.

In this fragmented situation, all internal and external players are hedging and positioning themselves depending on their particular interest. Pakistan sees itself as the major beneficiary of a Taliban comeback. At the very least, a change in the present order in Kabul means a substantial reduction in India’s profile in Afghanistan which has been a principal priority of Pakistan’s policy from the beginning. Yet, even Pakistan would rather have a political settlement — on the Taliban’s terms — rather than one emerging as a military outcome or a long-drawn-out and festering conflict. The latter options risk Western opprobrium for bringing an unrestrained Taliban to the centre stage, once again. There is also the risk of blowback in Pakistan from Taliban-induced violence. Pakistan sees the potential gains from a new architecture in Afghanistan as valuable enough to take these risks but, if possible, it would still prefer change to be the outcome of a political settlement rather than from a force of arms. The bottom line, however, is that an Afghanistan free of Indian influences is worth every and all risks.

The other regional players — Iran, Russia, the Central Asian states, China — have all reconciled themselves to what they see as the inevitable, but with varying degrees of enthusiasm. For Russia, Iran and China, the change comes at the expense of US influence and an erosion of its prestige and that of the West as a whole. This means that the immediate advantages are considerable. These positions may change over time, but for now the outcome is one they can happily live with.

In these circumstances, there is an intense debate in India about its options. The debate, to many, also centres around India engaging with the Taliban to protect its interests and its presence in Afghanistan established in the past two decades. The intensity of this discussion obscures the more fundamental change on the ground that is underway: all the beneficiaries of the past twenty years in Afghanistan, India included, are losing out and the new architecture that may emerge will be markedly different. No amount of diplomacy or engagement with the Taliban can reverse that process. An excessive eagerness to break bread with them, in fact, overlooks the combination of forces that has sustained their fight-back and revival. The biggest loser in the process is the prospect, which was in any case always dim, of Afghan neutrality in regional contestations. With this, the chances of any respite in which Afghanistan can attend to itself or tend to its wounds appear remote.

T.C.A. Raghavan is a retired diplomat and a former high commissioner to Pakistan