Why the SP-BSP alliance is an extraordinary achievement 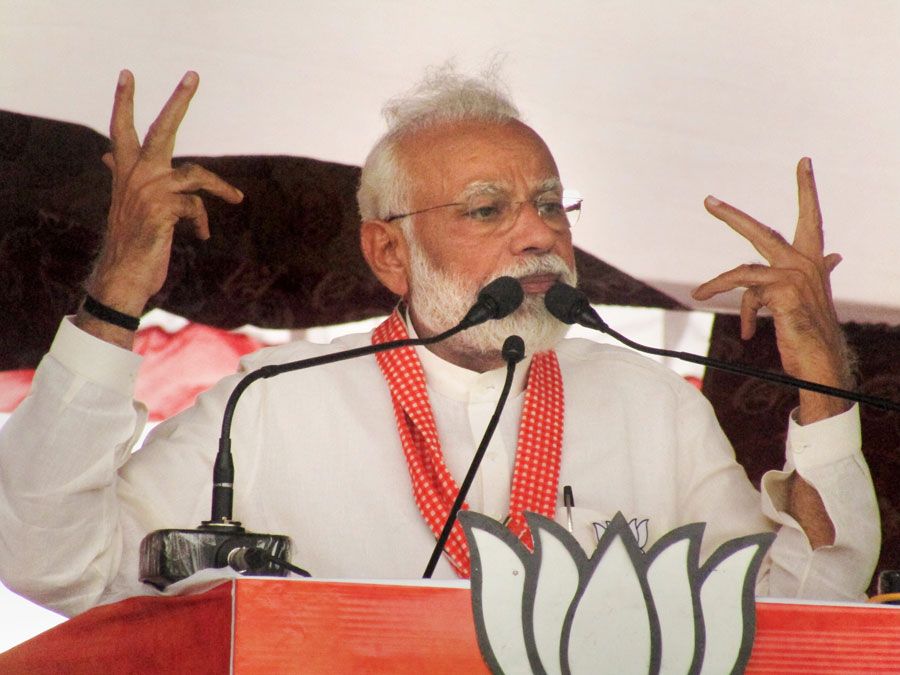 Since the post-Emergency vote of 1977, the fate of the republic seems to turn on the result of each general election. The Sikh pogrom in 1984, the communal mobilization that ended in the violent demolition of the Babri Masjid, the pogrom of Muslims in Gujarat, the anxiety about the Bharatiya Janata Party winning another term on the back of that atrocity in 2004, then the fear of Modi, Hindutva incarnate, winning in 2014 and now the very real prospect of another five years of State-sponsored communalism, made the run-up to each set of election results a harrowing time.

Heading into the home stretch in 2019, it’s hard to know if Narendra Modi’s non-stop stump speeches are making the difference for the BJP but I enjoyed his bid to escalate the ‘Chowkidar chor hai’ spat into a generational saga. Addressing a rally in UP, Modi described Rahul Gandhi’s father, Rajiv Gandhi, as Mr Corruption masquerading as Mr Clean. Pundits pursed their lips in disapproval, pretending to be shocked by this bad-mouthing of the dead, especially a former prime minister assassinated by terrorists. These critics couldn’t have been paying attention to the rhetoric of the right. ‘Gadé murdé ukhadna’ is the metaphor Hindi speakers use to describe the excavation of ancient grievance. Yogi Adityanath, Modi’s hand-picked chief minister, once shared a public platform with a man who vowed to literally dig up dead Muslim women. Merely defaming the dead as Modi did is, in this context, a sort of civility.

Kunal Kamra is Midas; he turns Modi into comedy. To read bhakts respond to his routines online is to watch a local instance of that great cosmic contest: Stand-Up Comedy vs Hunkered-Down Hatred. If there was an Oscar for stand-up trolling, the BJP and its shambling chowkidars wouldn’t just win the prize, they’d monopolize the nominations. It’s best to think of Kamra’s performances and Modi’s campaign speeches as star turns on rival television shows: Saturday Night Live vs Saturday Night (un)Dead.

Time was when the whole election was conducted in a single day, except for a few inaccessible constituencies. The paper ballots were counted and the result announced on State media with no preliminaries. Elections are organized more painstakingly now, over many phases, and the present one has been going on so long that it feels like a mysterious house guest.

Given that polling can’t be made public till the last phase ends, there’s a vacuum of information that WhatsApp messages have obligingly filled. I have poll predictions laid out state-wise in neat Excel sheets that claim, variously, to be the distilled wisdom of the satta bazar, infallible private polling commissioned by a famously rich billionaire and the fearless conclusions of travelling pundits. Their predictions range from 168 seats to 245 seats, to an absolute majority for the prime minister’s party. Together they seem to suggest four possible political outcomes in descending order of likelihood.

First, a plurality of seats for the National Democratic Alliance, leaving it sixty MPs (or less) short of a majority. Second, a plurality of seats for the NDA, leaving it sixty MPs (or more) short of a majority. Third, a majority for the NDA. Fourth, a scenario where the Congress triples its 2014 share and tops 130 seats, giving it the wherewithal to build an improbable ruling coalition.

Every one of these outcomes, except the third (a majority for the NDA) is predicated on the BJP losing forty seats or more in Uttar Pradesh. This, in turn, is based on the assumption that the mahagathbandhan or grand alliance in UP, made up of the Samajwadi Party, the Bahujan Samaj Party, the Rashtriya Lok Dal and a few smaller parties, will successfully consolidate different voting blocs into one unified opposition. Without this alliance, the speculation about this election would be limited to two outcomes: the NDA falling just short of a majority or the NDA winning an absolute majority.

For all the punditry about the BJP’s 2014 performance in the BIMARU states (Bihar, Madhya Pradesh, Rajasthan and Uttar Pradesh) being a ‘black swan’ moment, nearly impossible to replicate, the truth is that without the alliance fronted by the SP and the BSP, a near-repeat would not have been improbable. The vote share of the BJP in the recent elections in Rajasthan and Madhya Pradesh matched or surpassed that of the Congress. Given Modi’s popularity in the Hindi heartland and the fact that voters behave differently in assembly and national elections, there is a real possibility that the BJP could shut out the Congress with narrow majorities in Madhya Pradesh and Rajasthan. In Bihar, the alliance between the Rashtriya Janata Dal and the Congress and a few sub-regional parties is not quite a ‘grand alliance’ and it wouldn’t be that much of a surprise if the NDA did well there.

Which brings us back to the centrality of UP and its mahagathbandhan to the hopes of the Opposition. Given this is the case, it’s surprising how little credit Akhilesh Yadav and Mayawati have been given for political statesmanship in making the alliance and then making it work. There are two reasons for this. One is the brute fact that OBCs and Dalits don’t make editorial decisions or write leaders or anchor television shows in the national media. The second reason for this lack of recognition is that UP’s mahagathbandhan is seen as a response to an existential crisis, a desperate bid by the BSP and the SP to survive the electoral assault of BJP’s juggernaut in the light of their demolition in 2014.

It’s revealing that solidarity in the cause of self-preservation is seen as desperation when it is attempted by subaltern politicians and nimbleness when attempted by savarna parties like the Congress and the BJP. When you consider the history of bitter hostility between the SP and the BSP and the structural contradictions between their respective bases in UP, the mahagathbandhan is a political miracle.

The dexterity with which the seat-sharing was accomplished, Akhilesh Yadav’s willingness to sacrifice SP seats to accommodate his partners, Mayawati’s grace in sharing a platform with Mulayam, a man whose goons nearly killed her once, the remarkable push to make Jat-Jatav-Muslim reconciliation work inside five years of the Muzaffarnagar violence — taken together represent a complex, sophisticated partnership that deserves more appreciation than it has received.

Compared to the suicidal ineptness of the AAP and the Congress in the matter of seat-sharing in a tiny state like Delhi, the alliance between the SP and the BSP in a state as vast and complex as UP is an extraordinary achievement. But the proof of the pudding will be in the eating. Should the alliance work on the ground, then, on May 23, once the Election Commission’s results make WhatsApp forwards redundant, the mahagathbandhan might be the fulcrum on which India’s politics turns.