What's behind Modi's lecture on duties and rights 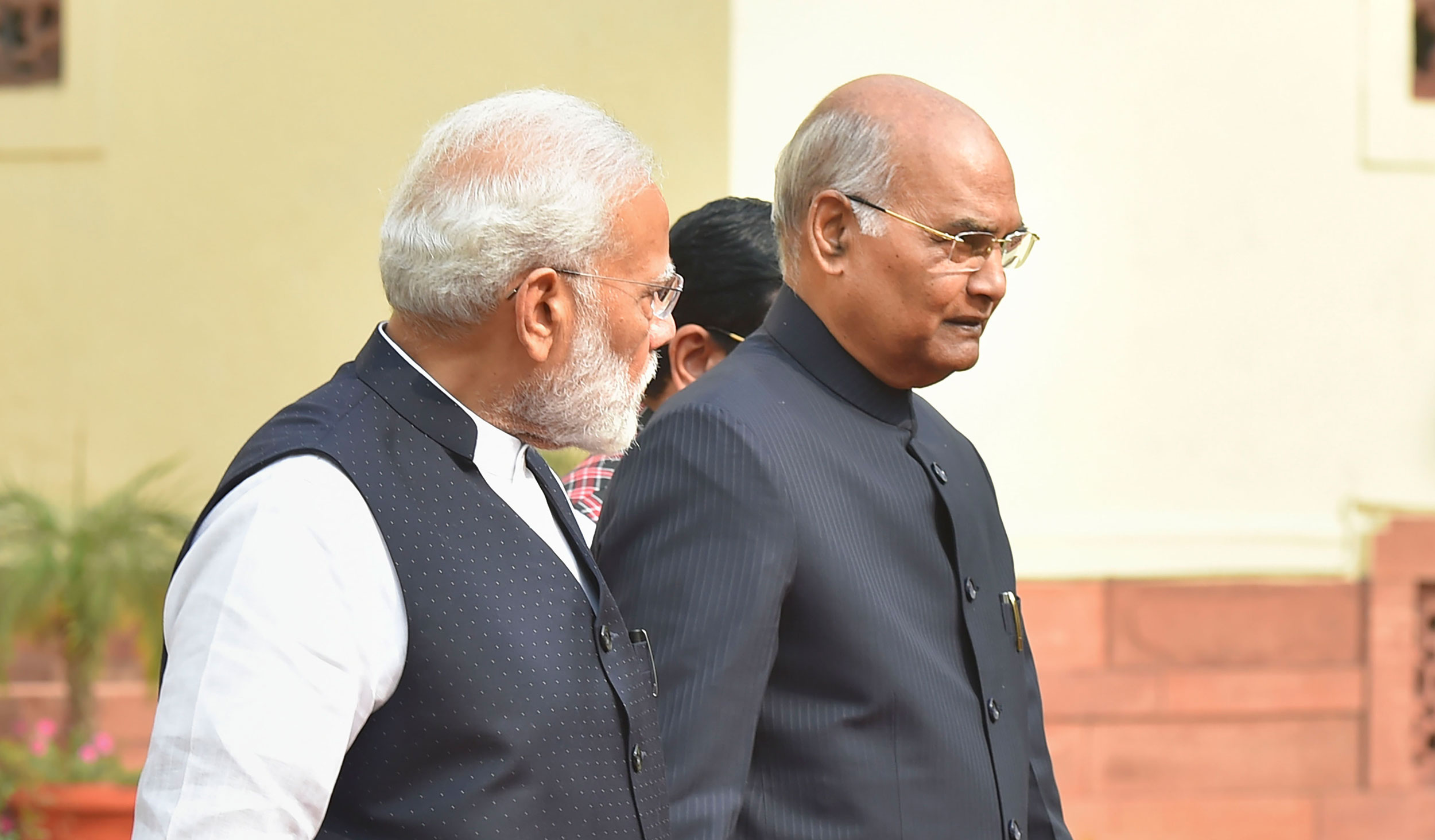 President Ram Nath Kovind and Prime Minister Narendra Modi arrive for a function to commemorate ‘Samvidhan Divas’ at Parliament, in New Delhi, on November 26, 2019.
(PTI)
The Editorial Board   |   Published 28.11.19, 08:20 PM

One of the tenets of democracy is that everyone is equal. To cite an example, the prime minister, the deputy prime minister, the president, the Speaker of the Lok Sabha and all those present when the prime minister presided over the two Houses of Parliament in a joint session on Constitution Day are all equally citizens of India if the Constitution is to be respected. So it was a little strange that the prime minister should tell the citizens — those on the other side of the metaphorical table — to execute their duties so that they could claim their rights. There is nothing wrong in doing the duties demanded by the good of the nation. Neither is there a mistake in the message that rights and duties are interlinked in the spirit of the Constitution. But a message draws meaning from the conditions of its communication. The prime minister is evidently so confident of having done his duty by his country that he feels free to lecture his fellow citizens about doing their duty, almost as though their rights will be granted by Narendra Modi once he and his cohorts have assessed how dutiful they are.

But condescension is unimportant compared to a deeper danger that lurks in the message. The ‘nation’ for which duty must be done is a conception of the Bharatiya Janata Party-led government, in realizing which Mr Modi’s government, party and followers have moved quite a distance away from the nation’s image in the Constitution. Besides, a regime that repeatedly charges dissenting citizens with the colonial-era law against sedition, while promising to bring in an all-India national citizens’ register to weed out and throw into detention camps those who lack documents that the government thinks up with increasing frequency, would be expected to have well-calculated notions of ‘duty’ too. The promoter and judge of such dutifulness being Mr Modi’s government, it could, Mr Modi’s rhetoric suggests, invoke the Constitution to deprive of constitutional rights those who fail the test of duty. Rights and duty being accorded their due gravity, no humour could be suspected when the president emphasized the importance of constitutional morality some hours after the prime minister had master-minded a virtual coup in Maharashtra. Which part of this was constitutionally moral: the strike or its failure?

What a day to preach, Mr President!