Citizens can only expect their 'rights' if they perform their 'duties' 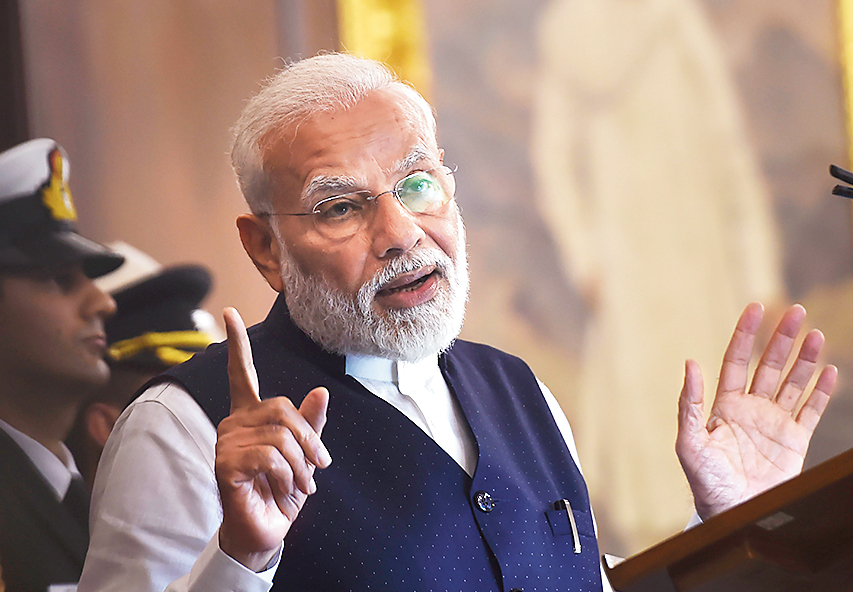 Prime Minister Narendra Modi on Tuesday upheld the importance of “duties” in national interest over “rights”, saying citizens can only expect their “rights” if they perform their “duties”, speaking in the Central Hall of Parliament to mark Constitution Day.

President Ram Nath Kovind, Prime Minister Modi and others spoke about the importance of the Constitution and how it was the most holy book guiding the country towards a “New India”.

Both Modi and Kovind had been key players in the late-night flurry of events on Friday when the Prime Minister invoked a special provision, the President signed a proclamation and the Union home ministry notified the revocation of President’s rule in Maharashtra at 5.47am on Saturday for the early morning swearing-in of a BJP government by thwarting the alliance of the Shiv Sena, NCP and the Congress.

“The Constitution of India highlights both rights and duties of citizens. Gandhiji said we can only expect all rights when we perform our duties to perfection. Thus, according to the Father of the Nation, duties and rights are directly linked,” Modi said on Tuesday. “There are several such easy duties citizens can perform and contribute to the development of the country and the nation.”

“In our country, constitutional avenues are available to address all kinds of situations. Therefore, whatever we do, we must first ponder whether our action is in conformity with constitutional boundaries, dignity and morality,” Kovind added.