Where political parties stand on media freedom and digital rights

The Congress and the Left want to curb media monopolies, but are these really an issue any more? 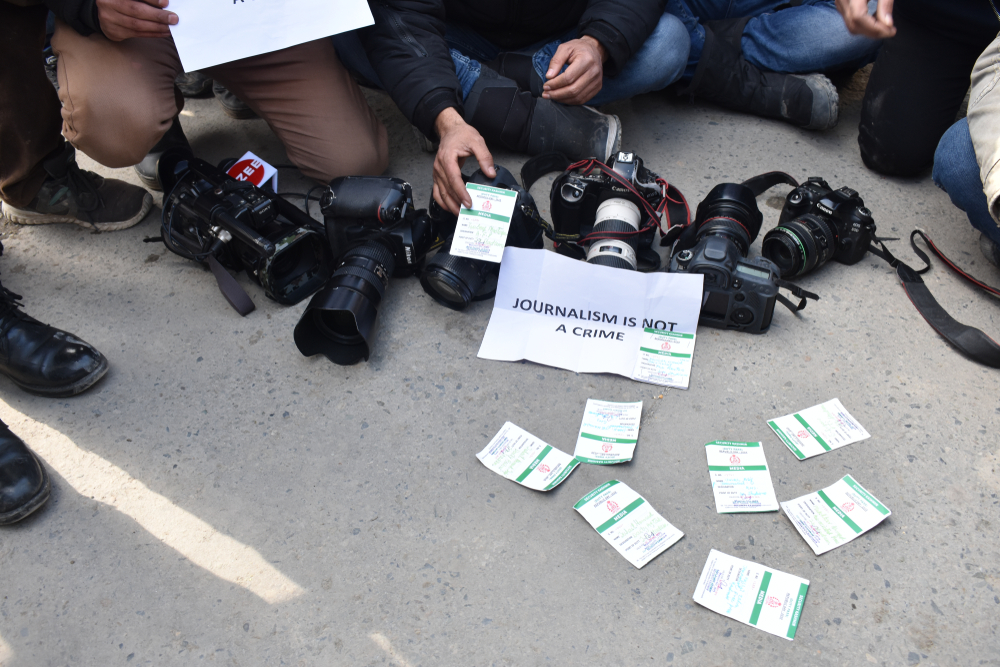 In 2014, media issues did not figure in the election manifestos of the Congress, the BJP or the CPI(M). But today the media and internet so overwhelm the public sphere that they have actually begin to figure in party manifestos, in reasonable detail.

Party propaganda manifests itself as `fake news`, with page takedowns and technology tweaks by social media companies making daily headlines. The BJP’s grip over parts of mainstream media has made news over the past five years and figured in Opposition campaigns, sedition cases and internet shutdowns have increased, and the growth of the Reliance media and telecom empire in the last five years has dominated the media business landscape. All of this helps to explain the change.

Sevanti Ninan is a journalist and researcher, and was founder editor of `theHoot.org`

The BJP manifesto is not out yet, but both the Congress Party and the `CPI(M)` have thought fit to include a section on media in theirs, with the latter producing a list of issues that is sharper and more comprehensive. But because the `Congress manifesto` has captured more attention, Let's look at that first.

The media figures in three sections—one on Media Freedom, another on Digital Rights and in the section called Review of Laws, Rules and Regulations. Though the Congress tends to repose unwarranted faith in the potential of an amended Press Council Act to bring about self-regulation and improved media behaviour, it gets some priorities right.

The party promises to “omit” sedition and criminal defamation from the Indian Penal Code, three years after the Supreme Court declined to scrap criminal defamation. The Economic Times could not resist pointing out that Rahul Gandhi has a criminal defamation case filed against him. Whatever the motivation both are very welcome promises, given how often these provisions are being used against the media and citizens on social media.

The party also promises that it will work with state governments to formulate rules enabling police protection to journalists “working in conflict areas or investigating matters of public interest and to journalists whose lives are threatened or otherwise in danger.” Because murders of journalists and attacks on them are now reported round the year, year after year. It is not an issue over which the current government has lost any sleep.

Both the Congress and the Left want to curb media monopolies, curb the ownership of media by big business, and curb cross media ownership. Neither seems to have noticed that given the sheer volume of media players, monopolies are not really an issue any more. And that you curb media freedom by stipulating who can own it. But then the Ambanis loom large in the political imagination of the Opposition.

The CPI(M) also wants to curb monopolies that use either telecom “such as Jio/Airtel/Vodafone” or internet service platforms such as Google and Facebook. And being the Left, they would like to reverse the entry of FDI in the print and electronic media!

Nothing at all is said about the independence of the public broadcaster, and empowering it with adequate finances it to cater to the needs of the opportunity-deprived. The past five years have seen Prasar Bharati become the ruling party’s voice. The Congress has nothing to say about this?

Overall it has come up with a sharper list of issues than the Congress, ranging from opposing bulk surveillance and protecting data privacy to the need to set up a Media Council which can act as an independent regulatory authority for all media — print, broadcast and digital. Both parties reiterate the need to strengthen the Right to Information.

The CPI(M) recognises the need to stop attacks on journalists, and ticks the boxes you would expect it to tick: taking Internet governance out of US control, promoting a people-centric Internet which is free from control of global corporations, and advocating the constitution of a new wage board for journalists. Not just for print, but in electronic and digital media too! The manifesto promises to provide public support to independent media in various forms.

The Trinamool Congress has a long `manifesto` for the Lok Sabha elections and while the media does not figure in its promises, the BJP government’s efforts to police social media does, in the preliminary rant. The document ends with what Mamata Banerjee’s government has achieved in the last seven years, so both the health insurance scheme and the pension scheme introduced for West Bengal’s journalists, figure in the list.