Advertisement
Home / Opinion / What does a soldier die for?

What does a soldier die for?

To say that a soldier dies for his or her country is to smother all possibilities of nuanced, alternative or dissenting opinion 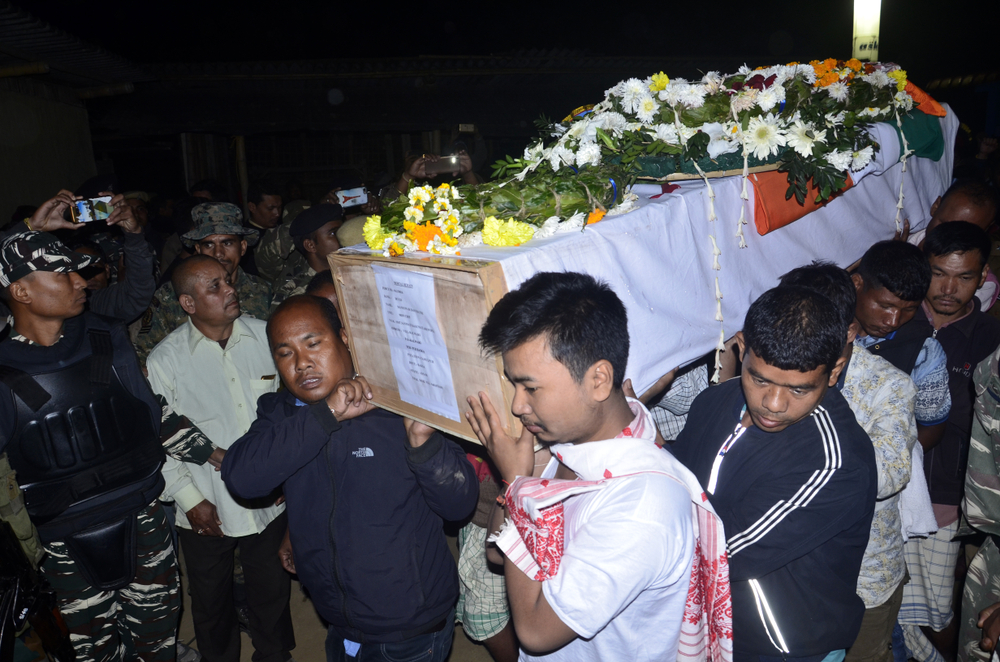 What does a soldier who dies in the line of duty die for? The answer will fly in, fast, furious and indisputable like a bullet fired from a gun: for his or her country. And like a bullet that closes all arguments, this answer will smother — especially in times when nationalistic fervour reaches frenetic heights, as is the case now, post Pulwama — all possibilities of nuanced, alternative or dissenting opinion. This smothering has raised its ugly head with virtual debates and disputes — complete with rabid, brutish intolerance of contrary opinion — spilling over into the real world. It is almost as if we are a people bent on waging internecine war, going by the deeply worrying, exponential escalation in persons being systematically targeted for opinions published on Facebook and readily construed as being ‘anti-soldier’ and ‘anti-national’. Among the questions at the crux of such debates is this — what does a solder die for? This is the time, if ever there was one, to try to seek a reasonable, and not just a reductive, one-dimensional answer to a question that is far from simple.

It is exceptionally insensitive to suggest that a soldier is a professional who is paid to die, implying that a soldier’s death is merely a professional hazard. This line of argument fails to identify at least two very crucial distinctions between a soldier’s death and any other death that occurs at the workplace. First, it needs to be understood that death in civilian workplaces — even those that expose workers to the risk of grave physical harm — is an accident, a rare occurrence, never quite as much within the realm of possibility as it is for a soldier. To become a soldier is to do so by embracing the idea of dying — in all probability, the most gruesome of deaths — as a daily possibility, terrifyingly palpable and real. Even though the decision to become a soldier is in many cases fuelled by the desire to escape the abyss of impoverishment in which millions of our fellow citizens find themselves, it should not be too difficult to appreciate the remarkable mettle required for choosing a career path that winds past death at every turn.

Second, a soldier’s death is for a cause always larger than her or his immediate self-interest, which appends to this death an element of sacrifice that is arguably absent from most deaths in the civil professional sphere. While this aspect of selflessness itself deserves admiration, it is imperative to recognize the true nature of the cause for which a soldier dies, because many of our conflicting positions stem from a misunderstanding of this issue.

A soldier does die for his or her country, but ‘country’ should not only mean — as it does for an unfortunately large number of Indians — measurable and mapped geographical territory or quantifiable material assets. If an Indian soldier dies, stationed in the line of duty by the government of India, that death is for the cause of protecting the idea of the nation, as encapsulated in the Indian Constitution. This idea of the nation is one that has put no uncertain premium on all Indians possessing the fundamental right to express, robustly and fearlessly, their opinions, even if such opinions are unpalatable to others. However, those rushing in to exercise their freedom of thought and expression by insinuating that there is no singular honour in a soldier’s death, without considering that all freedoms come with certain checks, are guilty of being hasty, imprudent and rather insensitive. On the other hand, those ganging up against fellow citizens to muzzle free thought (and taking the law into their own hands) are actually undermining the sacrifice of the dead soldiers by assailing what the soldiers were in fact trying to protect.

By collectively reining in our impulse to be thoughtlessly adventurous, we, on either side of the opinion divide, can achieve two things. We can emerge as the mature democracy, and we can do our bit to safeguard the precious notion of the nation as a space for us to freely and responsibly express our often disparate thoughts and opinions. After all, this is what our soldiers have died for.