Advertisement
Home / Opinion / What do a Marxist and a maharaja have in common?

What do a Marxist and a maharaja have in common?

This year marks the centenary of two men whom history, culture and politics link uncannily in distinct ways 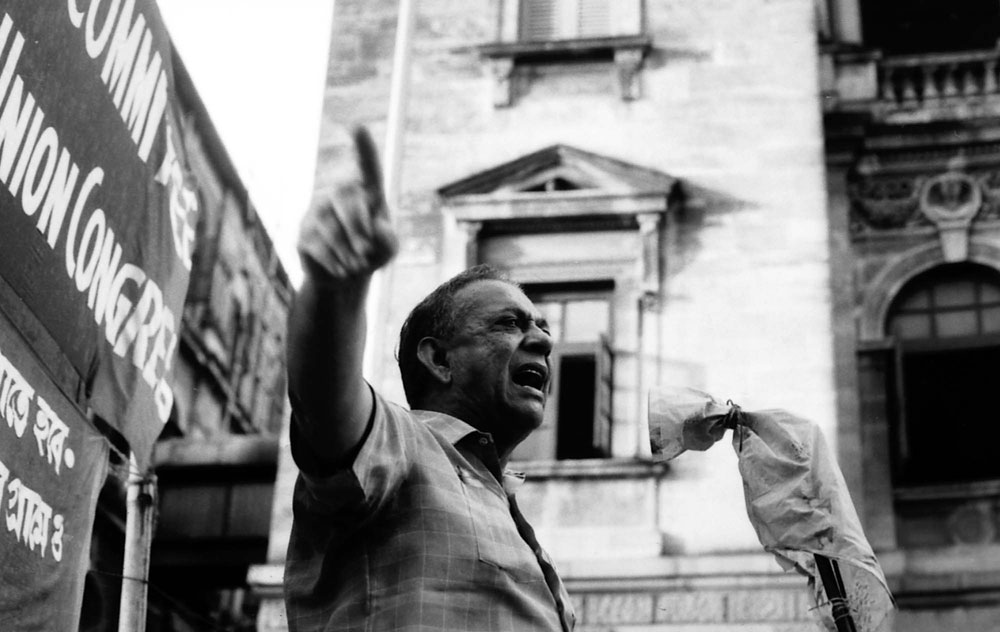 Indrajit Gupta, addressing a rally in Calcutta. As India’s first and so far only communist home minister he opposed a move by the then governor of Uttar Pradesh to terminate the state’s BJP-led government, for the step was constitutionally open to question
Photo : T. Das
Gopalkrishna Gandhi   |   Published 21.07.19, 04:56 AM

Had they not died at 81 and 55 respectively, two Indians would have turned 100 this year. And their centenaries would have been celebrated with enthusiasm — but by very different sets of people. As indeed, they are being organized, now, in their memories.

No two persons could have been more different from each other than the bare-headed, bush-shirted Marxist, Indrajit Gupta, and the be-turbaned, bejewelled maharaja, Jayachamarajendra Wodeyar of Mysore. They were as contrastive as a sickle and a sapphire or a hammer and a diamond-encrusted walking stick.

And we can be certain that they hardly knew each other. They are, in fact, unlikely to have ever met. They could have done so, ironically enough, in England. Indrajitbabu completed his Tripos at King’s College, Cambridge under the spell of the Marxist powerhouse, Rajani Palme Dutt, just as the young maharaja-to-be arrived in Britain to meet and get to know artists and writers. But they missed each other by a few months. Their paths were not meant to intersect in India. Indrajitbabu was no habitué of concerts of classical music over which the maharaja presided with natural flair. Correspondingly, the maharaja was never a member of the Lok Sabha to which the communist leader was elected 11 times and, as the seniormost member of parliament, was its pro tem Speaker, time and again. If they did ever actually meet, by chance, anywhere at all, we can take it that they exchanged nothing more than formal pleasantries, lapsing thereafter into silence.

And yet, history, culture and politics link the two exact centenarians, uncannily, through three distinct pathways.

First, through Moscow. For Indrajitbabu, the capital of the Soviet Union was the secular equivalent of a Mecca. The influence of Marxism which started in London, through Palme Dutt, streamed into the inspiration that the Communist Party of India, founded in 1920, had received since the time of the Second World Congress of the Communist Third International held that very year. For Jayachamarajendra too, Moscow was a pole star. And that came about through an altogether different cosmology: Western classical music. The core of that inspiration was Moscow-born and then London-based composer, Nikolai Medtner (1880-1951). Medtner became, for the young royal, a soul-drenching inspiration, leading him to finance the recording of a large number of Medtner’s compositions and then, not stopping there, to go on to found a Medtner Society in London, in 1949. Medtner’s Third Piano Concerto, Google tells us, is dedicated to Jayachamarajendra.

Second, Quit India. For very different reasons and from very distinct backdrops, both ‘CPI’s — the Communist Party of India and the Chamber of Princes of India opposed the Gandhi-led Congress movement of 1942. Indrajitbabu, as a loyal and policy-bound member of the Communist Party, stood with his party which opposed Quit India as it was directed against Britain which, in alliance with the Soviet Union, was fighting Hitler. Jayachamarajendra, crowned Maharaja in 1940, as a loyal and protocol-bound ‘21-gun salute Prince’, opposed the same movement in his state, emphatically, with other princes, in total solidarity with the British raj in the war effort. The two CPIs found themselves, in 1942, in the same trench, albeit in different parts of it.

Third, in the wake of India’s Independence, both Indrajitbabu and Jayachamarajendra, for very different reasons, got ‘stamped out’ together. This was not about them as individuals but about the institutions to which they belonged. The government of independent India, but more specifically, the deputy prime minister and home minister, Sardar Vallabhbhai Patel, banned the Communist Party of India in the rage of indignation after the party’s call, in its Second Congress led by B.T. Ranadive, for an armed struggle. And the princes were, of course, famously and deftly, made functus officio by him, in the calm of self-confidence, through the integration of their territories into the Indian Union. To adapt ‘Jack and Jill’, sickle, hammer, sceptre and crown, all four, came tumbling down and were compliant made with the new democratic State.

Communists are ideologically rooted, shaped and committed. But they are not robots. Marx and Engels, Lenin and Trotsky, Mao Zedong and Zhou Enlai, were ideological kin, not identical twins. Josef Stalin can be left to describe himself. As were, in India, M.N. Roy and S.A. Dange, B.T. Ranadive and P. Sundarayya, E.M.S. Namboodiripad and Jyoti Basu, A.K. Gopalan and Harkishen Singh Surjeet, Lakshmi Sahgal and Aruna Asaf Ali. But who could fail to be struck by their individual personalities? All of them wrote on the same page but using type-fonts that were their very own.

Born on March 18, Indrajit Gupta (1919-2001) was ‘Sunny’ to his parents, ‘Comrade’ to his party, ‘Sir’ to deferential younger MPs across party divides and to admiring officials who worked for him when he was briefly but memorably India’s home minister. Choosing his responses to match the context, he was always himself. Brusque, even gruff with the facile, fatuous or facetious even from among his own circle, he was gentle and considerate towards all, including political adversaries. He could question his party line without flouting it. As India’s first and so far only communist home minister he opposed a move by the then governor of Uttar Pradesh to terminate the state’s Bharatiya Janata Party-led government, for the step was constitutionally open to question. And he told Opposition MPs criticizing him: “If I were in your place, I would have done the same.” In our times when unnamed donors can contribute to uncountable election expenses, Indrajit Gupta will be remembered for the key recommendation of a committee on election reforms that he chaired: “The names of donors should be invariably declared.” His sense of justice came from communism, his sense of fairness came from himself.

Except in 45 out of the world’s 195 countries, royals are an extinct or rapidly extinguishing order. They are a living archive, a breathing monument, half sepia, half colour, uncomfortable with the past, uneasy about the future. And their present? It is difficult. If a fool, a prince, be he an incumbent or ‘ex’, occasions no surprise. If a debauch, no shock. But should she or he have, as indeed so many royals have, like all humans, their own uniqueness, a spark of talent or the gift of a skill, a personality of their own, they cause some disbelief and get to be dismissed as the exception that only... and so on.

Born almost exactly a hundred years ago, on July 18, Jayachamarajendra Wodeyar (1919-1974), the 25th and last Maharaja of Mysore, was exceptional. His large and strong frame looked like granite sculpture. ‘Majestic’ as an adjective never had a more natural subject than this monumental king with a broader than usual forehead, a brocade turban completing the larger-than-life effect. He had exceptional attributes going for his mind, of which sound political sense ranked high. Having been loyal to the British raj, his signing of Mysore’s Instrument of Accession to independent India, was swift. Moving from being Maharaja to becoming Rajpramukh and then governor of the merged and reorganized Mysore state, Jayachamarajendra was also governor of the neighbouring non-royal state of Madras. But if this prince is remembered today it is for something that was his own personal achievement, his own individual attainment: his vaggeyakara’s passion for composing tunes and lyrics. Jayachamarajendra composed a significant number of songs in both the Carnatic and Hindustani traditions. But it is the fate of gifted princes to have their gifts seen as borrowings. The extraordinary novelist, R.K. Narayan, has this to say of Jayachamarajendra: “The so-called compositions of the Mysore Maharaja were actually composed by Vasudevachar. The Maharaja would call Vasudevachar and say I want these phrases from the Devi Ashtottram and the composer would do his bidding”. Unconditional admirer as I am of Narayan as a writer and human being, I have to say that his assessment of the composer-King is certainly entertaining but unfair.

What do the synchronizing centenaries of an outstanding Indian Marxist and an exceptional Indian maharaja tell us today? This, that the individuality of its people, their contrasting affiliations, their passions are the soul of our republic, not monochromatic sameness trying to pass muster as unity. And that two seemingly unconnected Indians connect us today to that truth.

I am a Marxist and a private Marxist at that: Nachiketa

‘Maharaja’ is mightier than high commandji