Waste not, just eat it 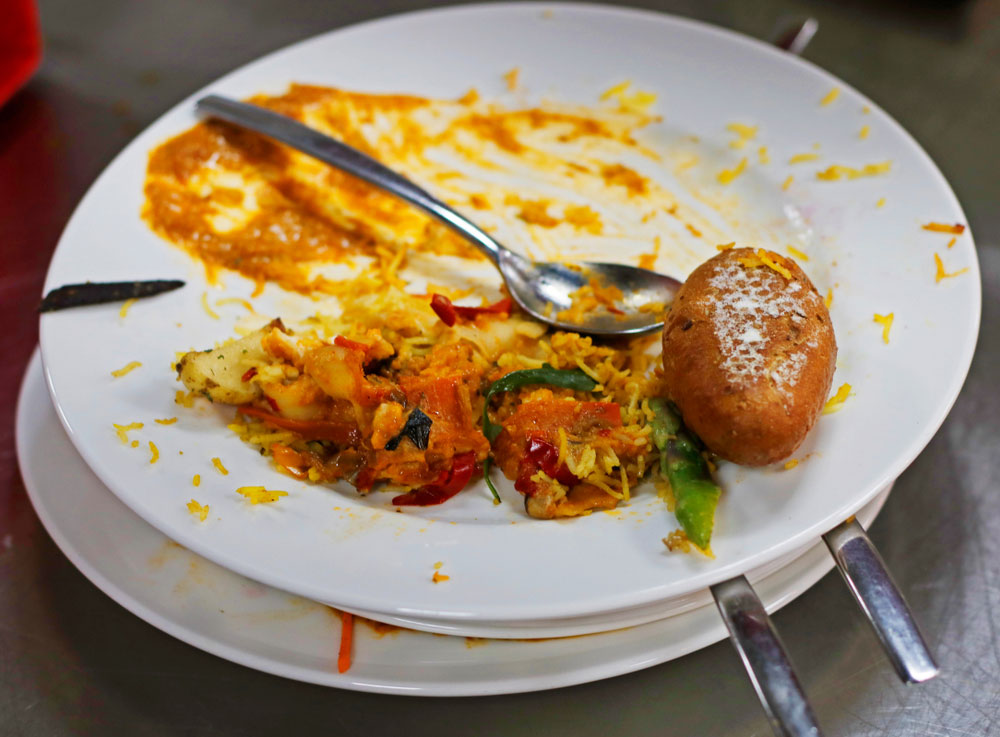 More than a decade ago, a Taiwanese friend took me to an all-you-can-eat seafood restaurant during one of my visits to Taipei. We had to take raw food materials from the refrigerators and boil them in the individual ovens placed in the dining tables before eating. However, there was something else that amazed me more. According to the restaurant rule, one needed to pay a penalty for leftover or wasted food, which was charged according to its weight.

A seafood restaurant called Hachikyo in Sapporo, Japan also imposes a fine if you do not finish your meal. The explanation is that the fishermen work in harsh and dangerous conditions. It is forbidden to waste even one grain of rice in your bowl as a mark of gratitude. The fine really works; hardly anyone leaves food unfinished.

The consciousness for not wasting food is slowly becoming more pronounced in this part of the world. In early 2019, a Telangana restaurant named Kedari Food Court was in the news for following a ‘carrot and stick’ policy to restrict food wastage. It would charge a fine of Rs 50 for wasting food, but give a reward of Rs 10 for a finished meal. Interestingly, the owner observed that people going there had become very careful not to waste food, and as a result, the number of times that the penalty was imposed had come down.

According to a Condé Nast Traveler report, several restaurants in Germany have started imposing a fine on customers failing to finish their meals. In 2016, Christian Schmidt, who was then Germany’s agriculture minister, said that the country would have an ambitious strategy to halve food waste by 2030.

A lot of food is wasted in our houses, restaurants, supermarkets and at social events. Upon learning that 40 per cent of the food produced in the United States of America ultimately gets discarded, the Canadian filmmaking couple, Grant Baldwin and Jenny Rustemeyer, made the entertaining documentary, Just Eat It: A Food Waste Story (2014), where they conducted a six-month experiment of eating only food that is discarded or will be discarded. Several food activists interviewed in the documentary spoke about the flimsy reasons for food wastage — largely aesthetic and economic.

Let us consider the case of the United Kingdom in 2017. About 6,00,000 tonnes of food in the restaurant business — a third of total production — is wasted every year in the UK. For every meal eaten in a restaurant, nearly 500 grams of food is wasted — through preparation, spoilage and leftovers on diners’ plates. According to the Waste and Resources Action Programme, food waste costs UK restaurants around £682 million per year, which has a huge financial and environmental impact. The US wastes $165 billion worth of food a year; 15 per cent of the wastage comes from restaurants.

The United Nations found that “global leftover food products are enough to feed 3.3 billion people”. Several food waste reduction programmes worked effectively in different parts of the world. These include waste-fed pigs in Japan, and a garden education curriculum in New Orleans. A disposal programme has reduced household food waste by 30 per cent in South Korea: food waste recycling devices installed in many areas automatically weigh the discarded food and disposal fees are billed based on the weight of the food waste that a family generates.

Food wastage in India is also immense. The Food Safety and Standards Authority of India was reportedly drafting rules to check wastage at restaurants and social events such as weddings, and was dealing with issues such as hygiene and transportation of the leftover food. The Delhi government was also preparing a draft policy to keep a check on food wastage at social events in the capital. Public consciousness is important; so is the strict imposition of fines. For example, charging small amounts for plastic bags has drastically reduced their use in US supermarkets. Food, after all, must go into our stomachs, not garbage bins.

The need for sustainable food