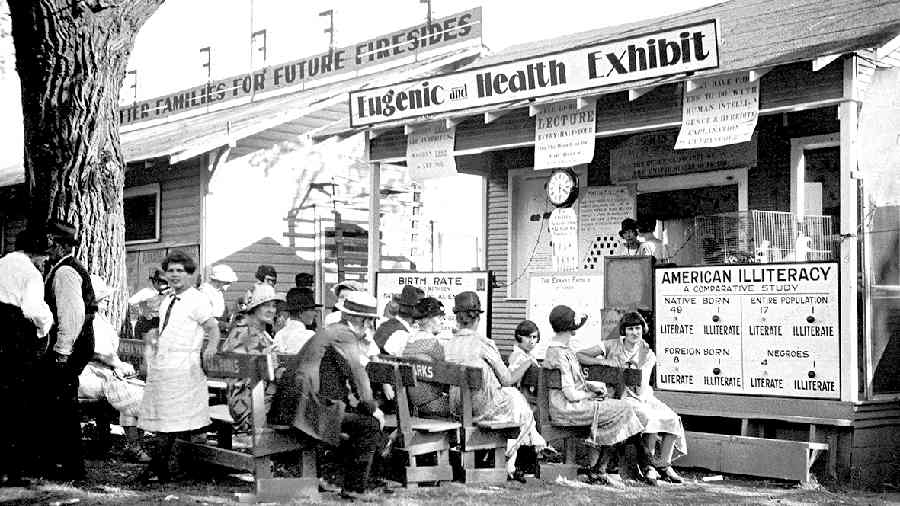 In September 2019, a research article crucially important for South Asia was published in Science under the title, “The formation of human populations in South and Central Asia” (Science, Vol. 365, No. 6457). Concerning the genetic study of several hundred ‘ancient humans’, the article was jointly authored by 108 collaborating scientists working in some of the best science institutions in more than twenty countries. It stated, “The primary ancestral population of modern South Asians is a mixture of people related to early Holocene populations of Iran and South Asia that we detect in outlier individuals from two sites in cultural contact with the Indus Valley Civilization (IVC)... After the IVC’s decline, this population mixed with northwestern groups with Steppe ancestry to form the ‘Ancestral North Indians’ (ANI) and also mixed with southeastern groups to form the ‘Ancestral South Indians’...” The report generated further research by other scholars in archaeology and genetics over the last few years.

A report with such technical complexity and scientific depth normally tends to remain outside the horizon of the interests of citizens. Yet, it acquires significance today since some deeply-disturbing terms, which the civilised world discarded long ago, are being resurrected in India. The most crucial among these is the term, ‘pure’. On the face of it, it is not an offending word. It gets used for any unadulterated variety of food or drink or jewellery or metals. That, indeed, has been its meaning in all domains of language except one. The exception is Eugenics, a theory severely condemned as ‘an immoral science’. In it, the term, ‘pure’, and its antonym, ‘impure’, used as adjectives for ‘blood’, provide the foundation for racism.

In the German language of the 1930s, untermenschen  — subhumans — was widely used for people other than ‘people with pure Aryan blood’. Nine decades later, the world has not yet overcome the horror and the tragedy wrought by untermenschen-sociology. It was not just an unscientific idea and an immoral politics but it also became the theoretical handle for forcing millions of innocent humans to concentration camps and mass graves. Eugenics applied Johann Fichte’s nineteenth-century ideas of Volkisch nationalism to social restructuring. The stormtroopers of Adolf Hitler, who made a complete mockery of any civilised law and the technological might of Germany, were the pillars that created Hitlerism.

The main justification provided by Hitler for violence and cruelty was that the Serbs, Poles, Jews, Gypsies and Asians were not of the ‘pure Aryan blood’ and, therefore, did not deserve to survive. Within two years of Hitler’s coming to power, in May 1935, the Jews were banned from entry into the armed forces and in September that year the most shameful law for the ‘Protection of German Blood and German Honour’ was passed. It criminalised intermarriages and sexual relations between ‘pure blood Germans’ and the ‘polluting’ Jews.

Shocking though, the ugly term, ‘racial purity’, has found its resurrection in India in 2022. The Union ministry of culture has put out, as The New Indian Express reported on May 28, funds for DNA profiling kits and instruments for “establishing the genetic history and trace the purity of races in India”. The scientist at whose behest the project is being launched stated, “We want to see how mutation and mixing of genes in the Indian population has happened in the last 10,000 years” and went on to add, “We will then have a clear-cut idea of the genetic history. You may even say that this will be an effort to trace the purity of races in India.”

The culture ministry quickly declared that the news was fake. The scientist in question distanced himself from the report by claiming that his words were wrongly reported. Following the claim and the counterclaim, a group of eminent scientists in India issued a statement, warning how dated and how dangerous the notion of ‘race’ is, and how genetics no longer looks at it as ‘scientific’. The group that issued the statement included some of the most illustrious Indian scientists and historians.

Chilling and completely out of sync with the Constitution, what, indeed, can be the ‘purity of races’ in the Indian context? Is it tied to the age-old caste system based on the fear of pollution? Or is it trying to target the migrants to India during medieval times? The present regime requires no genetic tests for creating second-class citizens; it has already invented many methods to divide society.

One can get to the heart of the project by looking at the list of ‘communities’ that have been subjected to gene-testing. They are, typically, the ‘language isolates’— such as the Nehalis in the Buldhana district of Maharashtra — or the adivasis, such as the Jarwas and the Nicobarese of Andaman islands or the Malpaharias and Kondhs of Odisha. These precisely were the communities targeted when two decades ago the pharmaceutical multinationals were in search of ‘unadulterated cells’. That search proved to be a mere chimera. If genetics knows so, why go for the adivasis again? The answer is it is already well-established that the different populations in India have claim to a shared mitochondrial DNA, the one inherited from the mother’s side. Using this already-known scientific fact, the culture ministry’s project can easily move to ruling out the adivasis as the sole first inhabitants of the subcontinent. That will clear the path for propagating the unscientific claim that the imagined pre-Harappan, Sanskrit-speaking people migrated from India westward to the rest of Asia and towards the north into the steppes. The Rashtriya Swayamsevak Sangh’s view of history is obsessively interested in proving that Sanskrit was in use during the Indus Valley civilisation times. This view, entirely unsupported by scientific evidence, claims it was first developed in India and then it spread out in the rest of the world as the ancestor of many languages outside India.

For half a century before Hitler came to power, similar arguments were put forward regarding the imagined prehistoric home of the Aryans. The game, this time, is the same even though a group of more than one hundred best scientists has already exposed the absurdity of the claim. The RSS has built for its cultural narrative a castle of sand. Is the culture ministry building a pseudo-scientific showcase for it? Its outcome will not just deny the adivasis their cultural space and deny science its legitimacy but also accord legitimacy to the social disharmony between the so-called ‘pure’ and ‘impure’ citizens. As genes get inspected and words get resurrected, the guarantee of equal citizenship given by the Constitution may get mired in hatred and stark injustice.

‘Pure’ is not just an innocent adjective. It can turn vicious when applied to ‘race.’ Let us hope that the ministry of culture publicly assures Indians that it will not be a party to the idea for which there should be no place in civilised society.